Despite having to spend much of the game withstanding Doncaster Rovers pressure, with Dunny forcing U’s stopper Dimi Mitov into multiple good saves, Cambridge United made it four wins on the bounce thanks to goals from Harvey Knibbs, Harrison Dunk and Sam Smith.

Good work from Jack Lankester saw the midfielder break free before playing in Harvey Knibbs to slot under Louis Jones to score his sixth goal of the season in additional time at the end of the first half. Harrison Dunk doubled the U’s advantage on 62 minutes following a sublime curling cross from Adam May evading the Donny defence before falling to Dunk who headed home his first of the campaign.

Joe Dodoo did half the deficit before Sam Smith ensured the points would stay in Cambridgeshire after scoring his 12th of the season in additional time.

Following his goal that secured a memorable 1-0 victory over Premier League Newcastle in the FA Cup Third Round a fortnight ago, striker Joe Ironside once again provided the goods after nodding in Wes Hoolahan’s free kick in the first minute of stoppage time against Lincoln City on last weekend.

David Artell’s men arrive at the Abbey Stadium on Saturday having considerably boosted their survival chances – after picking up maximum points in three of their last six League One outings. Including an impressive 2-1 win over Charlton Athletic recently. Oliver Finney’s 38th minute goal, having responded quickly to Mikael Mandron’s initial shot being saved, saw the hosts take the lead. Crewe then doubled their advantage on the stroke of half-time, with Mandron again involved after heading home Tom Lowery’s cross.

Second half substitute Mason Burstow did half the deficit with ten minutes to play, however Crewe – despite a controversial offside call ruling out Elliot Lee’s late goal – were able to hold on for a massive three points at the Mornflake Stadium.

Most recently, a goalless draw at home to Shrewsbury Town on Saturday has seen the Railwaymen claw their way to being within just four points of safety, having sat bottom and seven points shy of then 20th placed Morecambe, following a 2-1 defeat to Ipswich Town towards the back end of November. 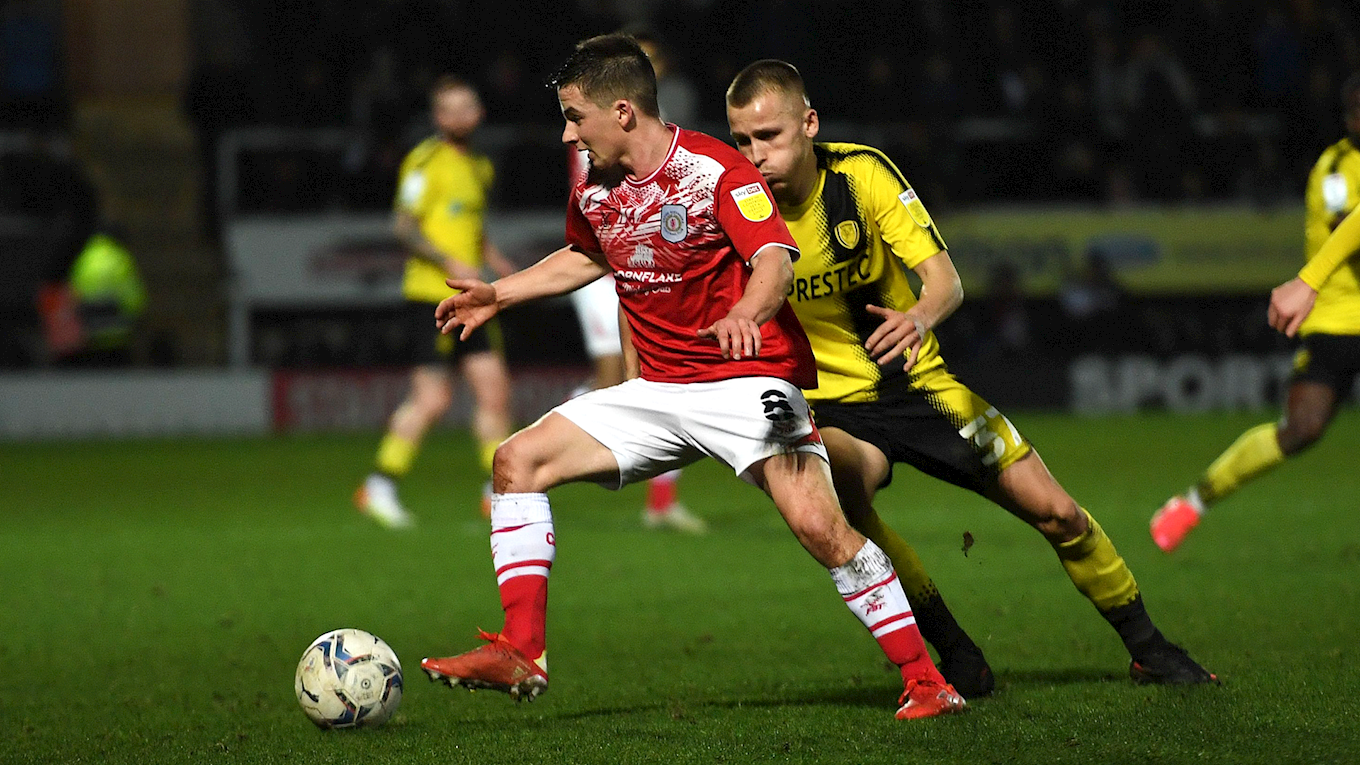 A product off the ever-impressive Crewe academy production line, the midfielder, now 24, has firmly locked down his position in the Railwaymen’s midfield three having properly announced himself on the first team stage three seasons ago. The Alex’s upturn in form is no surprise having been in direct correlation to Lowery’s growing influence within the team, with the midfielder contributing to three goals in Crewe’s last four League One games.

Memories of the two sides 2-2 draw at the Mornflake Stadium will be fresh in fans’ minds having only met in the league at the start of October. Adam May’s dramatic last-minute strike salvaged a point for the Mark Bonner’s side on the day, having seen his side fall two-goals down before half-time after Oliver Finney and Scott Robertson fired Crewe into a commanding lead after just 26 minutes.

However, a dominant second half display from the U’s was rewarded with ten minutes to play, with Sam Smith’s initial shot being bundled into his own net by ‘keeper Will Jääskeläinen, before Adam May fired home from the edge of the area in the 94th minute to see the points shared.

History favours the hosts as they prepare to welcome Crewe this afternoon, having seen the U’s run out victorious on 15 of the 32 occasions both sides have clashed – with Crewe coming out on top eight times.

Prior to October’s clash, then United loanee Sam Smith’s brace, coupled with an excellent Paul Lewis header, saw Colin Calderwood’s side run out 3-2 winners against eventual League Two runners-up Crewe in an entertaining affair at the Mornflake Stadium in 2019.

U’s Head Coach Mark Bonner appreciates the challenge his side will face this weekend, “They have a lot of good players and are a good to watch. I’ve watched Crewe now quite a bit, I went to Portman Road just before Christmas, they fell to a narrow defeat, but they were really competitive in the game.

“They’ve recently had a big win against Charlton and did well then as well as picking up a solid point against Shrewsbury last weekend. They've got some good points recently and have clawed back really what was a little bit of a gap.

“What they do as a club, developing players and selling them on; they've lost some really key players in the squad and then have had to start a new cycle with quite a lot of younger players integrating into the first team.”

Sam Allison has been appointed as referee for Saturday’s Sky Bet League One match between The U’s and Crewe Alexandra at the Abbey Stadium.

He will be assisted by Andy Bennett and Samuel Ogles. The fourth official will be Andrew Aylott.