Mark Bonner was beaming with pride that his Cambridge United side topped off a monumental week with an assuring 2-0 victory over Lincoln City.

The three points, which never looked in doubt once Joe Ironside lashed home his first of two, sees the U’s roar up to 5th in the Sky Bet League One table.

“We’ve spent a lot of time recently talking about momentum in games and taking the game when it’s there for us. We took it in a five-minute period where I thought we were very ruthless in our attacking play. It was a really good first-half with two excellent goals.

“In the second-half, it’s not a situation we’ve often been in. Playing against a team that make the pitch big, hid the ball from us and made us cover big distances. However, we never felt under huge threat so the game was fairly balanced. We just had to work and grind our way through it.

“In the end, we’ve played ten games in 36 days and the players get two days off now for the first time since we came back in June and they deserve it – they’ve been great. Four home wins out of four here in the league is a pretty good start.”

The Head Coach was keen to pick out the quickfire strikes, which oozed class and completely caught out the Imps.

“The movement, the runs and the opportunities we created there were great. Knibbs’ brilliant run and really unselfish, but clever, decision to cut it back and Sam (Smith) was excellent in the build-up.

“We looked a good threat and played the game exactly how we wanted to. We saw the game out quite well without too much drama on our goal. We’re pleased for Joey, pleased for the goals, but pleased with how we managed the game.”

On the other end of the pitch, United’s backline rose to the occasion when called upon to clinch a hard-earned clean sheet.

“We had good concentration about us today. I thought the centre-backs defended the box really well and Dimi didn’t have to make too much saves, we weren’t under huge threat so, whilst we had to work incredibly hard as a team to limit their opportunities, we did that quite well.”

As for records, the afternoon marked a fourth consecutive win on home soil in the league. The last time United kickstarted a season with this run was back in the 2013/14 promotion-winning campaign. Bonner was evidently pleased by this.

“We talked about preserving this record here, fighting to do that, but more than that playing to do that as well. You want to do everything you can to keep building on what we’ve done and that’s a nice step towards that.”

Last but not least, it was the cherry on top of a successful couple of days for the club, who announced the buyback of the Abbey Stadium on Friday afternoon. The security going forwards is an emotional one for the U’s faithful, who’ve seen their club go from turmoil in 2004 to euphoria in the present day.

“I told the story of the last 18 years to the boys today and how I had to go elsewhere before I could live the dream. Look, it’s a big moment and it’s not about the coaching staff or the players, it’s about the club, the longevity and sustainability.

“I’m not the Manager when I’m saying this, I’m the boy that stood in the Habbin like the thousands of others that were here today. It’s pretty remarkable we’ve found ourselves back in this position and I heard the best song today, ‘we’ve got our Abbey back’. The future of the club is back in our hands and we have to say thanks to the owners for that.”


It's matchday at OUR Abbey Stadium as the U's take on Lincoln City looking to make it successive wins in League One... 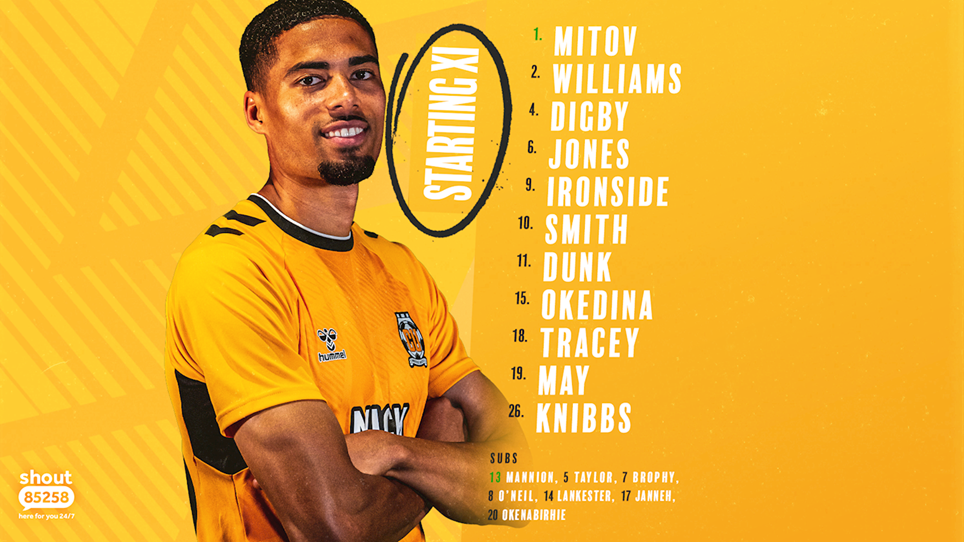 
Following on from last week's win against Burton, the boss has named an unchanged side to take on Lincoln this afternoon... 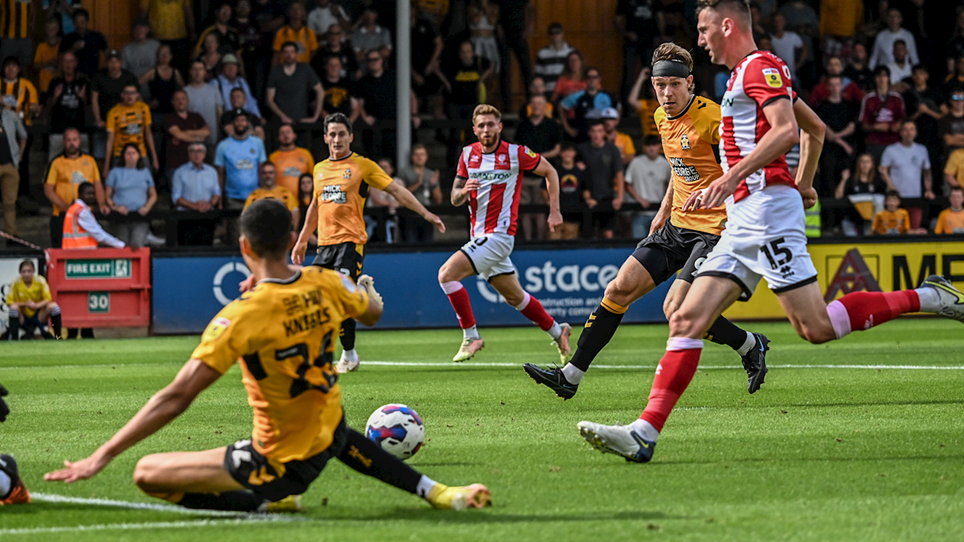 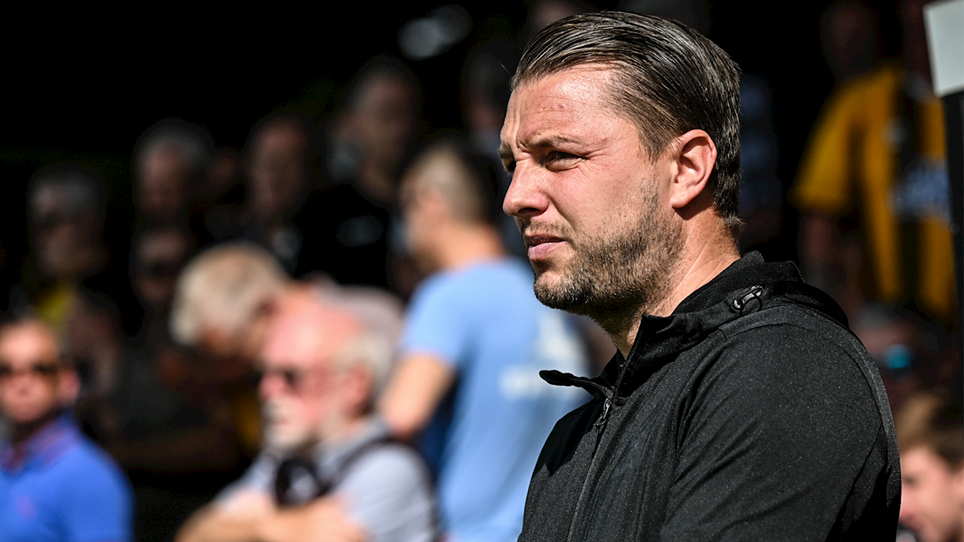 Bonner: "We know we’ve got a strong squad"


“If we can find the level we know we’re capable of, we’ll give ourselves a chance…”

Bonner: "We were pleased with the opposition we played"


Mark Bonner was happy with his team's performance over the two games this weekend against Notts County... 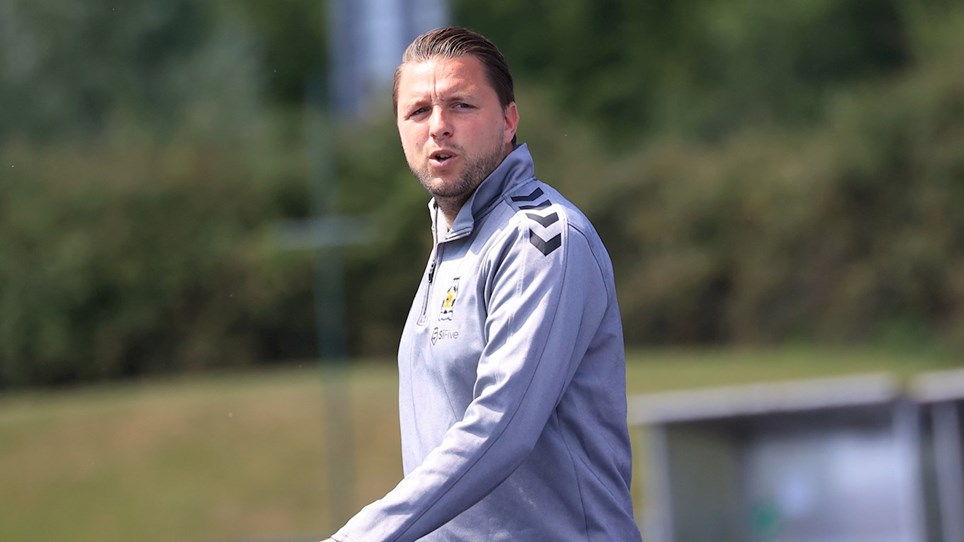 Bonner: "The week has been everything we wanted it to be"


Mark Bonner has been pleased with his side’s efforts over the past week, as pre-season preparations have intensified in South Wales…