Mark Bonner’s men sit in 20th following the solitary win in nine and have endured a sticky patch in front of goal, whereas the hosts are rooted to the bottom of the table and are winless in seven. With six points separating the sides, the U’s are out to increase the gap and raise spirits.

Just under 250 tickets have been snatched up ahead of the tie in Nailsworth, which now kicks off at the earlier time of 1:00pm. Supporters who wish to join us can buy their tickets for the match online at cufctickets.com or over the phone by calling 01223 566500. Supporters will be allocated four away credits for this fixture.

Fans who are unable to make the game will be able to stream the game live with an iFollow Match Pass. Passes cost £10 and are available to purchase by clicking here. Alternatively, you can follow live match updates on the day through United’s social media channels.

A well-documented, forward-thinking club, Forest Green Rovers enjoy sustainability, but continue to push the boundaries environmentally and on the pitch following two quick promotions under Mark Cooper in 2016/17 and the respected Rob Edwards in 2021/22. Owner Dale Vince is adamant the side will complete a treble and ply their trade in the Championship one day, but for now, Ian Burchnall’s group need to dig in and grind out results.

Rovers’ curtain raiser resulted in a last-gasp victory at happy hunting ground Bristol Rovers, before Ipswich Town edged them out next and Connor Wickham rescued a point against Lincoln City – overall, an intriguing start. However, three successive losses followed, where they conceded ten without reply. Fortunes changed slightly, as they secured a first win at the New Lawn and shared the spoils at Charlton Athletic. Another hat-trick of defeats dampened spirits, but a stubborn win against strong-starters Bolton Wanderers raised hopes. Frustratingly, that was the last time they tasted victory – they’re since winless in seven, drawing three in that time. Although they’re rooted to the bottom of the table, all four in the drop zone have obtained 14 points, six points behind the U’s.

Following a summer of transformation following the loss of key figures, Jordan Moore-Taylor remains at the heart of a three-man defence, whereas Corey O’Keeffe supplies excellent ammunition in the wing-back spot which was vital to last season’s success. Brentford loanee Myles-Peart Harris has already amassed 20 appearances behind the vastly-experienced Wickham, whilst fellow target man Jamille Matt has always proven a handful when fit.

United crashed out of the Emirates FA Cup at the Second Round stage in their last outing as lower-league Grimsby Town picked up a last-gasp 1-2 success.

Falling to the small banana skin, the Mariners ultimately deserved their victory. Otis Khan capitalised on growing pressure, but although the U’s looked in control of the encounter after Sam Smith equalised, a mishap in the middle of the park allowed Khan to secure the win near the death.

Following the defeat, the Head Coach acknowledged that, stating: “At 1-1, I thought we were going to drive on and win the game but we didn’t create enough moments and then conceded the easiest goal they’ll score all season.”

The current form, which has now stretched to two wins in 13 in all competitions, has understandably caused frustration and worry within the fanbase, but the fact that full focus can now be on the league may put the team in good stead going into the Christmas period.

That starts on Saturday, as United hit the road for the first time in almost a month. Against another side desperate for points, a potentially cagey matchup awaits, but this side always relish a challenge.

In regards to team news for Saturday, Zeno Ibsen Rossi has returned to training and will be available for selection, with everybody else fit and ready bar the longer-term absentees.

Although this may be the first ever meeting between the sides in the third tier of English football, they’ve pitted their wits against each other numerous times in Sky Bet League Two and primarily in non-league.

Last time out, the U’s picked up a pivotal three points towards their promotion pursuit in March 2021 when, in a scintillating first half, a moment of magic from Wes Hoolahan proved the difference at the Abbey.

Speaking on that day, Bonner heaped the praise, stating: “I thought we were brilliant. Real energy and intensity, good pressing, used the ball well and caused them lots of problems.”

Before that, Rovers had won five on the bounce against United and were undoubtedly a real bogey team following their promotion to the Football League. In April 2019, a win in Nailsworth assured at least a place in the play-offs for the hosts, but results elsewhere confirmed safety for the U’s. Paul Digby scored just the solitary goal during his stint at our opponents – funnily enough, it came against the men in amber in the reverse fixture. 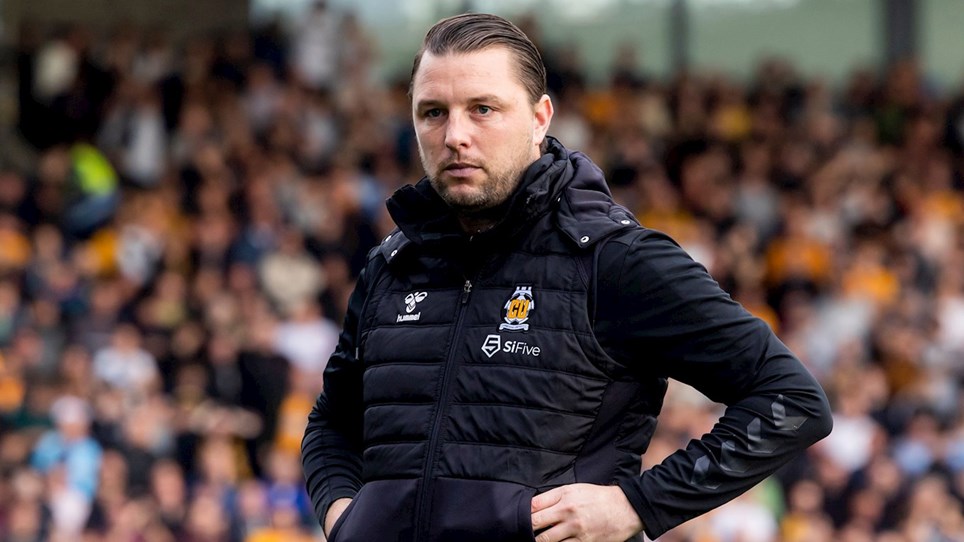 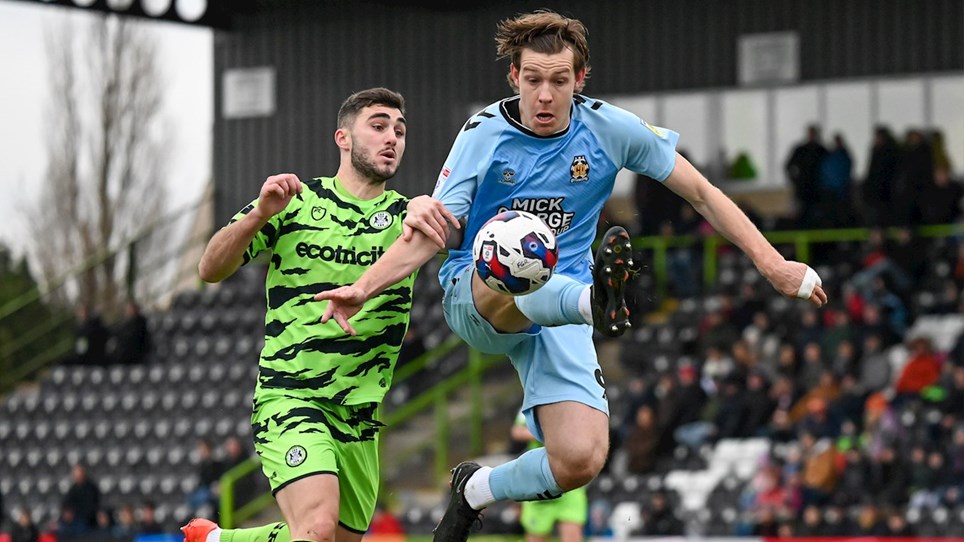 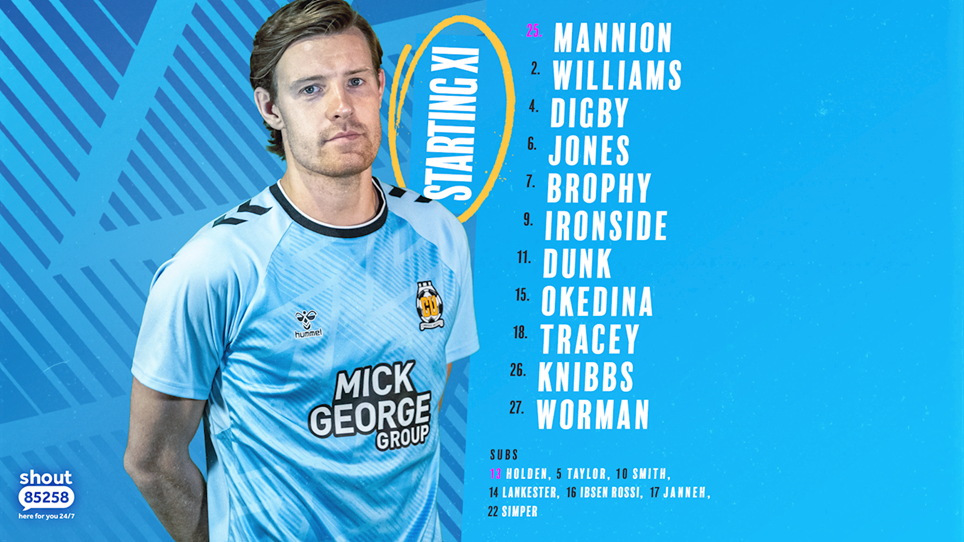 
Mark Bonner names one change to the side that faced Grimsby Town, ahead of this afternoon's New Lawn clash... 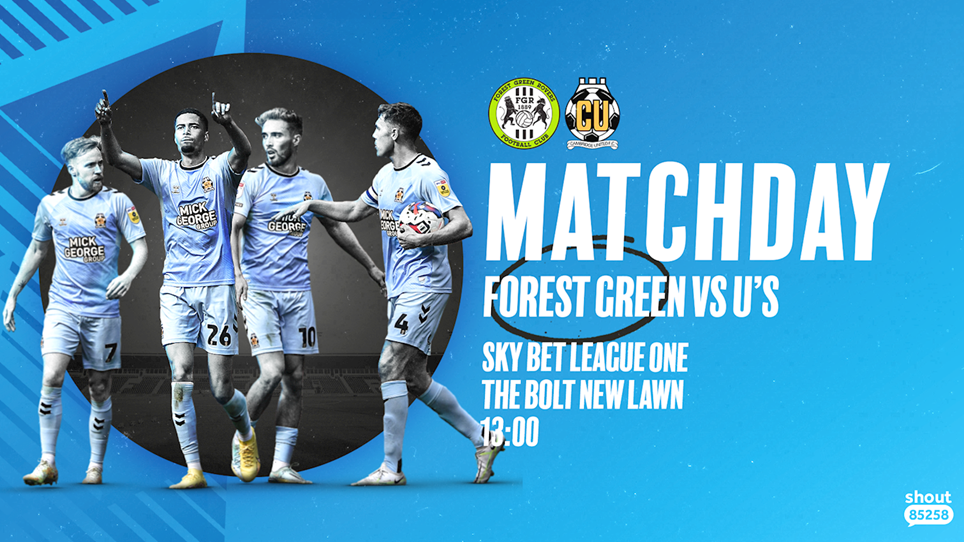 
The U's are back on the road for the first time in three weeks as they face Forest Green at the Bolt New Lawn... 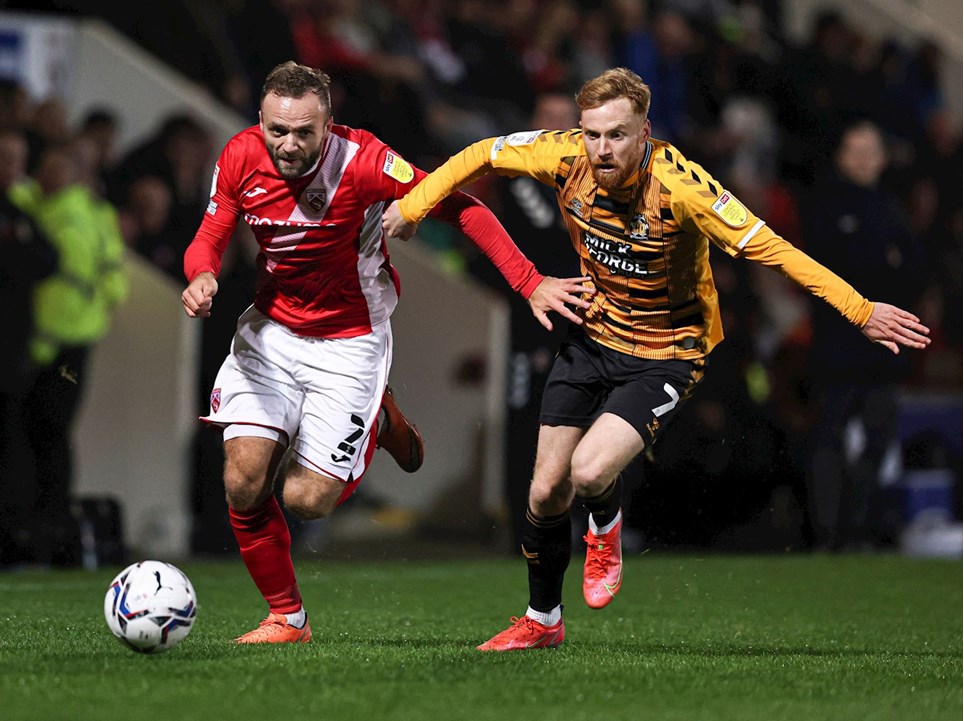 
Cambridge United prepare to welcome Morecambe to the Abbey Stadium on Saturday afternoon in a crucial Sky Bet League One clash... 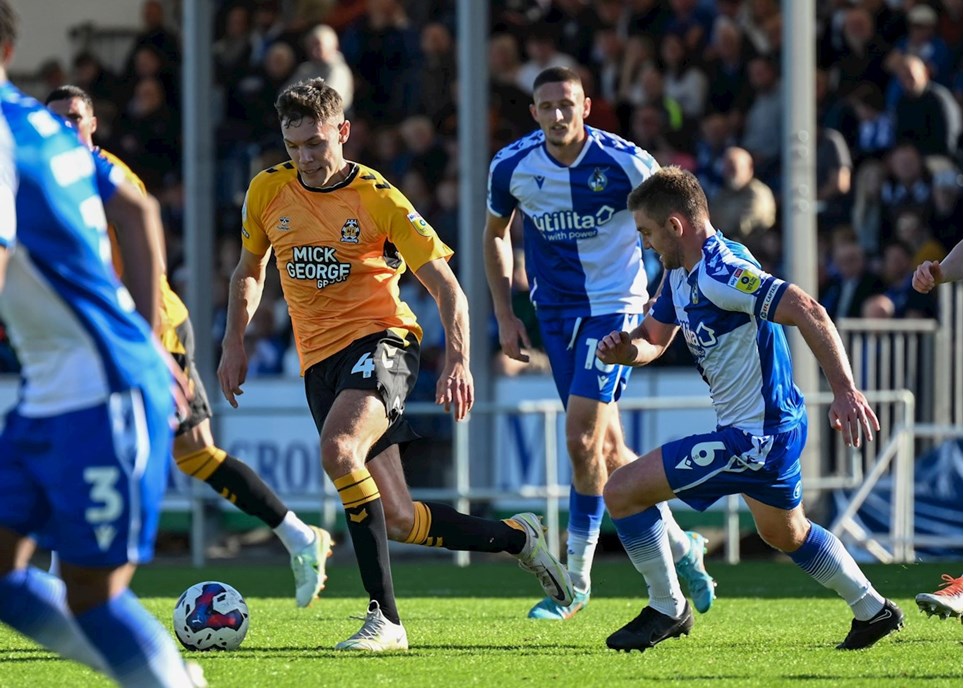 Match Preview: U's vs The Gas


The Abbey Stadium hosts its first Sky Bet League One encounter of 2023 on Saturday afternoon as Cambridge United welcome newcomers to the division, Bristol Rovers... 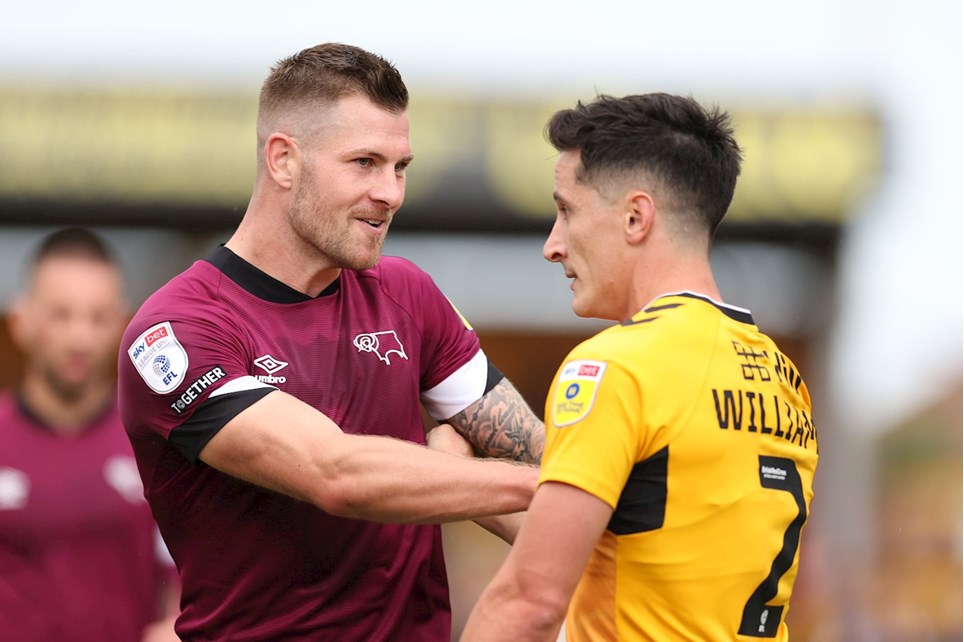 
Cambridge United look to round off 2022 with back-to-back Sky Bet League One victories when they make their first visit to Pride Park on Friday evening to take on play-off chasing Derby County...


The final clash at the Abbey Stadium in 2022 sees Cambridge United take on top-half Shrewsbury Town in their latest Sky Bet League One outing...