Mark Bonner’s men head into Saturday’s FA Cup tie off the back of consecutive wins and shut-outs, as Jensen Weir’s header earned the U’s all three points against AFC Wimbledon on Saturday before academy graduate Ben Worman and Joe Ironside sealed another valuable three points at the Mazuma Stadium on Tuesday night.

Prior to this week, United had been enduring their longest stint without a win this season – having gone seven games without one. However, wins against AFC Wimbledon and most recently Morecambe has seen the U’s jump up to 10th in the table.

There’s been no relegation hangover for Jon Brady’s Cobblers, who currently sit third in Sky Bet League Two having won four games on the bounce – a run in which has seen the Cobblers score 12 goals without reply.

Despite impressive league form, a much-changed Northampton side, packed with five academy players, fell to defeat at the hands of Brighton Under 21’s on Tuesday, as goals from Evan Ferguson and Lorent Tolaj condemned Brady’s side to defeat and in turn ended any chance of qualification out of group Group D in the Papa John’s Trophy.

Prior to Tuesday’s defeat, former U Paul Lewis bagged himself his first professional hattrick as the Cobblers ran out comfortable 3-0 winners against Carlisle United on Saturday. A result that moved Northampton into League Two automatic promotion contention. 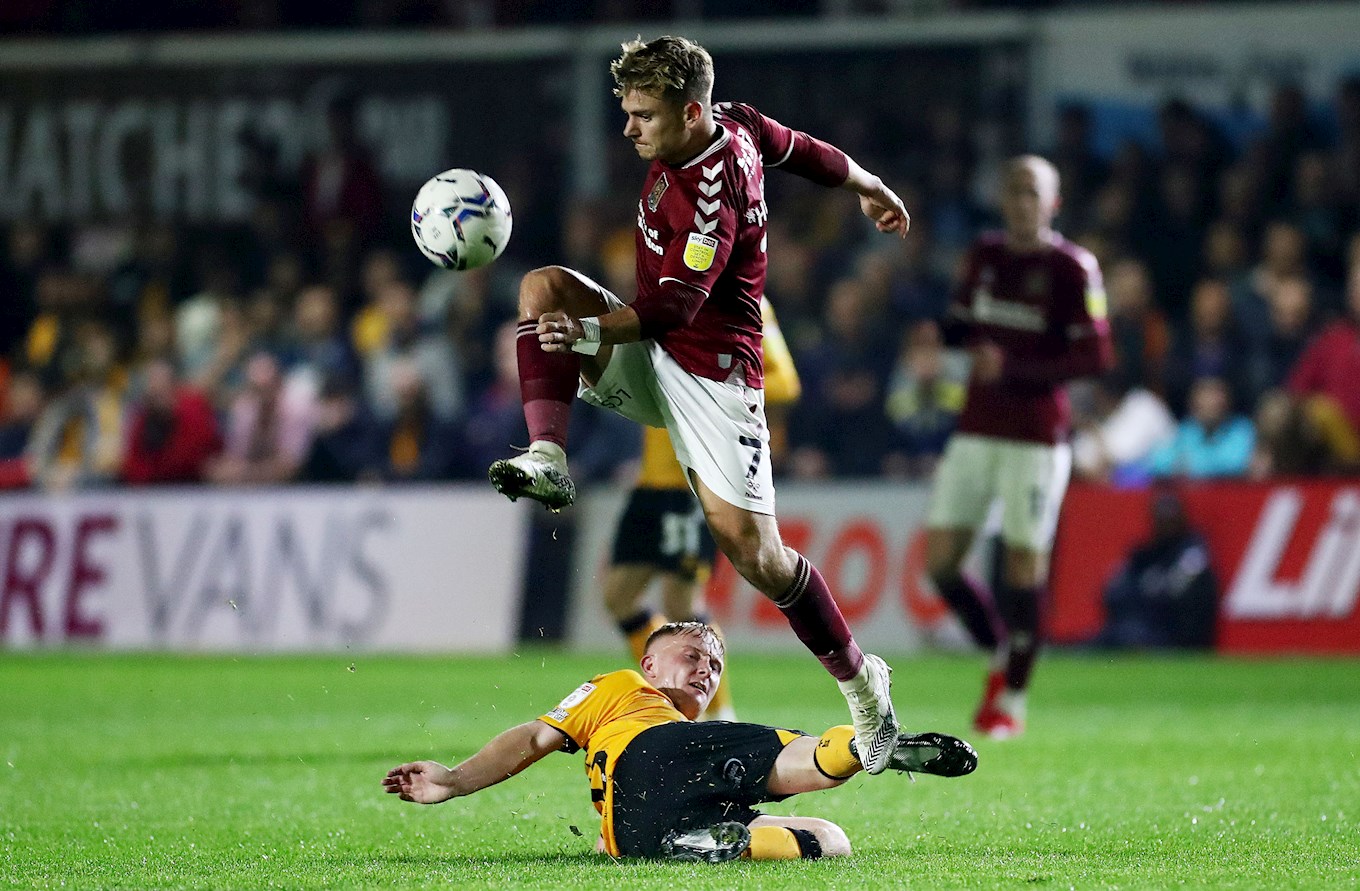 Cobblers fans will be eager to see star man Sam Hoskins return to the starting eleven, having missed the previous two league games through suspension. The versatile forward, who’s been deployed predominantly as a right winger this season has already contributed to six goals in League Two this season. The former Southampton man has created six ‘big chances’ this season – a stat only bettered by one person in the fourth tier.

It’s Saturday’s hosts Northampton who boast historical bragging rights over the U’s, with the Cobblers winning on 18 of the 44 occasions both sides have met – four better than United’s 14 wins.

In the most recent competitive clash between the two sides – disregarding the 0-0 draw in pre-season, George Taft’s own goal, coupled with Harry Smith’s finish without a United reply earned Keith Curle’s Cobblers the three points at Sixfields en route to their eventual promotion via the playoffs in 2019.

David Amoo’s late, late goal won the U’s all three points at the Abbey back in January 2019, as Colin Calderwood’s side ran out 3-2 victors against Saturday’s hosts.

U’s Head Coach Mark Bonner expects a tough battle against Northampton on Saturday: “We have to go and be ready to play against a really inform team. We played them in pre-season, so we have a bit of knowledge of Northampton and now we have to go into the game and try and back up what has been a really good week for ourselves so far.

“They are a team that are really hard to create chances against, they have had very few chances conceded in the last four games and in the wins, they have had lots of clean sheets. There is a physicality about them, as well as a directness to their play. They share some similarities with us I think last year, and we know that they have some good players; some of them we know well.

Jon Brady will not be making any early calls to his Cobblers side ahead of Saturday’s game: “We have had to assess the illnesses and injuries, we had one or two extra bodies in training on Thursday and we are hopeful of having maybe one or two more back before the weekend.

“We will leave it as late as we can to make any decisions, but we have got to look at the fitness levels and at the moment it’s a bit of a waiting game.

Martin Coy will head up Saturday’s clash against the Cobblers, with Adrian Tranter and Marvyn Amphlettcoming in as his assistants. Kevin Howick will oversee the game as Fourth Official.

U’s fans are able to buy tickets from the Sixfields Stadium South Stand Ticket Office on Matchday at the following prices:

Disabled supporters are to pay at the appropriate age bracket and personal assistants can claim a ticket free of charge. Please note, there are no cash sales on Matchday and all purchases must be done with card.