Cambridge United is taking part in a Social Media Boycott from 15:00 on Friday 30th April and 23:59 on Monday 3rd May to make a stance against online abuse and discrimination…

The Cambridge United, Community Trust, Academy, Development and Women’s platforms, in addition to the accounts of all players and staff will switch off, whilst calling on Social Media companies to switch on, and change their attitude with regards to the racism, abuse and vitriol that lives on their platforms.

Cambridge United stands in solidarity with the wider footballing community in the fight against racism and abuse.

CEO Ian Mather said, “It is clear that something has to change with the way that social media companies deal with online abuse and discrimination. It is simply too easy to sit behind a keyboard and write despicable things to whoever you want, with no consequence.

“The effect that this has on people from both within and outside the game of football is incredibly damaging and the time is now to demand change.

“We all know there can be many positive benefits from social media but too often at the moment we are seeing it used as a platform for hatred and abuse. And that has to stop.”

Cambridge United hopes that the collective action of English Football will help drive the change that is needed to allow supporters, players and staff to be able to enjoy the benefits of social media once again, without fear of being subject to abuse and discrimination.

The Club echoes the thoughts of the collective football community, as stated in English Football’s Open Letter to Social Media, that not enough is being done by those in-charge of Social Media platforms to prevent and act-upon the abusive messages that are common place. Enough is Enough.

Cambridge United would like to thank its partners for their support and understanding on this matter. Updates from the Club will still be posted on cambridge-united.co.uk, including coverage of Friday’s game at Harrogate Town. 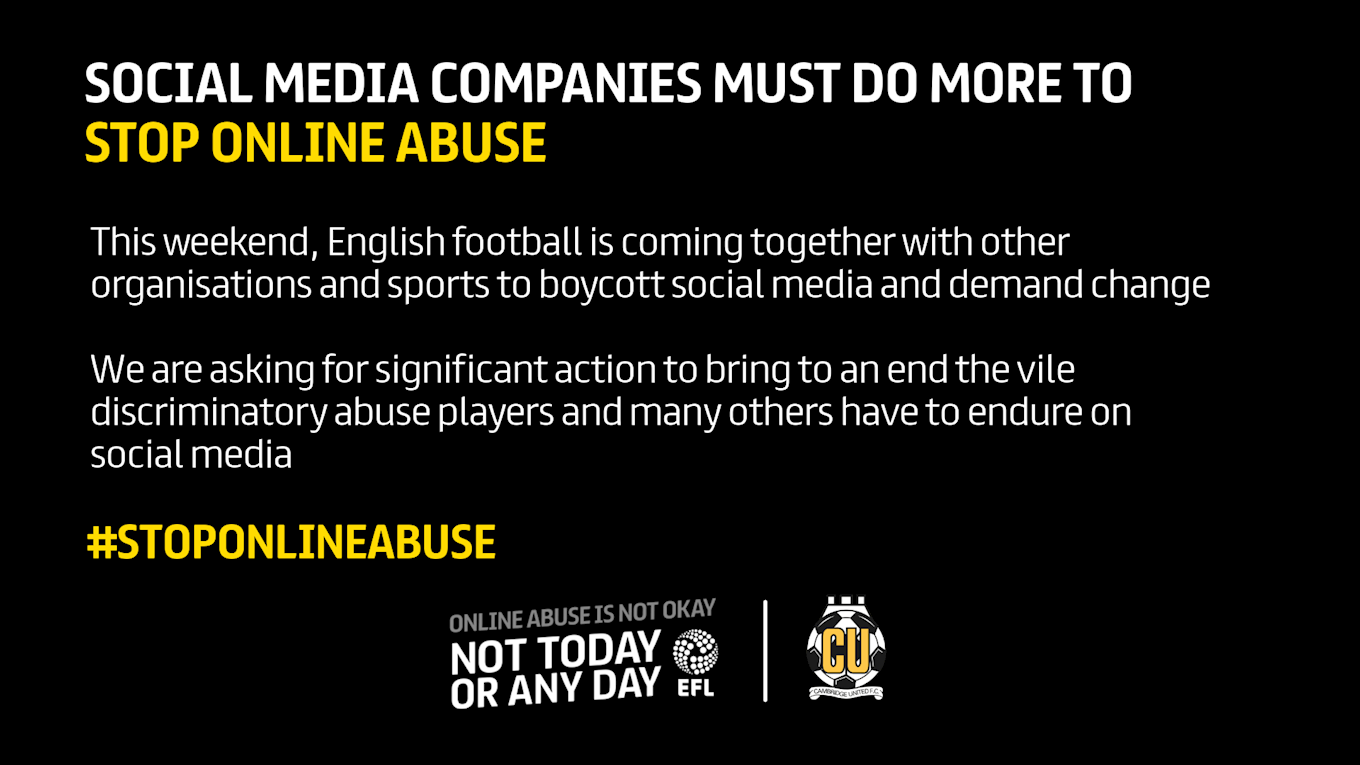