Cambridge United look to secure a winning return to the Abbey Stadium as they take on promotion-chasing Ipswich Town in front of a bumper crowd on Saturday afternoon...

Going into the anticipated tie against their East Anglian rivals, the U’s have laid a great defensive foundation after they picked up their first point of 2023 following four consecutive defeats. Acknowledging their underdog approach, their resolve will be tested once more against Kieran McKenna’s men, who have plummeted the most in the division and remain hot on the trail of their title rivals.

Saturday afternoon’s clash kicks off at 3pm, with tickets available for fans to buy online at cufctickets.com.

A potential sell-out is expected, with sales extremely limited in the Main Stand, Newmarket Road End and North Habbin. To avoid disappointment, please secure your place well in advance as it is unlikely tickets will be available on the day.

Previous purchase history within the past two seasons is required and will be verified automatically through the online accounts of supporters at CUFCTickets.com. If buying in-store, fans will be required to bring proof of purchase or to help identify their online account history.

Oozing with rich history, Town are determined to recapture the glory days and make a rise up the Football League. Under the tutelage of the knowledgeable Kieran McKenna, they’re primed for their first real promotion charge since dipping down to the third tier for the first time since 1957, four years ago. The former FA Cup and UEFA Cup winners have seen their fortunes changed since the Northern Irishman entered the fray in December 2021 and are on course to better their previous rankings of 11th, 9th and 11th by some distance.

Getting off to a rampant start, Ipswich remained undefeated in their opening nine matches, registering 21 points and keeping five clean sheets, with 3-0 successes against MK Dons and Shrewsbury Town the pick of the bunch. Despite falling to a comeback defeat to title-chasing Plymouth Argyle, they responded with three victories on the bounce, scoring eight in the process. A 0-1 loss against Lincoln City, still their only defeat at Portman Road, hurt, but they proved strong in their next seven, going unbeaten with important successes against Derby County and Peterborough United in the middle of surrendering a dramatic 4-4 draw against Charlton Athletic.

Throughout the Christmas and New Year period, McKenna’s men won one in six, but bounced back last time out with a comprehensive 4-0 demolition of Morecambe. Still going strong in the FA Cup too, they took Burnley to a Fourth Round replay last weekend with a stern display. Plundering 53, the division’s top goalscorers maintain 3rd position, with four points separating them from both 2nd and 5th. In a league full of heavy hitters, Town will surely be fighting for something come May.

Boosted by a plethora of experience, solidity and firepower, Town are a versatile side who enjoy taking the game to their opponents whatever their formation – whether it be a 4-2-3-1 or a 3-4-2-1. Christian Walton, who last season set a club record for the length of time without the team conceding a goal, continues to be a mainstay – he’s kept ten clean sheets so far this campaign.

With many options at their disposal, the returning Harry Clarke could prove a real coup, whilst George Edmundson and Luke Woolfenden’s partnership at the back continues to blossom. The energetic Leif Davis has been a revelation in the wing-back role, with Sam Morsy and Lee Evans bossing proceedings in the middle with their distribution and ability to break up play. In the final third, new signings Nathan Broadhead and George Hirst were star performers in League One last season, whereas Conor Chaplin and Freddie Ladapo have combined for 28 goals in all competitions already.

The U’s got back to basics last time out, chalking their first point of 2023 with a battle-hardened 0-0 draw against Lincoln City at the formidable Sincil Bank.

Limiting their opponents to very little with their stubborn approach, United were great value for a point apiece and can use the performance as something to build upon.

Satisfied with the response his side showed and the foundations laid, Bonner stated, “We needed to take something from the game, make ourselves hard to beat and play against so we’re pleased with the clean sheet. That’s more like us, that’s better. It’s a starting point for what we need for the next 19 games.”

With the January transfer window now shut, the U’s will feel they have enough in the tank to get to where they want to be. Five signings containing plenty of 'know-how', the returns of the influential Dimitar Mitov and Lloyd Jones and the fresh dimension that Fejiri Okenabirhie offers means they approach the new month with a much stronger squad. Opting for a three at the back approach, United looked more watertight and extremely organised. Continuing in that manner and showing a clinical edge to their game is the task now.

Due to teams around them winning some crunch clashes, the team have dropped to 23rd, although the table remains extremely congested. One of four teams on 25 points, and just four points from 17th, a first win since Boxing Day could immediately flip the switch.

In regards to team news for the weekend, a similar squad is expected. However, George Thomas is still nursing a hamstring injury and won’t be available for the time-being.

Last time the sides did battle, the U’s came out on top as they secured a hard-earned 1-0 victory at this weekend’s venue in October’s Papa John’s Trophy tie.

An early red card for Kyle Edwards handed United an advantage they would capitalise on late in the second half as Lewis Simper rifled home his first goal in amber and black.

Bonner’s comments on that evening may also speak true as a form of motivation for Saturday, declaring, “We’ve got to make sure we approach the game at the weekend with the same sort of energy and optimism as if we’re on a seven-game winning streak and see if we can get a result.”

Heading into just the 10th meeting between the sides, the hosts boast the upper hand. In the five previous head-to-heads at CB5, United have lost just once, that coming in the second leg of a League Cup Second Round tie in October 1993 as the Tractor Boys ran out 4-1 winners on aggregate.

Cambridge United picked up a point towards their Sky Bet League One tally as a committed performance saw them share the spoils 1-1 with Ipswich Town at a bumper Abbey Stadium...

A spectacular strike from Harvey Knibbs handed the U’s a deserved lead in the opening stages, but although Joe Ironside was denied from the spot shortly after, the hosts went into the break in the ascendency. Although the Tractor Boys piled on the pressure and equalised through Freddie Ladapo, Mark Bonner’s men remained great value for the draw.

Going into the anticipated tie against their East Anglian rivals, the U’s had laid a great defensive foundation by picking up their first point of 2023 after four consecutive defeats. Acknowledging their underdog approach, their resolve would be tested once more against Kieran McKenna’s men, who had plummeted the most in the division and were hot on the trail of their title rivals.

Following the resolute stalemate against Lincoln City a week earlier, where the side gained their first clean sheet in six games, the Head Coach opted with one change to his starting XI as Knibbs replaced Ben Worman in the middle of the park. Elsewhere, Brandon Haunstrup returned to the matchday squad for the first time since August.

Up for the occasion and backed by a raucous atmosphere, the U’s plugged away in the opening quarter of an hour, forcing the Tractor Boys into very little as they battled for every ball and closed down the backline at every opportunity.

They got their rewards on the 24th minute, sparking delirium with a spectacular opener. After captain Paul Digby charged forward and beat two men, the ball fell invitingly to Knibbs who, from 25 yards, had the time to pick his spot and lash home a scorcher, astutely curling past a helpless Christian Walton.

Buoyed by the breakthrough, the inspired Knibbs picked out Ironside with a sublime cross down the left two minutes later, but the forward couldn’t quite get his head on it from a matter of yards as the linesman raised his flag for offside.

Purring, United were presented with the chance of extending their lead on the half an hour mark after Conor McGrandles’ jinking run into the box was cut short by George Edmundson’s foul. Although Knibbs converted in the midst of the appeals, referee Sam Barrott had already made his decision of a U’s penalty. Applying power, Ironside struck towards his left corner but was denied by Walton’s excellent save.

All in all, they had limited Town’s firepower to very little, remaining in control going into the break but understandably aggrieved not to have more of a commanding lead.

Following their three substitutions, McKenna’s men engineered the first chance of the second period on 47 when Wes Burns’ cross was met by Ladapo’s head, but the soft attempt was caught by Dimitar Mitov.

In a glorious opportunity, Sam Smith raced onto a pinpoint long ball on the 50th minute, beating Richard Keogh with his rapid burst of pace and scampering into the penalty area but timed his last touch slightly wrong as Walton gathered.

The visitors forced an equaliser three minutes later when Kyle Edwards fired across the six-yard box, floating to Ladapo whose delicate flick was enough to help travel past Mitov’s left post.

On 58, Conor Chaplin tricked the U’s with a free-kick from 20 yards down the right, but Mitov got down low to claim it well.

With the encounter turning into one-way traffic, a golden chance was presented to the Blues on 61 when Ladapo’s glancing header fell to Chaplin at full stretch, but the top scorer couldn’t poke home.

United were dealt with a scare on the 74th minute when George Hirst’s pass across the danger area was matched by Nathan Broadhead, but the forward couldn’t break down Mitov, with the Bulgarian remaining brave to protect the ball.

The hosts continued to battle in commendable fashion, attempting to get at their opponents on the counter-attack whenever they could whilst at the same time ensuring that they would be rewarded for their endeavour with a point apiece.

Up next, the U’s make their first visit to Oakwell since 1993 next Saturday (11th February) as they aim to take valuable points from another promotion chaser in Barnsley – be sure to back the boys. 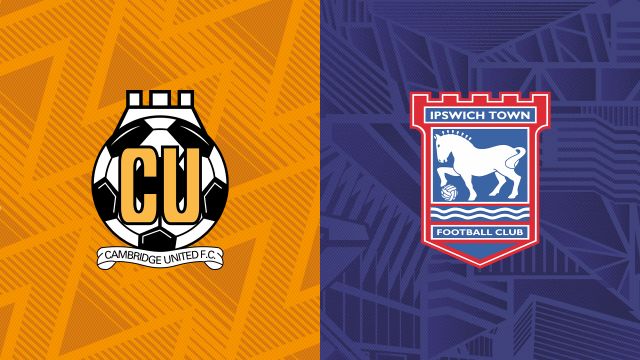 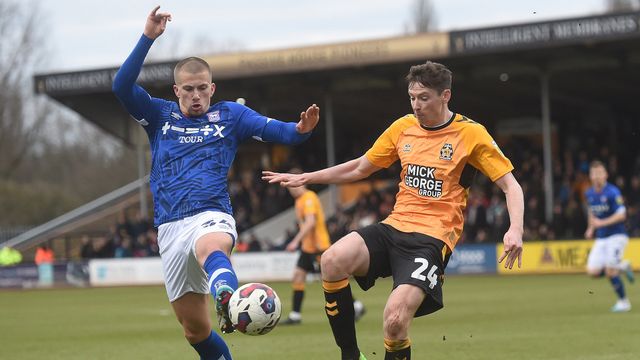