In their final clash at the Abbey Stadium before Christmas, Cambridge United welcome table-topping Plymouth Argyle for their next Sky Bet League One matchup...

Approaching the match off the back of the solitary league win in ten, the U’s have a tricky task on their hands as the Pilgrims make the mammoth trek on top of the pile, but do have a gap of just two points from 3rd following a three-game winless run.

Saturday afternoon’s clash kicks off at 3pm, with tickets available for fans to buy online at cufctickets.com.

Supporters who can't make it to the game, can stream the game live with an iFollow Match Pass. All EFL games throughout December are available for streaming, so buy your Match Pass now for just £10.

Sitting pretty on top of the tree heading into the Christmas period, the evolution of Plymouth Argyle under the guidance of Steven Schumacher has been a blistering one. Following a second promotion from the fourth tier in four years in 2020, the Pilgrims’ ambitions have flickered from establishing themselves as a mid-table outfit to a title-chasing unit. A first appearance in the Championship since 2010 is more than possible.

Hitting the ground running, Argyle dispatched relegated Barnsley on the opening day before suffering a late defeat at Fleetwood Town next. Their imperious home form, which remains the best in the division, continued as Peterborough United were defeated 2-0, but they had to endure a tricky test in the capital as Charlton Athletic trounced Schumacher’s men 5-1. Bouncing back in style, they won nine of their next ten, which included pivotal wins against Ipswich Town and Sheffield Wednesday, before stretching the unbeaten run to 15. Last time out, Port Vale picked up a shock 0-2 success at fortress Home Park to set up an important afternoon. Lodged at the summit, the division’s joint-top scorers sit two points clear inside the automatic promotion spots and boast an impressive 13-point gap cushion from 7th.

As defensively sound as they are fluid in the final third, Argyle ooze quality all over the pitch and are crafted to approach each game in a cautious, but confident, manner. Michael Cooper, tipped by many as a future Premier League shot stopper, has kept seven clean sheets so far this season, whilst Norwich City loanee Bali Mumba has been a revelation at wing-back – chipping in 8 goal involvements. Treated to a foray of attacking pedigree, Sam Cosgrove is the more experienced of heads, whereas the exciting Morgan Whittaker and Niall Ennis have chipped in with pivotal strikes.

In midweek, the U’s honoured Greg Taylor with a testimonial against boyhood team West Ham United, whose quality proved too strong as they gained a 2-4 win in an entertaining match.

The hosts took the lead on the half an hour mark through Zeno Ibsen Rossi, but that was cancelled out by Jarrod Bowen, an own goal and further well-taken strikes from Said Benrahma and Pierre Ekwah. Fittingly, Taylor converted a consolation for United, who had given an excellent account of themselves.

Ultimately, it showcased an exuberant side, who played without fear and looked to take the game to their Premier League opponents whenever possible. Underdogs once more on Saturday, they need a 90-minute long complete performance to kickstart a return to their early-season form and climb up the table, which sees them 20th and just three points afloat.

Regarding potential team news, every player from last weekend’s squad will be available for selection, with the Head Coach stating: “The decision will be whether the team is the same, or we make some changes to that.”

Four unbeaten against the men in green, the U’s have had a tendency to turn it up a gear against the team from Devon. Last time out, in February 2022, United made it four successive wins at the Abbey after Sam Smith’s and Jack Lankester’s sweet strikes secured a commendable 2-0 victory.

Speaking on that evening, Bonner reflected on a “brilliant night” at CB5, stating that: “We want this place to be a tough place for people to come to, and we want that to be the mindset for people when they come here for the rest of the season. It’s a nice confidence booster to show that we can compete with the top teams, and they (Plymouth) are one.”

Other notable clashes since their return to the Football League in 2014 is, of course, their first game back, when homegrown Josh Coulson separated the sides in a memorable 1-0 success. A year later, Luke Berry’s excellent finish near the death secured a hard-fought three points. Famously, former Argyle boss Derek Adams believed his side lost purely because the grass was covered in algae.

The U’s did everything but score as they created the more dangerous opportunities throughout the contest, and were therefore made to settle for a point as they failed to find the all-important breakthrough.

The U’s got off to a fast start and made life difficult for the visitors during the early goings. On the front-foot, United came out hungry and forced the Pilgrims to defend their goal as they pushed forward and asked questions of the defence.

The first on-target effort came from Knibbs, who forced Cooper into action from a direct free-kick and soon after, Smith’s eyes lit up when the ball fell to him inside the box, but his right-footed strike was well blocked from finding the bottom corner of the goal.

The away side grew into the contest though and on 26 minutes, Cosgrove headed the ball onto the top of the crossbar which began a spell of pressure for the visitors, but United saw it out well into half-time with nothing to trouble Mannion in goal.

The best chance of the match to that point came two minutes after the break, as Knibbs ran onto a careless pass from James Wilson across the Plymouth defence, but dragged his shot wide when facing a one-on-one with the goalkeeper.

On 52 minutes, it was Knibbs again with his head in his hands, as his volley inside the box was well blocked by Edwards and went spinning off-target for a corner.

It was the best that United had played in many weeks - especially at the Abbey - and it was just a goal that was missing from the performance.

Just shy of the hour mark, Smith burst into the Plymouth area but his shot was blocked again by Gillesphey to thwart the chance. Next it was the side from Devon to threaten the goal, as Cosgrove fired wide after a sharp turn to open up the space for a shot before Mayor showed great composure inside a crowded area before shooting just wide of the mark.

With 20 minutes to go, Lankester did brilliantly well with his back to goal to receive the ball, turn and play in Smith, but he was once again thwarted by Cooper who came out quickly to narrow the angle and make the stop.

Plymouth did little to test Mannion in goal during the second half, but Whittaker came close from a free-kick as his effort whistled past the post with 10 minutes remaining.

Bonner turned to Janneh and Tracey for the remaining moments as United went for one final push to take all three points, but it was to be an afternoon of frustration as a fine showing by the U's only brought home a point. 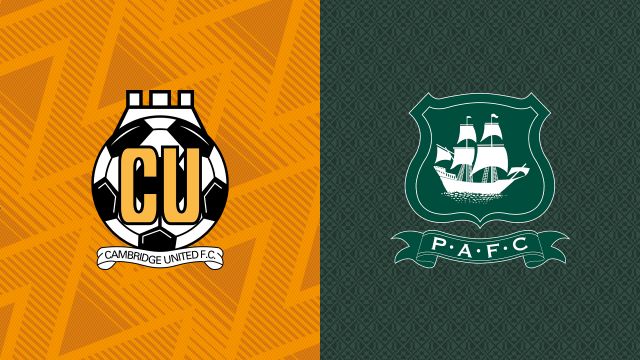 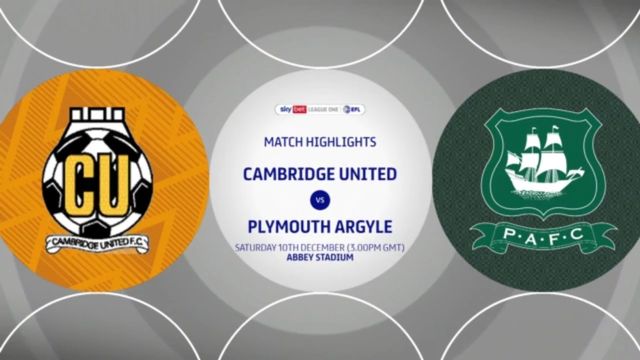 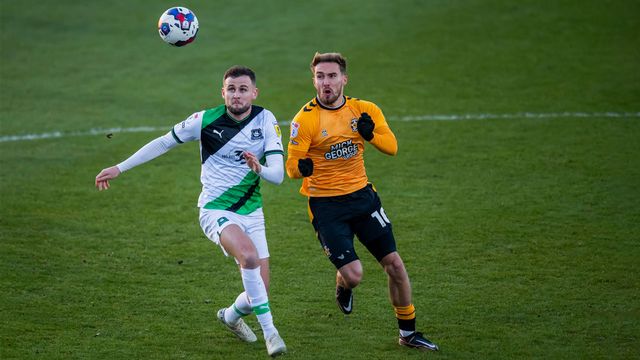