Cambridge United and Charlton Athletic head into their Sky Bet League One clash at the Valley on the back of contrasting midweek results...

The encounter in London hands the U’s a chance to bounce back after falling to a 4-1 defeat at Portsmouth despite an outstanding first-half. Standing in their way of a first victory on the road are the Addicks, who plummeted five past Plymouth Argyle on home soil and understandably maintain the momentum.

A sea of over 750 U’s fans have already snatched up their tickets ahead of the 3pm matchup in SE7. Planning on joining them? Advance tickets are available until 9pm on Thursday 18th August via cufctickets.com, over the phone by calling 01223 566500 (option 1) or by visiting the Abbey Stadium Club Shop. One Away Credit will be issued for this fixture.

Tickets will also be available on the day of the game at an increase of £2 per ticket.

Overseas fans can stream the game live with an iFollow Match Pass. Passes cost £10 and are available to purchase by clicking here.

Under the tutelage of Ben Garner, the Addicks are blessed with consistent, sheer attacking impetus. Positive and confident on the ball with the desire to be on the front foot and ultimately improve their scoring record is the main aim – bettering last season’s 13th position is a necessity. As they’ve shown already, Charlton will prove a fun watch.

It’s been a comprehensive summer of activity for the London outfit – seven new faces have entered the building, whilst 10 players were released for pastures new. Notable names who did depart were full-backs Chris Gunter and Ben Purrington, with Josh Davison joining AFC Wimbledon and Conor Washington making the step up to the Championship with Rotherham United. Jack Payne, Joe Wollacott and Mandela Egbo all relocated with Garner from Swindon Town, whereas exciting prospects Steven Sessegnon and Jesurun Rak-Sakyi join on loan from Fulham and Crystal Palace respectively.

A pleasing start saw the Addicks share a point at Accrington Stanley before edging out Derby County the following week. They backed this up by dumping QPR out of the Carabao Cup to set up a Second Round tie with Walsall. A late defeat in an evenly-matched battle with Sheffield Wednesday hurt, but they responded in style on Tuesday with the aforementioned thrashing.

Just as they have done each time after tasting defeat, the U’s have licked their wounds and gathered that self-belief they can gain an instant response. Ticking along nicely, they’re adamant to celebrate a point or three on opposition ground.

The momentum in the camp from the comeback win over Exeter City was evident during the opening 45 at Fratton Park. Joe Ironside’s opener was just reward for an imposing and energetic start. Once Pompey found the leveller, the energy zapped towards the hosts as they ran away with the game which, in truth, was a harsh reflection.

Discussing the defeat, Mark Bonner claimed: “We controlled the first half brilliantly. Not always with the ball, but we’ve had the best chances. We forced the game too much when they were on top. For a large part of that game, that should never end 4-1.”

In regards to team selection, the Head Coach said: “Today is a bit of a ‘see how everybody is’ day. I’m sure there’s a few knocks from the game, but I saw nothing dramatic at full-time to worry about.”

On George Williams’ prospects of appearing, Mark stated: “He’s with the physio today so he’s got a chance, but it’s certainly not a definite.”

The sides matched up for the first time since 1992 last season, with the Addicks stretching their unbeaten run to four games with consecutive 2-0 wins.

Meeting as recently as April, Charlton took the points against a heavily-rotated United. In their last trip to the Valley two weeks before Christmas, Bonner’s men put in an excellent performance despite the defeat. In truth, United would go on to win games despite playing worse throughout the season.

Cambridge United chalked their first point on the road in the Sky Bet League One season with a determined 1-1 draw against Charlton Athletic at the Valley...

Despite an evenly-matched first-half, the U’s went into the break a goal down after Scott Fraser headed home from close range. Capitalising on their dominant spell during the hour mark, Harvey Knibbs converted to level matters. A nerve-wracking conclusion dawned, but the visitors stood strong to force a share of the spoils.

Frankly, the sides couldn’t have headed into the encounter on the back of more contrasting results. For the U’s, it was a chance to redeem themselves after falling to a 4-1 defeat at Portsmouth in a real ‘game of two halves’ clash in midweek, whereas the Addicks plummeted five past Plymouth Argyle, maintaining their 100% start on home soil and accruing the momentum.

Mark Bonner tinkered with his squad by naming four changes from their most recent outing. George Williams and Harrison Dunk deployed the full-back roles, whilst Adam May and James Brophy returned after brief rests.

It took the U’s just 20 seconds to stamp their authority with the first golden chance of the afternoon. Shilow Tracey beat George Dobson for speed with a lung-busting run towards the following faithful – he crossed towards Knibbs inside the six-yard box but the attacker headed wide.

On former soil, Dimitar Mitov was called into action on the 7th minute when Albie Morgan’s teasing free-kick from 25 yards was denied by the Bulgarian - who dived low to his left and forced a corner.

Five minutes later, United flexed their wing-play again when an overlap from Harrison Dunk and James Brophy resulted in the latter crossing towards Sam Smith in the area – the lone striker generated an immense amount of loop on the header, falling in slow motion and landing inches past the crossbar.

Inventive when stretching play, Paul Digby’s incisive lofted ball on 16 was met by a racing Knibbs, who floated it back to an unmarked Brophy from 20 yards who drilled wide of the left post.

From there, the hosts turned the screw - they enjoyed the majority of the possession as the half an hour mark approached. Bonner’s men had to showcase real defensive grit to get a plethora of blocks in to deny deliveries into the mixer.

On the 37th minute, Brophy spearheaded a promising break, dancing around the left and squaring towards Tracey from yards away but Eoghan O’Connell did extremely well to clear the danger.

The deadlock was broken a few minutes later - falling the way of the hosts when Mitov denied Jayden Stockley’s close-range shot, only to be directed straight to Fraser who headed home with the net at his mercy. A frustrating one for the U’s to concede, forcing a change to the complexity of the half-time team talk.

Starting to purr, the U’s levelled matters five minutes later with a well-worked move. Dunk’s sumptuous delivery was headed at by Smith, the attempt eventually fell to Tracey whose follow-up was snatched at by a lurking Knibbs who stabbed home.

Buoyed by the equaliser, the U’s looked likeliest to grab the next goal. A May free-kick from under 25 yards was drilled with both speed and curl – Smith was able to get a touch, but so did a defender, as it sailed wide for a corner.

The visitors had to contend with a heart-in-mouth moment on 72 when Corey Blackett-Taylor’s whipped cross into Stockley allowed the targetman to crack a venomous volley excruciatingly wide of the post from close proximity.

Mitov was calm and collected to catch George Dobson’s ambitious attempt on the 89th minute. Despite being under pressure, the visitors rolled their sleeves up and put their bodies on the line to see out the game and collate a point for their endeavours.

The U’s now divert their attentions to the anticipated Carabao Cup Second Round clash against Premier League outfit Southampton on Tuesday evening (23rd August,) who travel to an electric Abbey Stadium. 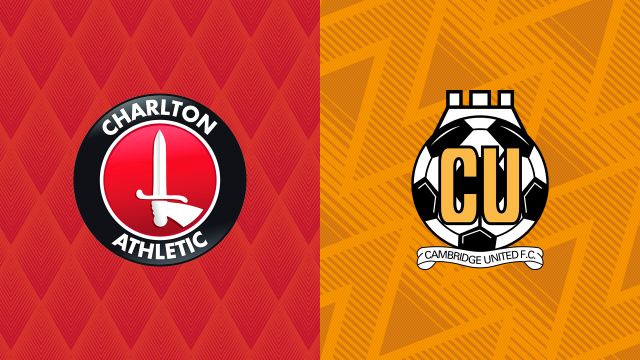 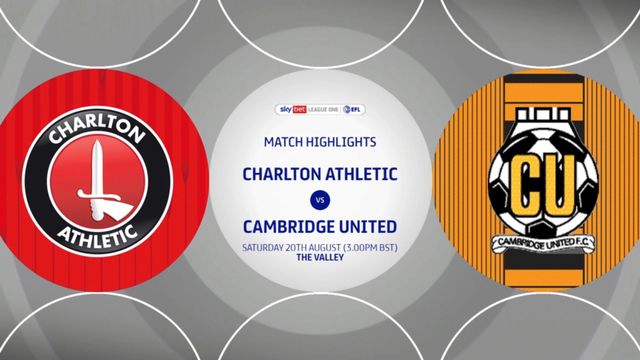 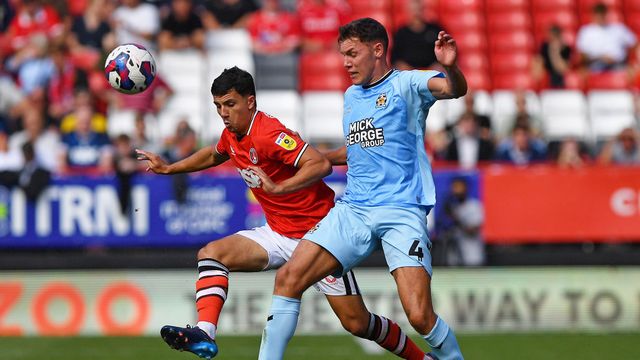