United will be hoping to continue their fine form into February as they prepare for a trip to the University of Bolton Stadium on Tuesday night...

Played in tough conditions, the U’s were made to work hard for their point against Fleetwood Town on Saturday, and in turn stretched their unbeaten run in League One to five game.

Playing with the wind in the second half, Wes Hoolahan’s 65th minute corner saw the U’s lead in the game after Anthony Pilkington’s deflected header sailed past Alex Cairns. However just seven minutes later, Paddy Lane’s strike from the edge of area levelled the scores after seemingly catching Dimi Mitov off guard.

Prior to Saturday’s draw, a much-depleted United team once impressed on Tuesday night – despite eventually being knocked out of the Papa John’s Trophy on penalties against Rotherham.

The host’s early pressure was rewarded after just nine minutes when Wes Harding fired past Dimi Mitov from the edge of the area. However, after starting on the backfoot, the U’s grew into the game and just three minutes before to the half-time whistle, Paul Digby latched onto a fine free-flowing United counter attack to slot home an equaliser.

Mark Bonner’s men did well to hold out for the second 45, following a barrage of Rotherham attacks before the game was ultimately decided from the spot, with the hosts converting all seven of the spot-kicks before Adam May was denied by Viktor Johansson.

Saturday’s win saw the Trotters extend their winning run to three in League One, impressively scoring nine goals without reply.

The U’s travel up to the University of Bolton Stadium in what will be the 17th competitive fixture between the two clubs.

Historically, Bolton hold the competitive edge over the U’s when it comes to head-to-head fixtures. Winning six of 15 fixtures between both sides – with United coming out on top on four occasions, and most recently when Shilow Tracey’s solo goal after 16 minutes saw the points remain in Cambridgeshire in August 2021.

The last University of Bolton clash, played only last season, saw the hosts on the day take the spoils, with Kyle Knoyle’s late finish only proving to be a consolation as the Trotters ran out 2-1 winners.

U's Head Coach Mark Bonner speak on Bolton ahead of Tuesday's clash, “I think the strength of their team and squad at the minute is very good. The expectation internally, I'm sure, is to do what happened last year and going to a run of winning games and they've now won three on the bounce like we did last week.

“They will probably be looking to continue their run and push for a late play off push because that's what the expectation in their club, in their team, and within the fanbase.

“That’s the kind of pressure that they are under with the quality. We've known that from last year, I think we've seen it plenty of times this year, but we had a good game with them at our place earlier in the season, and they then had come into the game off the back of an incredible."

Tuesday night’s clash kicks off at 8:00pm, and if fans haven't already purchased their match tickets in advance, tickets will be available on the night at the University of Bolton Stadium now at the following prices:

If you can’t make the game, Match Passes are available to buy now for just £10. The simplest way to do so is by clicking here and selecting the Bolton Wanderers fixture. Either log-in to your existing iFollow account or create a free account by clicking ‘Register Now’.

The best way to stream the match is by doing so via the EFL iFollow App. Please note, the App is only suitable for streaming and supporters can't purchase their Match Passes through the application.

However you choose to do so, get behind the U's once again this Tuesday.

Cambridge United fell to a first defeat since 18th December as Bolton Wanderers continued their own fine form...

Harvey Knibbs came closest for United as his first half header skimmed the crossbar, but in truth it was a tough evening for the U’s as the home team Whites played with confidence from the start and deserved their victory.

Goals from Bakayoko and Afolayan secured the points for Ian Evatt’s side as United turn their attentions to Saturday’s Emirates FA Cup tie at home to Luton Town.

Mark Bonner brought back Harvey Knibbs and Ben Worman to the starting XI, in place of Wes Hoolahan and Jack Lankester.

Following their 6-0 demolition of Sunderland at the weekend, the hosts were riding a wave of positivity and it showed within the opening minutes. Bakayoko and Fossey both went close for the home side after connecting with good deliveries into the United box.

The U’s responded through May, who had Cambridge’s first shot on goal - a sweeping strike from just outside the area that flew a couple of yards over the bar.

Charles should have put the Whites ahead on 13 minutes, as he forced Mitov into a fine stop from close range following Afolayan’s cut-back from the byline. He came close again six minutes later, volleying over the bar from just a few yards out.

Despite the early onslaught, it was United who came closest to scoring inside the opening quarter of the contest as Knibbs headed off the crossbar after connecting with Williams’ perfectly judged header across the box.

Bolton’s threat never subsided though as Cambridge struggled to deal with their switch of play and ball into the box. Fossey again came close on the half hour mark as he volleyed into the ground and just wide of the post from a tight angle.

The game twisted and turned as it approached the half as United saw two good opportunities go begging before Bolton took the lead. First, May again set his sights from outside the box but he dragged wide, before Smith headed just over the bar after a terrific Iredale cross.

A moment later, Bolton went ahead through Bakayoko after a typically well-worked move, which the U’s were finally punished with.

An injury to Iredale just in added time saw the U’s defender replaced by Sherring, as United went into the break a goal down.

The Whites started the second half much in the same manner as they started the first – on top and looking dangerous. Mitov denied Afolayan with a fine save on 50 minutes before strong appeals for a penalty were turned down as Fossey fell under the challenge of Dunk.

With an hour gone, United enjoyed one of their best spell of the contest as they penned the home team back and applied some substantial pressure, which ended with May firing wide for the third tie in the game.

Lorent Tolaj came on for his debut with 66 minutes played, as he replaced Harvey Knibbs, but the home side doubled their lead just three minutes later, as Afolayan pounced on a U’s mistake in possession to break with purpose and score Bolton’s second of the game.

Lankester came on for Worman as Mark Bonner looked to find a route back into the game, and Smith could have given his team just that on 74 minutes after a swift counter attack that led to the striker shooting on goal. Unfortunately for those in black, he couldn’t keep it under the bar.

Half chances came and went for both sides as the match came towards its conclusion, but the U’s know they will have better days ahead as the score ended 2-0. 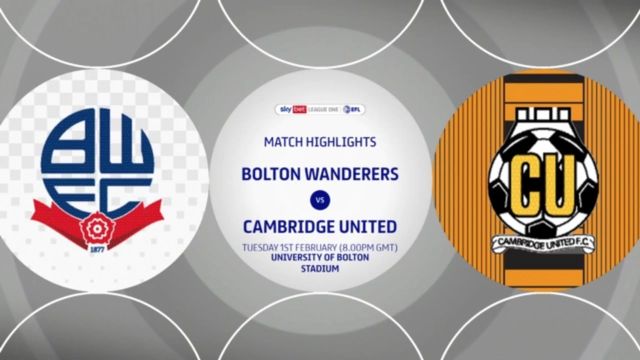 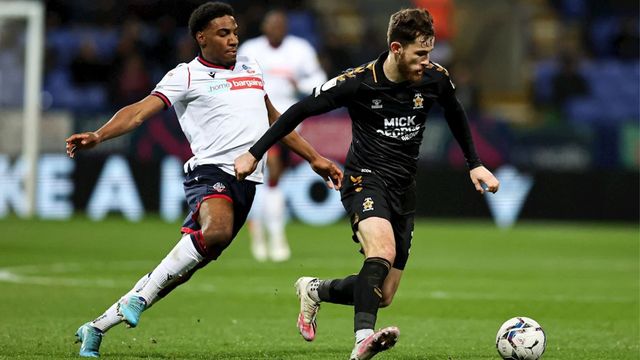