Cambridge United’s first defeat of the season saw the U’s exit the Carabao Cup at the Second Round stage, as Newport County claimed a 1-0 win at Rodney Parade.

Scott Twine blasted in a late winner for the hosts, with the U’s left to rue some key opportunities missed in the game.

Mark Bonner made six changes to the U’s side that beat Carlisle United in the opening match of the Sky Bet League Two season four days earlier. Burton, Iredale, Davies, May, Knowles and Knibbs all moved into the starting eleven.

Former U Robbie Willmott tested Burton in the opening five minutes with a dipping free kick from 30 yards out, which the U’s keeper did well to grab hold of at the first time of asking.

Harvey Knibbs looked a real thorn in the side of the Exiles throughout the opening quarter of the match. First the striker let fire on a 25 yard effort that certainly had the beating of Tom King, but zipped past the keeper’s left post.

Knibbs was then slid through with a brilliant pass by Kyle Knoyle, only to drag his effort wide of the mark from a promising position inside the Newport area on 16 minutes.

However, the hosts also looked a threat themselves when they moved forward, and a tremendous save from Burton, who hurled himself to his left to push away a shot from Ryan Haynes, denied Newport an opening goal on 21 minutes.

The U’s were probably a little fortunate to get away unscathed moments later as well, when another former U’s loanee, Kyle Howkins, clattered a header against the frame of the goal from close range when he probably ought to have hit the target.

It continued to be a match packed full of action at either end, with Joe Ironside close to scoring his second in as many games from Knibbs’ near post cross just before the half an hour mark, but the big striker directed fractions the wrong side of the post under pressure.

The Exiles edged the remainder of the first half, but only really tested the U’s with a free kick in stoppage time that Scott Twine tamely curled straight at Burton.

Tristan Abrahams fired a volley over the top from Liam Shepherd’s cross to the far post on 56 minutes, in the first clear opening of the second period for either side.

Tom Knowles was unable to convert a golden opportunity just after the hour mark, mistiming his attempt to hammer in Jack Iredale’s excellent cutback cross, which had the goal at the youngster’s mercy.

However, the Swindon Town loanee made no mistake on 80 minutes when a header clear by United fell Twine, who lashed a fierce shot though the U’s defence and into Burton’s goal from 18 yards.

Adam May almost delivered the perfect response moments later, but pulled a half volley from just inside the Newport area wide of King’s target, after Knibbs and Davies had pressed a defensive error from the home side. It proved to be as close as Mark Bonner’s side came, as they exited the competition. 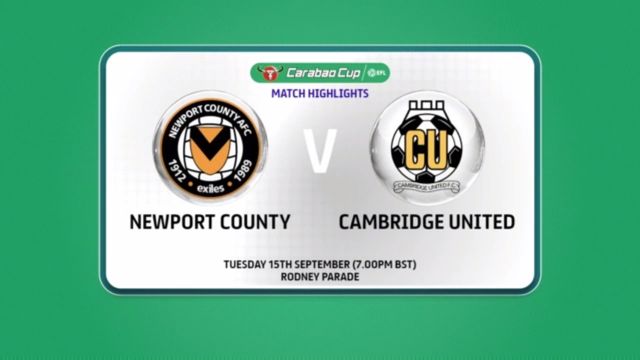 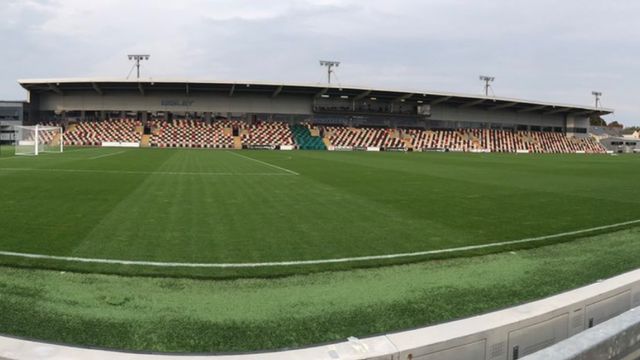