Cambridge United confirmed their progression from Southern Group H of the EFL Trophy, with an excellent fightback 2-4 win over League One opposition Burton Albion.

The U’s found themselves two goal adrift after four minutes, but picked themselves off the canvas with goals from Harvey Knibbs, Harry Darling and a brace by Luke Hannant to claim the win at the Pirelli Stadium.

Having made clear pre-match that he wanted to provide an opportunity to the players whose game time had been limited in recent weeks, Mark Bonner made seven changes to his side with Greg Taylor, Paul Digby, Luke Hannant and Joe Ironside the only players to have featured at Exeter four days earlier.

United made and dreadful start though and were two goals behind in just over four minutes. First Lucas Akins found a route into the U’s box from the right cutting past two United defenders with ease before squeezing a shot between Callum Burton and his near post.

And then Joe Powell was able to fire in a second for the Brewers as United allowed the midfielder the time to pick his spot with a low shot into the bottom corner from 25 yards.

Harry Darling recovered in time shortly after to block a first time effort by Colin Daniel from inside the 18 yard box, which looked likely to increase United’s early woes.

However, Bonner’s men did incredibly well to dig in though and managed to get a foot on the ball as the half progressed to nullify the early threat of the hosts and actually became the aggressor.

They pulled a deserved goal back on 27 minutes, when Brewers keeper Kieran O’Hara failed to keep hold off a Luke Hannant shot from the edge of the area and Harvey Knibbs scrambled in the loose ball to score his first of the season into an empty net.

And it was Hannant, who then produced a moment sheer quality that levelled the scores for the U’s. The U’s winger was quick to spot O’Hara off his line and struck a crisp half volley from 40 yards out which looped perfectly over the Burton keeper to make it two a piece with 12 minutes of an action packed first half remaining.

The U’s began the second 45 minutes far better than the opening half, and were unfortunate not to take a lead of their own when a fluid passing movement allowed space for Knowles to attack the Brewers box, but the youngster dragged his shot wide of the near post.

Callum Burton made an impressive stop high to his left on 66 minutes to deny a looping effort by Burton sub Jakub Niemcyk as the game hung in the balance moving into the final quarter of the match.

United’s third goal and full recovery was completed 11 minutes from time. Harrison Dunk delivered a precise corner to the front post where Greg Taylor made contact to flick the ball on for centre back partner Harry Darling to nod in at the back post.

Bonner’s men completed the job with a fourth goal shortly after. Joe Ironside, who had produced a typically hard working display, did all the hard yards before unselfishly squaring a pass for Luke Hannant to grab his second of the game with a neat finish. 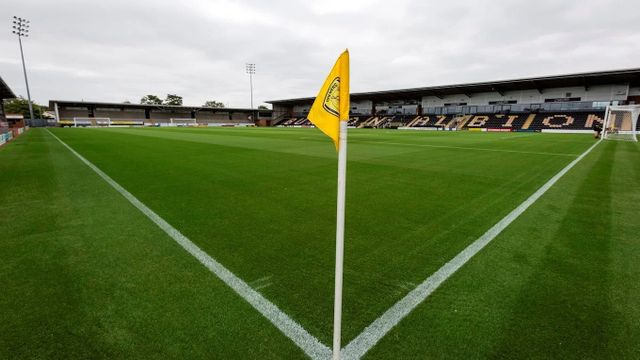