Cambridge United recovered from a two goal deficit to clinch a 2-4 win in an action-packed thriller at Boundary Park against Oldham Athletic.

The U’s brushed aside the setback of an early brace inside the first 11 minutes from Davies Keillor-Dunn, with Jack Iredale responding with a brace of his own, Paul Mullin levelling the Club’s goals in a season record, Callum Burton saving a penalty and Luke Hannant rounding off a hugely eventful afternoon.

Mark Bonner freshened up his side with five changes to the starting eleven, which saw Alese, Hoolahan, Digby, O’Neil and Iredale all step in.

Despite an early glimpse at goal for Ironside whose header back across the six yard box from Jack Iredale’s cross could not be converted by a team mate, the U’s found themselves behind after just three minutes. Davis Keillor-Dunn ran clear in behind the U’s back four before getting the beating of Callum Burton one on one.

And a poor start got worse for United seven minutes later, when Keillor-Dunn ran off his marker with ease to direct a Nicky Adams cross into the net at close range to double the U’s early troubles.

Paul Mullin stabbed United’s first shot on target after a corner from the visitors had caused a scramble for the ball around the Oldham area, but Latics keeper Walker was down low to push it wide of his near post.

It would be Mullin though who would pull United back into the contest, with the striker converting convincingly from the penalty spot on 25 minutes, to level David Crown’s goalscoring record after Greg Taylor had been bundled over.

Nine minutes later the U’s were level as Jack Iredale hammered a shot from the left side of the Oldham area, which deflected wildly beyond Walker. And Mark Bonner’s side completed their remarkable first half fightback in stoppage time, when the two goalscorers combined, as Mullin backheeled a pass into the run of Iredale who this time expertly found the bottom corner.

The U’s returned after the break and looked the side the more likely to register further goals. Paul Mullin wasn’t far from doing so again on the hour, when he flashed a right foot shot against the side netting after a good combination with strike partner Ironside.

As if the fixture hadn’t been action-packed enough, Callum Burton produced a stunning two-handed save to deny Keillor-Dunn his hat-trick on 67 minutes, after Bdaan had gone over in a challenge with Knoyle.

The drama continued but thankfully for the U’s at the other end of the field. Luke Hannant, who had been introduced to proceedings midway through the second half, delivered an in-swinging corner which was too much of challenge for Walker to handle and went directly in for the U’s fourth and final goal. 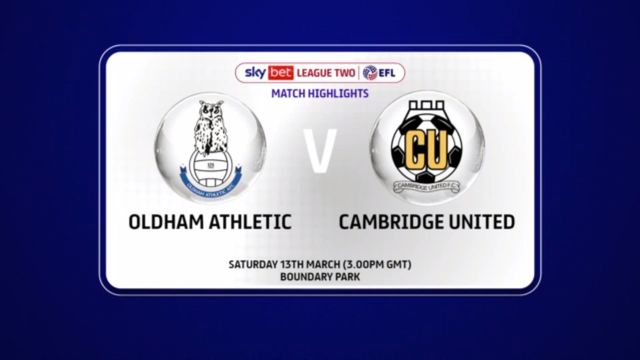 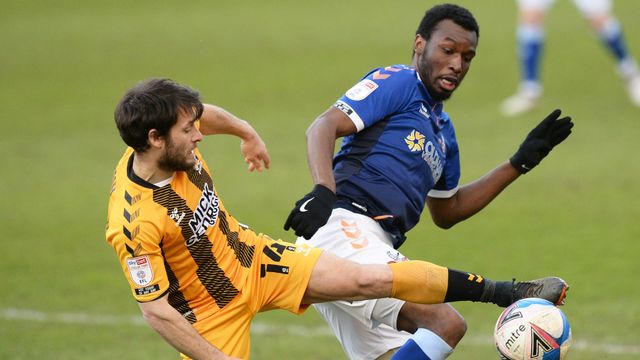