Despite seeing Paul Mullin denied from the penalty spot, a moment of magic from Wes Hoolahan during a scintillating first half was the difference on an afternoon where the U’s showed immense spirit to consolidate their position in the top three.

Mark Bonner made two changes to the side that produced a sublime come-from-behind 2-4 victory over Oldham Athletic a week earlier, restoring Jubril Okedina and Hiram Boateng to the heart of the defence and midfield.

With both sides nailed in the automatic promotion spots and boasting the same points tally, the prospect of three points would prove invaluable in the hunt for promotion.

The encounter started in a battling manner for the U’s, who looked well up for the fight and carved out the first opportunity of the afternoon on the 12th minute when an audacious Kyle Knoyle attempt from 25 yards clattered the side netting.

The hosts were enjoying a rampant spell, and came close once again moments later when the battering ram that is Joe Ironside won an aerial challenge that found Paul Mullin who jinked into the box with his back to goal and squirmed a shot wide of the crossbar.

On the 17th minute, United were awarded a penalty after a defence-splitting pass from Hoolahan released Mullin who muscled his way into the area before being brought down by Baily Cargill. The striker generated the power but was denied by a strong hand of Lewis Thomas who turned it against the post.

A terrific ball from Liam O’Neil on the brink of the half an hour mark found a looming Boateng on the edge of the box, but his delicate touch and attempt was blocked well by Scott Wagstaff.

With the game 38 minutes in, the U’s deservedly drew first blood. The move started from O’Neil, whose exceptional press helped dispossess Aaron Collins in the box and was concluded by Hoolahan, who danced his through past the Rovers’ backline and planted an angled attempt into the corner.

Boateng, who had covered every blade of grass, cannoned a 20 yard attempt into the palms of Thomas on 43 to conclude a rampant first half for Bonner’s men, who were playing some liquid football in the final third and limited their opponents to very little.

Looking to restore matters, Rovers made two changes during the break and upped the urgency from the get go with Nicky Cadden’s attempt from the side of the box blazing the side net on the 48th minute.

The Nailsworth outfit have been strong on their travels this campaign, occupying the 2nd best away record going into the game, and they started to showcase that form when Collins and Jamille Matt linked up well in the penalty box. Despite straying offside, the former was denied from close range by an alert Callum Burton on 56.

A pinpoint Hoolahan free kick on the 65th minute was nearly gobbled up by an unmarked Mullin at the back post, who leaped well to volley but it lacked accuracy as the ball went out of play. Despite chances in the final third being at a premium, the U’s looked menacing every time they scurried forwards.

A golden opportunity came the visitors’ way two minutes later when a crisp cross from Odin Bailey fell straight towards Collins who glanced his header inches wide from the six-yard box.

Eager to kill the game off and attack with pace from the wings, Bonner brought on heaps of energy in Luke Hannant, Adam May and Shilow Tracey, who all offered that in abundance as the U’s retained a long spell of possession during the 75th-80th minute.

Substitute Isaac Hutchinson tested his luck from 20 yards out on the 84th minute but directed it fractions wide of Burton’s right post with the game very much still in balance.

Deep into stoppage time, the U’s were unlucky not to double their lead when Mullin almost caught Thomas off his line after being closed down by Tracey.

Nonetheless, United held firm and to a man showed excellent resilience to see out a tricky opponent and wrap up maximum points. 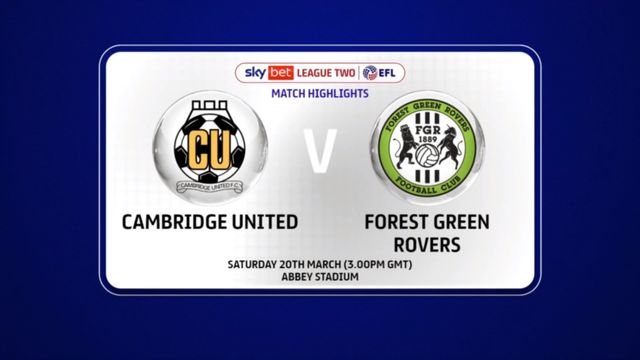 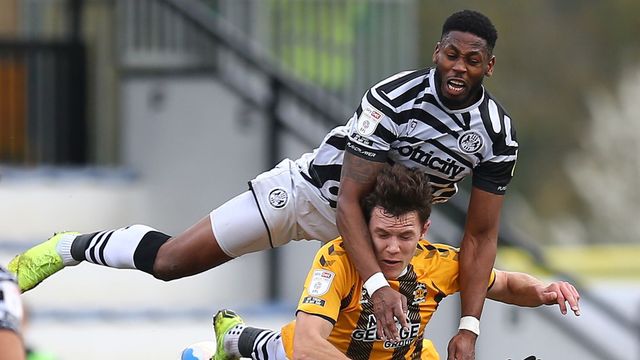