Cambridge United continued their unbeaten start to 2021 in Sky Bet League Two, with a 1-1 draw against Colchester United at the Jobserve Community Stadium.

Both sides scrapped it out on a soggy and snow effected surface in Essex, with Harvey Knibbs scoring his first League goal of the campaign for United before a deflected Callum Harriott shot shortly before half time meant the spoils were shared.

Mark Bonner named an unchanged United side from the one that defeated Harrogate Town a week earlier at the Abbey.

Looking for their third straight win, United were dealt two early warning sides by a Colchester outfit with an excellent home record. Dimitar Mitov made a brilliant one on one save to deny Harry Pell close range from a free kick delivery, before Tommy Smith then headed the resulting corner over the bar with the visiting U’s guilty of slack early defending.

Bonner’s men responded well though and were ahead after 11 minutes, when Harvey Knibbs was perfectly placed to tap in the opener after Colchester keeper Dean Gerken parried Paul Mullin’s shot into the striker’s path.

The U’s battled well to protect their advantage and were close to unlocking the Colchester defence again with a slick string of passing ten minutes later, but that ended with Kyle Knoyle over hitting his cross into the area.

The hosts pulled level six minutes before the break, when Callum Harriott lashed a shot towards the goal, which took an unfortunate nick off the knee of Greg Taylor inside the six yard box, directing it beyond a helpless Mitov.

Mark Bonner’s men had a great opportunity to restore their advantage in first half stoppage time, when Wes Hoolahan laid an inch perfect pass into Knibbs, the striker this time though delayed his shot which allowed time for Omar Sowunmi to make the block in the centre of the area.

Ben Stevenson had the first attempt of note of the second half for either side, but his mid-range strike never looked like troubling Mitov’s goal on the hour mark.

Luke Hannant was carried off the pitch with an ankle injury and replaced by Joe Ironside shortly after, which provided United with a target man for the remainder of the contest.

Dimi Mitov was called into action to make an excellent stop as the game approached the final quarter of an hour, the Bulgarian reacting quickly to get his right glove to a well struck attempt by Tom Eastman inside the 18 yard box.

And United’s number one was solid as a rock when Tom Pell popped up in the centre of the Us penalty area to meet a cross from the left, with Mitov producing another brilliant point blank save to keep Cambridge level.

The visitor’s big chance to claim all three points came two minutes from time. Joe Ironside with excellent hold up play released Paul Mullin, and the U’s striker did everything right, carrying the ball into the area cutting on to his right foot but pushing his shot fractions wide of the far post. 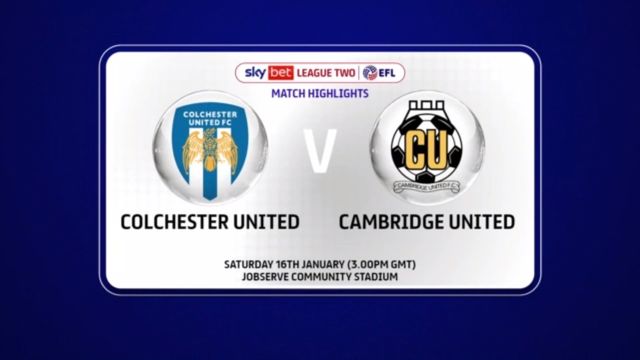 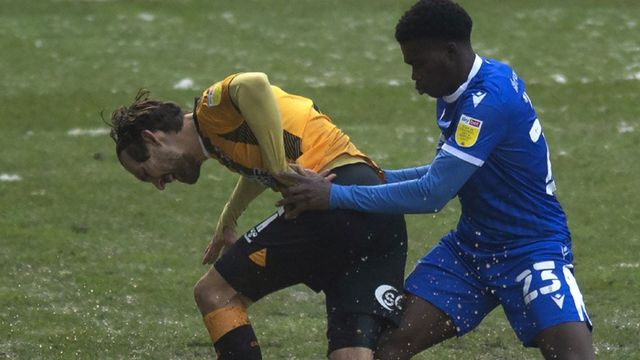