Cambridge United stretched their unbeaten run to six matches in Sky Bet League Two with a commendable 3-1 win over Crawley Town at the Abbey Stadium.

Joe Ironside’s 10th of the campaign was immediately cancelled out by Jake Hessenthaler, but a barnstorming strike from Kyle Knoyle on the brink of half time restored United’s lead. Wes Hoolahan put the game to bed in the dying embers with a neat attempt as the U’s cemented their place at the summit of the division.

Mark Bonner named two changes from the side that battled out a stalemate against Bradford City the previous weekend. A switch to the backline saw Jubril Okedina start at the heart of defence for the first time in the league, with Callum Burton between the sticks. Tottenham Hotspur loanee Shilow Tracey, who joined the club on Monday, featured on the bench.

United started the encounter in a positive manner, attacking with pace and fluidity. Paul Digby’s defensive block allowed Paul Mullin the room to wriggle through and attempt a 25-yarder which hit a bobble and blazed wide in the opening minutes.

Their early assertion was rewarded on the 10th minute when a sublime floating free kick from Hoolahan beat the opposing defenders and on a plate for an alert Ironside who entered double figures for the season with a deft touch to give the U’s the breakthrough.

The Red Devils, going into the game eight unbeaten in the league, conjured up an immediate reply three minutes later when dazzling combination play down the right from Tom Nichols and Sam Matthews unlocked a key pass into Hessenthaler who levelled proceedings by making no mistake from six yards.

On the brink of the half an hour mark, Hoolahan tested the palms of Glenn Morris with a 30-yard free kick. It was a good response to the setback for the hosts, who saw plenty of the ball in the final third during a commendable spell of attacking intent.

Luke Hannant found the space to roam in the middle of the park on the 35th minute, who scurried forwards with menace and struck a crisp shot which was gathered by Morris at the second time of asking.

The U’s were handed a plethora of opportunities during a period of one-way traffic on the eve of the break, with Adam May and Mullin twice keeping Morris alert. The pressure soon tolled nonetheless with essentially the last kick of the half, when an absolute thunderbolt from 25 yards by Knoyle smoked into the far right of the net as United deservedly went into the break with the advantage.

The game continued in a very end to end fashion after the interval. A clean through ball on the 54th minute released Mullin, who could only clatter the side netting after being under severe pressure by a Reds defender.

May continued to find acres of space within the midfield during the clash. It was evident once more moments later when the midfielder hit one with sheer power from 20 yards which bobbled slightly before being claimed by Morris.

The U’s did need to remain cautious of Crawley on the counter however. Substitute James Tilley struck a speculative shot at Burton on 62 after good play down the far left.

In what remained a slender advantage, the hosts had to remain resolute and cautious in defence. Okedina was on guard to head behind a teasing cross into the danger zone on the 72rd minute with Matthews lurking.

Tracey was handed his first outing in amber and black from Bonner on 76, with the clear instruction of ensuring his new side leave the field with three points. He wasn’t too far from ensuring that with a debut goal seven minutes later, a powerful first time attempt forcing a good save from Morris.

Despite that, Tracey helped himself to his first assist on the 86th minute. A lung-busting run down the right resulted in a setback to Hoolahan, who remained as composed as you like to drill it into the far corner to hand United maximum points and a sixth home game unbeaten in all competitions. 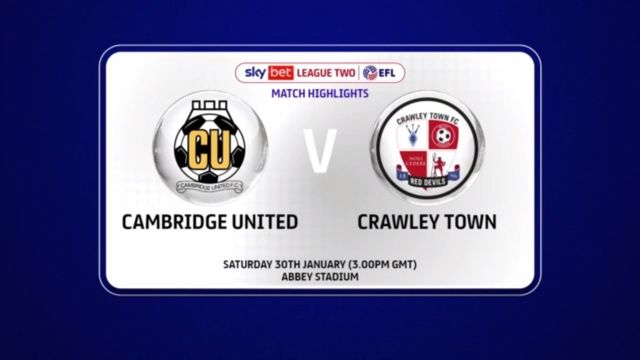 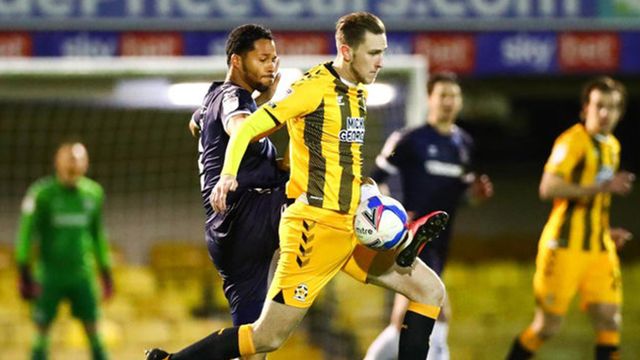