Cambridge United fell to defeat as they were edged out 0-1 by Cheltenham Town in Sky Bet League Two at the Abbey Stadium.

In a physical encounter between two promotion-chasing sides, a Sean Long header after the hour mark proved the difference as the U’s seven-match unbeaten home run came to an end.

Mark Bonner made just the solitary change from the side that produced a comprehensive 0-3 win over Mansfield Town three days earlier, re-calling Jack Iredale to the fold. Hiram Boateng was a welcome boost to the bench – the midfielder featuring in the matchday squad for the first time since early December.

Despite seeing minimal goalmouth action within the opening quarter of an hour, it was evident that United looked up for the fight and willing to take the game to their opponents in a real battle between two resolute sides.

The U’s came close to splitting open the Robins’ defence on the 16th minute. A delicate free kick from Jack Iredale was flicked on by Liam O’Neil who grazed the post with the rebound falling towards the head of Greg Taylor whose header bounced off the roof of the crossbar.

The Robins, who have been strong travellers this season and boasted the second best away record, looked menacing down the right during an assertive spell just before the half hour mark. George Lloyd caused havoc numerous times with some dangerous crosses into the box, but United held firm to clear their lines and nullify an alert frontline.

An exquisite over-the-top ball from Greg Taylor on the 36th minute released a scampering Iredale who at first, attempted an audacious lob, but saw it parried by Cheltenham keeper Griffiths and then was denied the tap-in rebound by an incredible blocked by Ben Tozer who cleared the ball before it could reach the goal line.

After dealing with a couple of dangerous throw-ins from the get go after the interval, United found room to attack and conjure up a half chance on the 49th minute through Hannant, who curled a teasing attempt that Griffiths was on guard to palm out of play.

Cheltenham then drew first blood and the match’s only goal on the 63rd minute, when a deep cross from the left towards the back post was headed beyond the reach of Burton and in by defender Long.

With the hosts on the back foot and the visitors peppering their goalmouth, Bonner made a triple substitution on 74. Fresh legs in Boateng, Shilow Tracey and Harvey Knibbs were all brought on in the hope of seeing more action in the final third and salvaging a result.

Significant opportunities fell the U’s way in the dying embers. On 86, a Boateng cross was met at the front post by Knibbs who couldn’t get his foot round it as it deflected wide.

Continuing to show more endeavour going forwards and seeing a plethora of the ball where it mattered, Adam May picked out Paul Mullin from a wide angle, whose cannoning shot was deflected by a lunging Grant Horton before hitting the side netting.

Bang on the 90th minute, a peach of a corner from Boateng fell to Knibbs who couldn’t generate the accuracy as his header was glanced just wide of the post. It concluded a frustrating evening for United, who couldn’t make the most of their hefty late pressure. 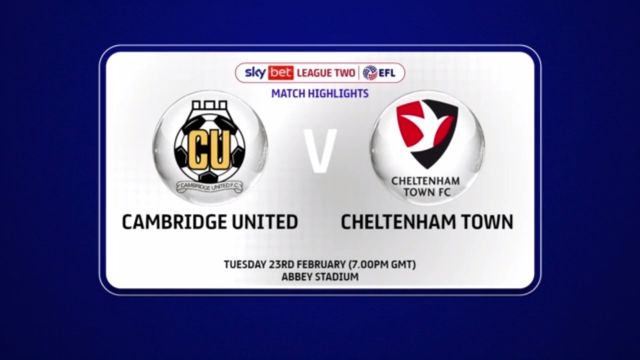 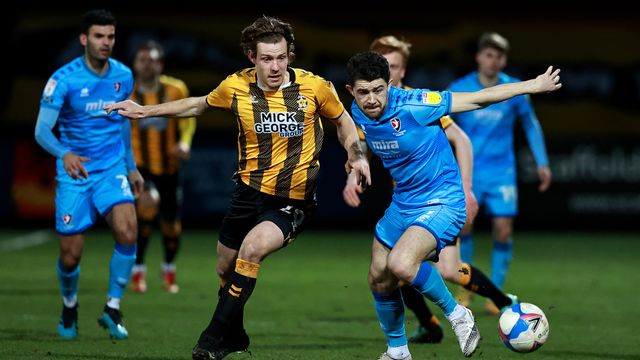