U’s centre back George Taft on embracing the new roles he’s been asked to take up by Colin Calderwood this season.

As well as stepping into a more senior role this season, Taft says he’s enjoyed the variation in positions he’s been asked to play in the opening month, with the U’s switching between three and four at the back. Whilst the 26-year old is fully aware of his primary objective in the team, he admits the additional opportunity to chip in offensively has been a very welcome addition.

He said: “Of course the defending comes first and remains the priority but it’s nice to open my legs a little bit and run at people. It means that either me or Harry become the spare man. I don’t know whether teams look at me and see a big six foot five centre back and step off thinking ‘give him the ball, he’ll give it us back’ but thankfully I’ve not done that too much! It’s nice to see some space open and there are more options that we can play and everyone works around it.

“I get a bit of a nose bleed once I get over the halfway line! I went on a crazy run a few weeks back and got fouled on the edge of the area, and I wish I had done a Zidane turn in the end because I probably could have got through. As soon as I get forward, everyone makes little angles that works quite well for the team.

“The first game we went to three at the back at Brentford. The gaffer told us to go out there and be a bit freer. We have been working on it and that gives a good feel about how it will work in a game situation. I really enjoy it personally.” 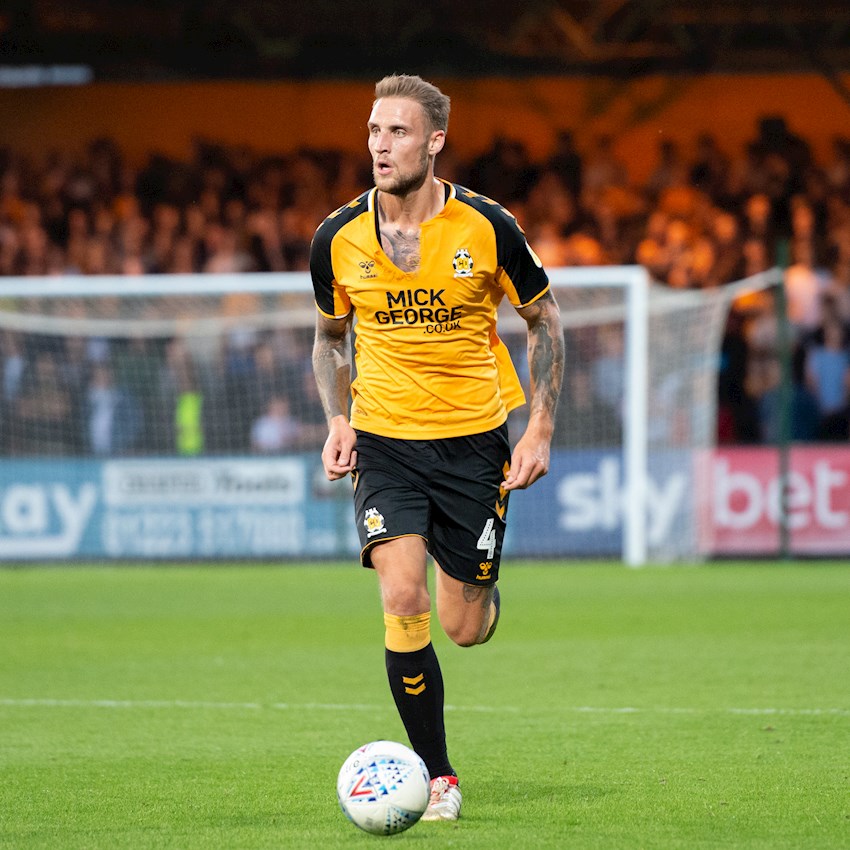 Taft takes a positive stance when it comes to reflecting on the first month of the season, and feels the first team group has naturally taken little time in becoming a tight unit.

“It’s been a positive start overall, especially compared to last year and that’s been down to the recruitment and how hungry everyone in the group is at the moment. When you look at the age structure of the team, we have a mix of plenty experienced boys along with some really young, hungry lads that want to make their mark.

“We have all gelled well especially in the early weeks of pre-season, where you could tell there was a good group forming.”

Ahead of Saturday’s Sky Bet League Two encounter with Forest Green at the Abbey, Taft feels the U’s have a point to prove following consecutive defeats but remains optimistic in his outlook on what United can achieve this season.

“The last couple of games haven’t been ideal but we are looking to bounce back. You can play well in games in this League and lose the points and that was the case against Oldham. We know we have conceded a few too many goals from set pieces, although we improved that at Port Vale.

“We know the areas we need to fix and sharpen up on. We saw at the start of the season the value of a clean sheet and we are creating chances, even in the defeats like Knibbsy’s opportunity last weekend which could have changed how we looked back on that game.

“So the clean sheets set the platform for us and if can continue to create the chances and put them away, we’ll be in a great position.

“We’re going out to win and seeing what we really do together this year.”