Cambridge United got up and running in the Papa John’s Trophy with an authoritative 0-2 victory against a youthful Northampton Town side at Sixfields...

A professional performance from front to back, which improved as the game wore on, was rewarded mid-way through the second-half when a clinical, quickfire brace from Fejiri Okenabirhie, his first in a U’s shirt, ensured maximum points and a first victory on their travels this campaign.

Following convincing defeats in their opening clashes in the Group H Southern, it was very much a make-or-break evening for the local sides – going home empty-handed would all but secure their fate. Undoubtedly, the hosts maintained the momentum, heading into the encounter off the back of three consecutive wins, whereas the U’s had lost back-to-back league games for the first time in the season.

Understandably, both sides ringed the changes. Mark Bonner injected fresh legs to the fold as he made seven switches from the XI that suffered the 0-2 loss against Barnsley three days earlier. Liam O’Neil retained his place as he captained the group, as did mainstays George Williams and Lloyd Jones, whereas James Brophy dropped to a full-back role.

In a blistering start, the youthful Cobblers found the back of the net with just 3 minutes on the clock – fortunately for United, it was deemed offside after an interference with play. In what was a well-worked move between Josh Eppiah and Liam Cross, the latter twisted and turned inside the box before poking towards the far corner.

For the U’s first test of their opposite numbers’ resolve, they went a matter of millimetres away from taking the lead. Excellent desire from Saikou Janneh to win the ball back and whip in a delivery from the far right was meat and drink for Okenabirhie, whose header across goal fell to Jack Lankester who, from 10 yards, lashed at Jonny Maxted who tipped against the post before floating out of play.

On the 26th minute, United were scratching their heads, wondering how they hadn’t drawn first blood. Lankester, enjoying the freedom to roam, latched onto Joe Ironside’s header, cut in from the right and executed an exquisite through ball to the provider. After running past Maxted, the number 9 caught out Josh Tomlinson in the process, but pulled the trigger too late as it blazed past a sea of claret.

Enjoying stretching out the play from the wing instead of as a focal point, Okenabirhie danced past both Ben Fox and Harvey Lintott on 32, racing inside and striking a shot which was well-blocked. Although looking likeliest to break deadlock, to Town’s credit they remained composed.

On the brink of the whistle, Maxted was called into quickfire action to first prevent Ironside, who held the ball up well and shot towards the corner, before pawing away Janneh’s thunderous header from an accurate Williams cross.

All in all, the U’s entered the break in the ascendency, running the channels well and not giving the hosts a sniff ever since their disallowed goal – all that was missing was the opener.

Choosing to retain the ball in the opening minutes of the second period, no clear-cut chances were crafted until 54 when Okenabirhie was gifted down the left – he wriggled his way into the box, picked his spot and drilled at Maxted’s bottom left corner, creeping excruciatingly wide.

Moments after a triple substitution was rolled from the visiting bench, the third change in Adam May was handed a presentable chance from just inside the box, perfect territory for the distanced specialist, but he got his angles wrong as it crashed well wide of the crossbar.

The breakthrough, which was coming, finally arrived on the 68th minute when United’s pressure paid off. A dangerous May corner was flicked on by Jubril Okedina and then Lewis Simper, who handed it on a plate to Okenabirhie who lashed home from a matter of yards – a pleasing moment for the summer signing.

The number 20 needed to wait just eight minutes before he could celebrate another goal in light blue. Dancing down the left, Harvey Knibbs cut back to an unmarked Okenabirhie who curled an audacious finish into the far corner – the technique and precision left Maxted rooted to the spot.

Purring, substitute Sam Smith was unfortunate not to have helped himself to a double in and around the hour mark after first jinking into the box from a tight angle and being denied by Maxted, before lunging at Shilow Tracey’s rapid delivery but unable to knock it goalbound.

Nonetheless, the damage was done – the welcoming three points ensured the U’s approach their third and final clash of the Southern Group H against Ipswich Town with progression to play for.

Bonner’s men return to Sky Bet League One action on Saturday (24th September) when they make the mammoth journey to Lancashire to take on Morecambe - be sure to back the boys as they battle for the points. 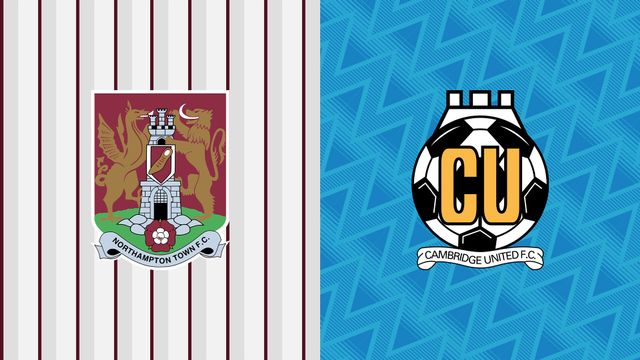 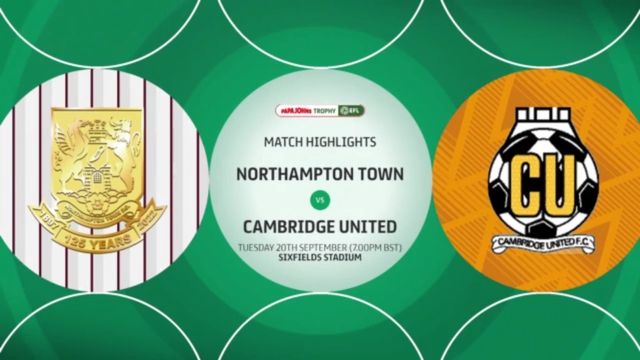 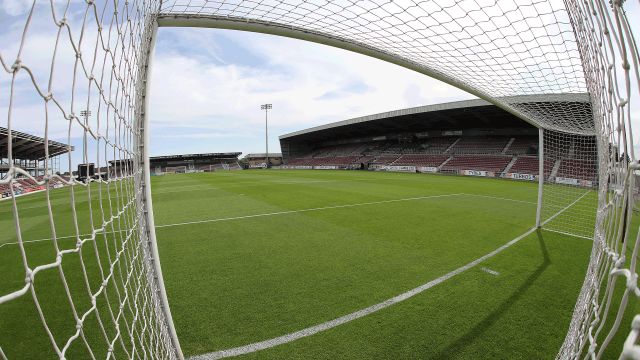