Cambridge United are presented with the chance of securing their fifth win from five at fortress Abbey Stadium on Saturday afternoon as newly-relegated Barnsley travel to CB5...

Mark Bonner’s group will need to showcase their bounce-back-ability skills once more and use CB5 form to their advantage should they wish to make an instant return to winning ways and overcome a Tykes outfit slowly picking up steam.

Saturday afternoon’s clash kicks off at 3pm, with tickets still available for fans to buy online at cufctickets.com.

Under no-nonsense manager Michael Duff, who has enjoyed a thoroughly progressive start to managerial life, the Reds are well-equipped to write off a turgid previous season and ensure an upward trajectory from here on. For a side who thrive on generated momentum – when the Yorkshire  side get going, they tend to steam to admirable distances.

That very well could be in motion right now. Understandably, a new season in unfamiliar territory takes time to adapt to, but the Tykes are now showing signs of being hard to beat. Quite mirroring to the hosts, our visitors have had a tendency to react well to setbacks. Duff’s men responded from an opening day loss to Plymouth Argyle by downing Cheltenham Town 1-0. Although fellow relegated outfit Derby County took maximum points at Pride Park, a really imposing 3-0 win against Bristol Rovers raised hopes. Frustratingly, Wycombe Wanderers then ran riot with a reverse score four days later. Battling to a share of the spoils with Ipswich Town and then professionally dispatching Sheffield Wednesday 0-2, both away from home, kickstarted a small unbeaten run which continued last time out against Port Vale.

As for what United can expect, Barnsley have a really strong core from defence to attack, obtaining a relentless press thanks to a relatively young squad. In truth, it’s a typical Duff side – hard-working, stubborn at the back and a nuisance in the attacking third. Bradley Collins is now an experienced head between the sticks, Mads Andersen and Robbie Cundy are renowned warriors, Luca Connell is receiving rave reviews in the middle of the park and James Norwood is a proven goalscorer at this level, who rotates well with determined figure Devante Cole.

The U’s suffered the blues on the road last time out, as fellow 2021 promotion pals Cheltenham Town secured a comeback 2-1 victory at the Completely-Suzuki Stadium. Adam May’s sumptuous strike gave Bonner’s men the initiative going into the break, but a below-par second half, which lacked any intensity, saw the Robins snatch the points.

Speaking after the game, the Head Coach confessed: “They (Cheltenham) ran really hard, they played with a real intensity – much better than us tonight and they deserved to win.”

In regards to United’s performances on the road this season, their endeavour has constituted to just the single point. Along with Burton Albion, it’s the joint-worst showing in the division. The post-mortem is something that will be addressed once their next away day comes around.

That’s because, on the contrary, Cambridge and Plymouth Argyle are the only sides still to obtain a 100% record on home turf. In what is their most dominant winning start to a season at CB5 since returning to the Football League in 2014, the U’s have been good value for maximum points in all four thus far, although this is arguably their toughest test yet. Another string to their bow is that they’re yet to lose back-to-back League One matches this season, the amber nation will hope that continues.

In regards to team news for the weekend, the boss mentioned that despite being ruled out for a couple of games, he’s hopeful of seeing Brandon Haunstrup can return to training next week. As for the squad who featured on Tuesday evening, all left unscathed and ready for selection.

The U’s vs the Tykes used to be quite a common fixture throughout the mid-70’s and early 80’s when the sides were in Division Four and Division Two. You have to cast your minds back 30 years to the last time our wits were pitted. The Reds did the double that season, proving victorious 1-2 at the Abbey before comfortably winning 2-0 in March 1993. The campaign culminated in the confirmation of an oncoming slump - that miraculous climb up the ladder was over as the side were relegated in 23rd. Barnsley finished a lucky 13th, at least in Ian Atkins’ eyes.

United were in the midst of the pinnacle the last time they secured a win over Saturday’s opponents. In October 1991, over 5500 flocked to CB5 to witness a 2-1 success thanks to late strikes from Steve Claridge and Dion Dublin. 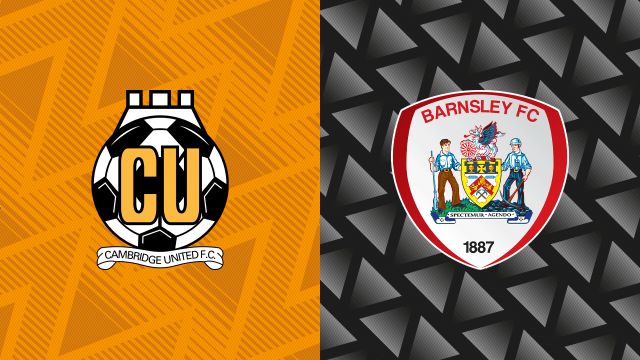 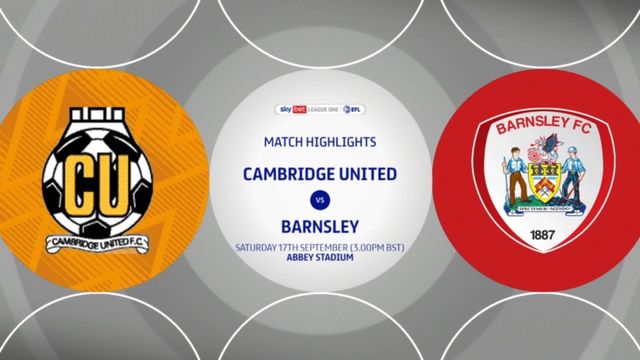 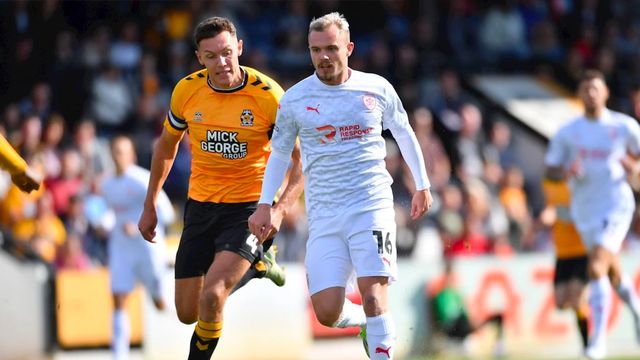