Cambridge United hit the road on Tuesday night as they travel to Wycombe Wanderers in their latest Sky Bet League One clash...

Mark Bonner’s men have endured a hard time of late, succumbing to four consecutive defeats in the division. In a sharp turnaround, they look to accumulate some much-needed points against a Chairboys side who have found their mojo of late.

Over 250 tickets have already been snatched up ahead of the 7:45pm tie in Buckinghamshire. Supporters who wish to join us can buy their tickets for the match on the day at Adams Park.

Fans who aren't going to the game can stream the clash live with an iFollow Match Pass. Match Passes cost £10 and are available to purchase by clicking here.

Under the tutelage of Gareth Ainsworth, Wycombe Wanderers have enjoyed a spellbinding journey, which has sparked memories in each and every campaign. Fluctuating between rankings, the side went from within a defeat from dropping to Non-League in 2014 to gaining a first-ever promotion to the Championship over five years later. Although they returned to the third tier instantly despite almost performing the majestic great escape, they dragged themselves to the play-offs last season, falling short to Sunderland in the Wembley final. Well-drilled, their tactics may not be easy on the eye to many, but their doggedness and desire is undoubtedly effective.

A 3-0 dismantling of Burton Albion on the opening day gave an indication that the Blues could be a force, but that transpired into three successive losses. Newcomers Barnsley were put to the sword next, 0-3 away from home, before the shares were spoiled against Charlton Athletic and Fleetwood Town. A Jason McCarthy finish sealed the points against Accrington Stanley, but the four-game unbeaten run switched to another three-match losing streak in an excruciating schedule against promotion challengers Derby County, Sheffield Wednesday and Plymouth Argyle. The streaky side bounced back in some style, beating Oxford United, Peterborough United and then MK Dons last time out. A testing start to the campaign looks to be behind the Chairboys now – they’re hunting five on the bounce in all competitions.

Ainsworth’s men have a difficult spine to dissect. Joe Jacobson adds an immense level of creativity from the left, whilst the returning Alfie Mawson adds pedigree after a successful spell in the Championship. Lewis Wing and Nick Freeman pull the strings, allowing freedom for Anis Mehmeti, who’s adding goals to his game and enjoying playing behind hitman Sam Vokes.

Despite being kept in the encounter thanks to a string of fine saves from Will Mannion in the first half, Bonner’s men did not conjure up a shot on target, which was punished by an unfortunate Paul Digby own goal late in the encounter.

Reflecting on the loss, the Head Coach said, “We’ve lost way too many games. That should be just a rubbish 0-0 in the end after the first half but we haven’t found a way of taking points from games at the moment when they’re running away from us."

Overall, the U’s have now lost seven of their last eight league games. Included in that is five in succession, which hasn’t happened since they returned to the Football League, with one goal scored in that time. Although the chips are down, character has been shown on many occasions with this current group, can they recapture that spirit?

On the team news front, a similar squad is anticipated. Harrison Dunk looks the likeliest to return to the fold next, whereas Dimitar Mitov and Brandon Haunstrup are still a few weeks from selection.

Where the U’s are concerned, they will hope the phrase ‘third time lucky’ proves fruitful after their two previous clashes in 2022 have resulted in convincing Chairboys victories. Inspired attacking displays from Anis Mehmeti and Sam Vokes helped secure midweek 3-0 and 1-4 romps in the midweek clashes.

You’d have to go back well over six years to recall the last time United claimed success over their opponents. In 2016, they kickstarted March with a resolute 1-0 win thanks to Josh Coulson’s deflected header - his last for the side. On the evening, it moved the team within three points of the play-offs, but they ultimately fell short under Shaun Derry.

The overall record between the sides makes for good reading for the hosts. The aforementioned victory is the solitary one in 10, with eight defeats in that time too. United have recorded maximum points just once at Adams Park, that came in February 2001. Not a happy hunting ground, but the visitors’ focus is solely on the present.

After Knibbs put the U’s ahead with just 7 minutes on the clock, the home side Blues equalised through Vokes’ close-range header before Lankester’s fine curling effort restored United’s lead at the break

The second half arguably saw Cambridge’s best 45 minutes of the season, as they limited Wycombe’s opportunities at the defensive end and looked as dangerous as ever on the attack. After spurning a number of good opportunities to extend the lead, Jones made sure of the points with around 15 minutes to play.

Although Wing reduced the deficit once more deep into added time, it wasn’t enough for the home side as Cambridge United picked up a first win at Adams Park since 2001.

Mark Bonner made four changes from the side that lost against Port Vale at the weekend, as Okenabirhie was handed his first league start for the Club whilst Ibsen Rossi, Ironside and Simper came in for Taylor, O'Neil, Tracey and Smith.

Eager to right the wrongs of the previous few weeks, the U’s got off to the perfect start when Knibbs ran onto Ironside’s headed knockdown before finishing under Stryjek with a well-struck low finish on just 7 minutes.

Vokes had the ball in the United net just minutes later, but the referee blew the play up for a push by the striker on Williams who was defending the Wycombe man.

Top scorer for the Blues, Mehmeti, kissed the woodwork with a fine effort from the edge of the box on 18 minutes before McCleary fired over from the rebound.

The early lead appeared to spark some much-needed confidence into the men in Amber and they should have doubled their lead with 22 minutes played, as Knibbs won the ball high up the pitch on the left hand side before bursting forward and playing it across for Ironside, who after taking a touch dragged his shot wide of the post.

Five minutes later, a devastating moment for Okenabirhie, who was forced to cut his full league debut short after picking up an injury and the U’s would face a Wycombe bombardment for much of the remainder of the half, as the home side pushed hard for an equaliser.

United defended valiantly as the Chairboys peppered the box with cross after cross, but the hosts got their rewards through Vokes on 35 minutes as the striker headed home from a corner.

Just before the half was up, late drama saw strong appeals for a penalty from the home side turned down, before the U’s broke up the pitch in numbers, which led to Lankester curling home from 20 yards out to put his side back in-front.

Dogged defending and clinical counters were the recipe for a one-goal lead at half-time.

The second half almost started in a similar fashion to the first, as United came close to extending their lead through Ironside, who was played in by his strike partner, Knibbs but after taking a good touch to get the ball out from under his feet, the shot flew just wide of the far post.

Simper forced the Wycombe goalkeeper into a flying parry as he let rip from distance, looking to emulate his goalscoring exploits from seven days prior.

With just over an hour to play, United created their clearest opening of the match as Lankester led the charge down the left before squaring the ball for Ironside, but the United number 9 couldn’t get enough precision or power on his shot to beat the Wycombe number 1.

The late Chairboys onslaught never came. Instead, United managed the latter stages of the second half superbly well to enjoy large periods of control without ever really looking like conceding.

With 13 minutes remaining, Jones secured the victory with his first goal for the Club, ghosting in at the back-post to volley in Simper’s corner, sparking wild celebrations in-front of the travelling fans.

Wycombe came on strong in the closing moments - which included 7 minutes of injury time - and a 98th minute deflected strike from Wing temporarily set United hearts racing, but the whistle blew less than a minute later to give the U’s that winning feeling again ahead of Saturday’s derby at Peterborough. 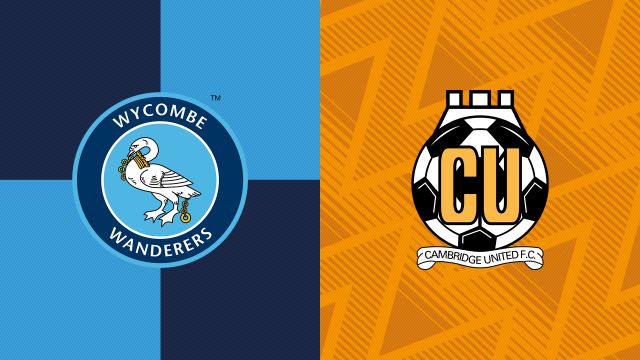 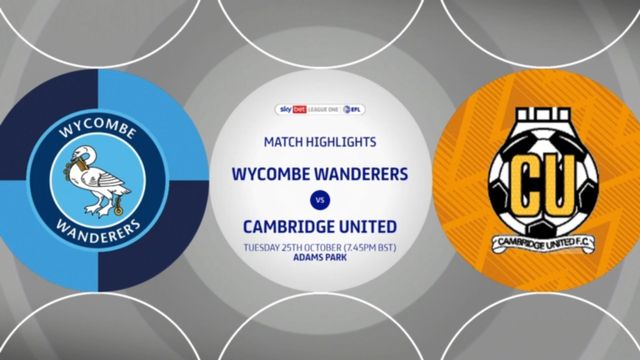 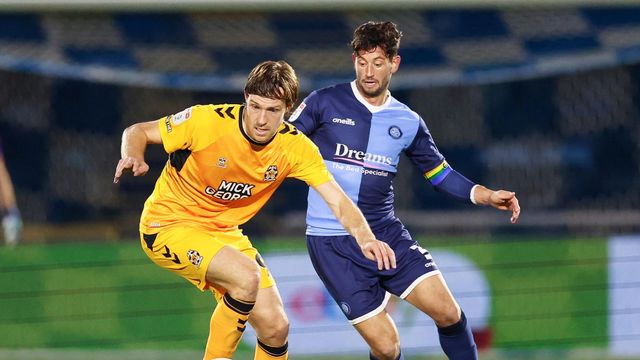