The anticipated local tie under the Portman Road lights await Cambridge United as they take on early promotion contenders Ipswich Town in the rearranged Sky Bet League One match...

Mark Bonner’s men look to re-enact the result of the previous meeting between the sides and oversee an immediate return to winning ways against one of the pace-setters, who are settled and playing eye-catching football under Kieran McKenna.

Tickets for Tuesday evening’s clash in East Anglia are on the verge of being sold out, with over 1900 U’s fans expected to make the journey from Cambridgeshire for the 7:45pm kick-off. To secure your place, purchase online at cufctickets.com.

If you can't make it to the game, stream the clash live on iFollow. Match Passes cost £10 and are available to buy now. The simplest way to do so is by clicking here and selecting the Ipswich Town fixture.

Embarking on their fourth season in the third tier of English football, early signs suggest this is the Tractor Boys’ best chances of promotion since falling to relegation in 2019. 11th, 9th and 11th place finishes have proven frustrating for the side, but the foundations were laid immediately after Kieran McKenna was appointed in December 2021. The League One Manager of the Month nominee for August immediately made Town’s defence water-tight, keeping 12 clean sheets from his opening 18 games, as well as going 11 unbeaten between February and March. Thanks to just the solitary defeat in their opening 11, Town sit in 2nd and aim to regain pole position tonight.

Starting as they meant to go on, McKenna’s men shared the spoils with Bolton Wanderers on the opening day, before overpowering Forest Green Rovers, MK Dons, Burton Albion and then Shrewsbury Town – conceding just the two goals in the process. Barnsley forced a point in a competitive matchup, before Conor Chaplin played a pivotal part in back-to-back wins vs Accrington Stanley and Bristol Rovers. Their most recent three games, all against promotion chasers, constituted four points as they took a point at Sheffield Wednesday, fell to defeat against Plymouth Argyle but bounced back to secure a dramatic 3-2 success against Portsmouth last time out.

In United’s way at Portman Road is a really settled side who have found their identity under Kieran McKenna. Unbeaten at home this season, the blues like dominate the possession and suffocate their opponents with passes. 22 goals have been plundered so far, with the strikes generously shared around the attack which is blessed with pace and trickery – it comes as no surprise that no goalkeeper has recorded a clean sheet against them. Lee Evans and Sam Morsy continue to break up and dictate play from the middle of the park, whilst Wes Burns and Leif Davis are thriving as wing-backs in the stubborn system. Rejuvenated, Chaplin has popped up with six goals and two assists already, whereas Freddie Ladapo has scored in his past three matches.

United arrive off the back of an unnavigable 0-2 defeat against Derby County at the weekend. In a game with very few chances, the experience of James Collins proved crucial as his brace sinked the U’s.

In truth, although the hosts couldn’t generate the chances to scare the Rams, they were in the encounter for a large period. In similar circumstances, they forced little attacking opportunities in each half, but were undone late both times as their defensive awareness was punished.

Refusing to let the defeat sink the positive start United have obtained, Bonner said: “We can’t get too disheartened when you lose against a team as strong as them. Whilst we have an ambition to be competitive in these games and see how many points we can get, we also have a realism about us.”

Importantly, lessons were undoubtedly learnt. As they prepare to to take on many more quality sides playing at the same level this month, perhaps playing away from home, without any real pressure, could suit them. One positive to take from last season was their ability to frustrate an opponent, slow the game down if need be, and take points from the big teams on enemy soil – the travelling faithful will hope this comes into fruition once more on Tuesday.

The U’s ensured their first competitive meetings with the Suffolk outfit since 1992 was worth the wait as they ground out a respectable four points.

In April’s battle at the upcoming venue, United showcased real grit and determination to secure a 0-1 win after forcing Dominic Thompson into an own goal on the hour mark. All in all, it was the perfect away performance and practically confirmed another season in the third tier.

Shortly after the three points were banked, Bonner stated: “I thought there were some outstanding performances there, and it becomes a really big result and a brilliant day for us, in what’s a local game supported by huge numbers of away fans, and gives us another real highlight in our season.”

Undoubtedly the most iconic match between the clubs, and one stapled in the history of Cambridge United, is the encounter in November 1991 when, in front of 5000 travelling fans, Gary Rowett and Steve Claridge secured a 1-2 win to climb the side to the summit of the Second Division – the pinnacle of their achievements since forming in 1912.

Cambridge United fell to a strenuous 3-0 defeat against on song Sky Bet League One leaders Ipswich Town at Portman Road...

The U’s resistance remained stubborn throughout the first period, but they found themselves undone mid-way through the second half when Tyreece John-Jules broke the deadlock, before fellow substitute Kyle Edwards helped himself to a brace to secure maximum points for the Tractor Boys and consign the visitors to back-to-back defeats.

Warming up in front of a populous atmosphere, the visitors were out to re-enact the previous meeting in Suffolk and make an instant return to winning ways. Unsurprisingly, the ‘confident underdogs’ tag would need to be on show against one of the early pace-setters, who had been eye-catching and defensively sound under Kieran McKenna.

Following the defeat against Derby County three days earlier, Mark Bonner made four changes as he opted for a battling starting XI. Due to several injuries within the squad, Greg Taylor and Jubril Okedina returned to the defence, whereas James Brophy and Harvey Knibbs were drafted back to the attack.

Aiming to start ferociously, the hosts carved out the first opportunity five minutes in when Freddie Ladapo latched onto a through ball before cannoning at the near post which Dimitar Mitov was on hand to gather prior to the flag being raised.

In terms of United’s opening, Sam Smith had been the integral spearhead in the lone role. On 17, a mistake allowed Okedina to scamper into a central area – although he took time in pulling the trigger, when he did it lashed just over Christian Walton’s crossbar.

The physical start to proceedings had its chances dished up on the side, with Bonner’s men conjuring up their best attempt on the 27th minute when Brophy drilled a killer pass to Smith on the outskirts of the box, whose shot rose at the wrong time as it landed just wide. While the U’s attacks were limited, they had the energy about them and posed problems.

Quickfire attempts from the Tractor Boys on the half an hour mark saw handful Ladapo power a header just wide of Mitov’s left stick before another sweet Wes Burns delivery was picked out by Leif Davis, who turned a downward header past the other post.

From here, United rolled their sleeves up and remained resolute as their counterparts were continuously roared on. Undoubtedly the chance of the game landed on 40 when another pinpoint delivery from Burns fell to Chaplin at the back post who buried against the side netting.

Although the hosts had the possession, they couldn’t make it count in the first period. That was testament to the visitors’ grit to clear their lines and, to their credit, their industrial play on the break.

Following the interval, the men in amber remained committed, with Mitov assuringly collecting every cross which floated towards the box. The flurry of moments in the final third for Town remained, who looked the likeliest to break deadlock.

However, this dissolved slightly on the hour mark, with the U’s starting to enjoy a little more freedom to roam with their pace looking the likeliest attribute to generate an opportunity.

The Tractor Boys broke through on 71' when John-Jules latched onto Marcus Harness’ cross, adding venom from a matter of yards to thunder past a helpless Mitov.

Purring, the hosts killed the U’s off two minutes later when fellow substitute Edwards beat his man and whipped in a cross which travelled all the way in – undoing the travellers’ strong application.

Any hope of a dramatic fightback was diminished on 86 when a loose ball dropped to Edwards on the edge of the area who prodded into the bottom corner and complete the evening’s action.

Adamant to fight back, the U’s now hit the road again on Saturday (8th October) as they travel to the south west to take on newcomers Bristol Rovers at the Memorial Stadium - be sure to grab your tickets and roar the boys on. 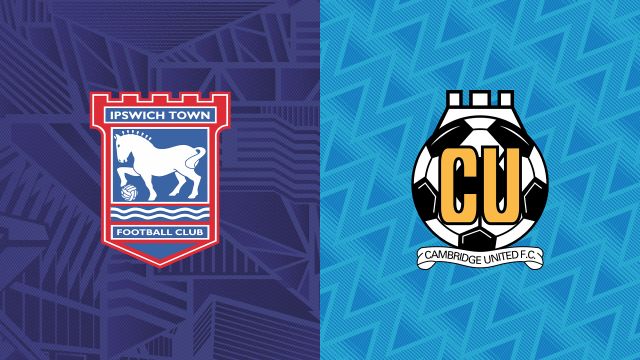 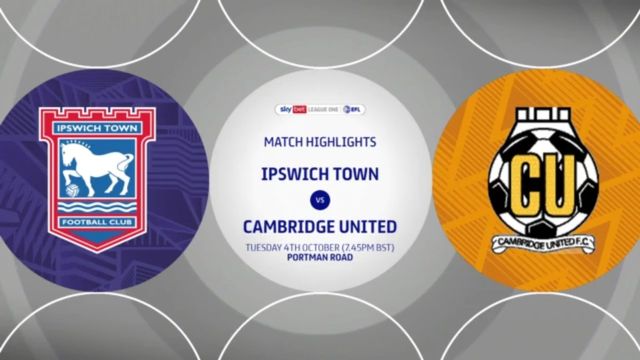 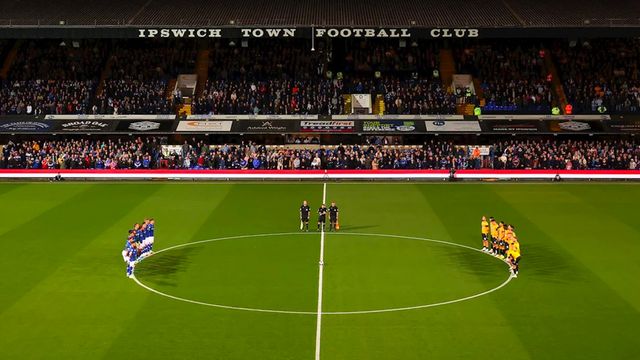