The Papa John’s Trophy Southern Group H reaches its conclusion at the Abbey Stadium on Tuesday night as both Cambridge United and Ipswich Town look to confirm their progression to the knockout stages...

On an evening where changes will be rang, Mark Bonner’s men may potentially need maximum points at the very minimum as they look to garner momentum against a Blues side who are all but through thanks to their 100% start to the group.

The clash in CB5 kicks off at 7pm, with tickets available to buy online at cufctickets.com.

Along with the away end, only the Main Stand will be open for this fixture, with tickets priced at just £12 for Adults, £6 for Concessions and £3 for U18s.

If you can't make it to the game, stream the clash live on iFollow. Match Passes cost just £10 and are available to buy now. The simplest way to do so is by clicking here and selecting the Ipswich Town fixture.

Now in their fourth season in the third tier, early signs indicate that tonight’s visitors are primed to take the division to the very wire thanks to an undisputable start. Successive final rankings of 11th, 9th and 11th look destined to be shattered as Kieran McKenna instils a fluid system, with heaps of depth from the bench, which has proven to be a tough nut to crack. While the league may be the priority, a lengthy cup run and a first visit to the new Wembley Stadium would certainly go down well with the Tractor Boys’ faithful.

Since beating the U’s on home soil a fortnight ago, the East Anglian side came from behind to dispatch Morecambe 1-2 at the Globe Arena thanks to quickfire strikes from George Edmundson and Lee Evans. Last time out, Lincoln City inflicted their first defeat of the season at Portman Road thanks to a shock 0-1 win, despite obtaining 24% possession and contending with just the 33 shots from the hosts. Remaining in 2nd, McKenna’s side are four points from leaders Plymouth Argyle.

Thanks to their three-point gap and eight-goal swing from 2nd, the visitors are essentially through after breezing past Northampton Town 6-0 and Arsenal U21’s 2-0, although a point tonight will ensure that no miracle can be performed.

With changes anticipated, many who make an appearance tonight will be itching to make their mark on the game to secure more minutes in the bread and butter that is League One. Experienced figure Richard Keogh looks likely to lead the defence, whilst Vaclav Hladky should don the gloves. Goalscorers from last time out, Kyle Edwards and Tyreece John-Jules, could also make starts – which showcases the strength in depth of the counterparts.

Determined to accrue much-needed momentum, the U’s approach this local tie off the back of a routine 0-2 loss against promotion hopefuls Sheffield Wednesday on Saturday.

Although the hosts did limit the Owls to just a few clear-cut chances, the experience and know-how of Lee Gregory proved too strong as he plummeted a clinical brace to frustrate the U’s, who enjoyed strong spells but never looked like threatening David Stockdale between the sticks.

Reflecting on the defeat, Bonner stated: “I think the story of the game is really in the fact that there was a vulnerability about us defensively that gave them two fairly soft goals, and then just a lack of spark and belief in a little bit of our attacking play.”

With the attention now diverted to the cup, the evening will be an immense help for those who are in need of further fitness - on top of improving the morale after four consecutive defeats, with an important league schedule for the remainder of October looming.

Regarding permutations, United simply need to better Arsenal U21’s result away at Northampton, otherwise they will find themselves knocked out at the first hurdle.

The Head Coach issued further woes to an increasing injury list of late, confirming that: Will Mannion, Dimitar Mitov, Brandon Haunstrup, Adam May and Paul Digby will all endure spells on the sidelines, forcing a threadbare squad.

You don’t need to go too far back for the last time the sides pitted wits – it was just two weeks ago where Town eventually broke through the U’s dogged resistance to run out 3-0 winners at Portman Road.

Tuesday's game does see our first meeting in this competition, but it’s not the first time they’ve battled in a cup contest. In the 1993/94 campaign, the Tractor Boys ran out 4-1 winners in a two-legged League Cup Second Round tie. United will be hoping to get some form of revenge this time around.

Cambridge United concluded their Papa John’s Trophy campaign in 3rd position with a hard-earned 1-0 victory against ten-man Ipswich Town at the Abbey Stadium...

An early red card from Kyle Edwards handed the U’s an advantage that they would capitalise on late in the second half as Academy prospect Lewis Simper rifled home his first goal in amber and black to seal the points against the table-toppers.

Owing to a stacked injury list containing key figures, Bonner was forced to freshen up his squad as he named eight changes from the XI that fell to a 0-2 defeat against Sheffield Wednesday three days earlier, with Greg Taylor, George Williams and James Brophy keeping their places. Elsewhere, Ben Worman made his first start of the season, one of five in the squad to come out of the Academy.

Camped back from the get go, the Tractor Boys forged the opening chance within the opening minute when Kayden Jackson squared to Tyreece John-Jules, who viciously blazed straight towards the gloves of Will Mannion.

On the 16th minute, just moments after receiving a yellow card for a dangerous high tackle, Edwards was handed his marching orders after referee Thomas Parsons noticed simulation in the corner of the box.

Enjoying their one-man advantage, the U’s gradually gained a foothold on the clash. Liam O’Neil’s delightful pass on 24 forced a neat spell of possession in the final third, which resulted in a sweet long-range strike from Worman which Vaclav Hladky claimed.

Jack Lankester’s inswinging free-kick on the half an hour mark posed problems for his former club, but Hladky did well to claim the danger. Although there was nothing to separate the sides up to that point, the Czech anticipated a busier rest of the evening than his counterpart.

Moments before the break, Lankester poked the ball to Fejiri Okenabirhie, who beat the offside trap and attempted an audacious curler from 20 yards which sailed over the crossbar.

Despite their numerical disadvantage, the visitors showcased their intent to take something from the game in the second period, deploying four substitutes and enjoying their large periods on the ball.

On the eve of the hour mark, United battered the opportunities, going agonisingly close to drawing first blood on numerous attempts. An astute block from Richard Keogh helped deny Lankester, who had pulled the trigger towards a glaring goal.

With their tails up, they continued to pour forwards. On 63, Saikou Janneh forced an astute save from Hladky before Lankester, in the follow up, clattered the crossbar from distance. From here, Brophy and substitute Harvey Knibbs forked out attempts on target.

The breakthrough finally arrived on the 77th minute when Simper rifled home his first goal in black and amber. After the ball fell convincingly to him from 25 yards, the youngster drilled a piledriver against the post and in to spark jubilation.

It was a lead the hosts showed no signs of surrendering, as they bowed out of the competition with their heads held high after a hard-earned victory that provides them with momentum.

Up next, the Abbey plays host for a third consecutive on Saturday (22nd October) as newcomers Port Vale make the trip in what is set to be a key Sky Bet League One match – be sure to back the boys. 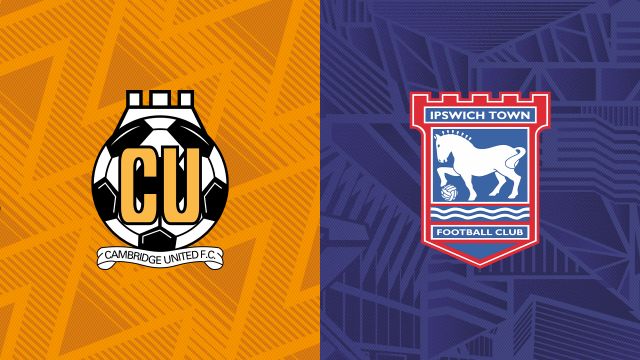 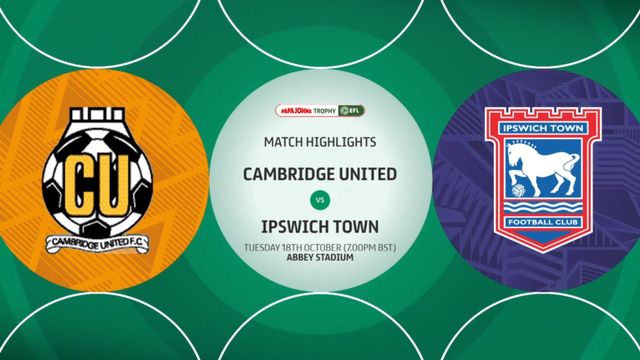 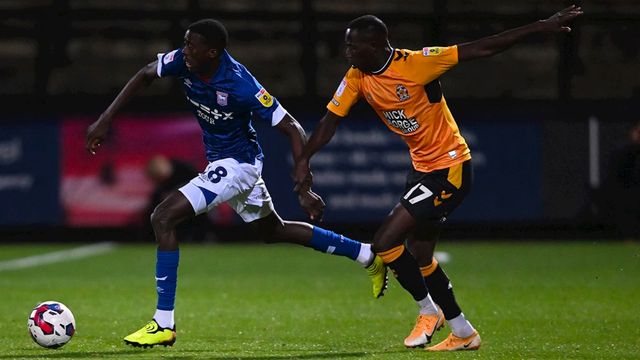