Cambridge United are presented with the chance of bouncing back in Sky Bet League One as they make the journey to the Memorial Stadium to take on Bristol Rovers...

After back-to-back defeats against some of the standout opponents in the division, Mark Bonner’s men are determined to return to winning ways and maintain their ranking in the top ten. In their way, Joey Barton’s newcomers who are winless since August and will look to use home advantage to their favour as they scrap for points.

Over 400 tickets have already been snatched up ahead of the 3pm tie in the south west. Supporters who wish to join us can buy their tickets for the match online at cufctickets.com or over the phone by calling 01223 566500. Please note, tickets will not be available on the gate.

Domestic fans who are unable to make the game will be able to listen to live match commentary via iFollow, as well as being able to follow live match updates on the day through United’s Twitter account.

Bristol Rovers fans have been through every emotion and then some in the past decade. A slight yo-yo club, they’ve plied their trade in three separate divisions, but now aim on stabilising one more. The single campaign in the Conference Premier, in 2014/15, proved the lowest point, but Matty Taylor and Ellis Harrison spearheaded the side to a play-off victory, before confirming back-to-back promotions the following year. Thanks to undoubtedly the most bonkers’ final-day drama in 2021/22, the hosts are back where they feel they belong. Under the tutelage of Barton, who brings real belief, Rovers are in 21st and winless in eight.

The party atmosphere on the opening day was disrupted by fellow newcomers Forest Green Rovers, but the side bounced back to secure consecutive wins and clean sheets against Burton Albion and Oxford United. Frustratingly, that proved the last time they won a game in the division. Barnsley and Portsmouth both netted three against the backline, but Barton’s group did secure back-to-back draws against Shrewsbury Town and Morecambe at the Mem. Also in September, Ipswich Town, Lincoln City, in what was a 3-6 thriller, and Accrington Stanley snatched the points, before last time out the shares were spoiled away at Exeter City.

To conclude, many expect the Pirates to arrive low on morale, with changes more than likely rolled. Direct, with a fluid attacking approach and a real threat on the counter, the U’s will be wary. In the defence, Luca Hoole and Lewis Gordon are trusted, despite their tender age, whereas Jordan Rossiter and Antony Evans add the tenacity Barton is after. Up top, John Marquis is proven at this level and can punish an unconcentrated defence. He’s accompanied by Aaron Collins, who has already hit double figures in terms of goals and assists.

Last time out, the U’s endured a demanding 90 minutes that ended in a 3-0 loss against local outfit Ipswich Town at Portman Road. What was evident on Tuesday night was the impact of the Tractor Boys’ substitutes, who combined to wrap up the win in the latter stages.

For the first 70 minutes, the visitors had been resolute. Sure, they did not dominate the ball, but had defended astutely to keep out the continuous wave of attacks. In the first half particularly, they posed problems on the break thanks to their industrious energy, but ultimately couldn’t surpass a tricky defence.

Speaking after the whistle, Bonner stated, “I’m only disappointed because we lost, but let’s be honest, our season won’t be defined by nights like this… I thought we worked our socks off to be in that game, it sounds silly to work so hard to lose 3-0.”

Despite succumbing to four defeats in five, it’s important to note the likes of Barnsley, Derby County and Ipswich Town, who all beat United without reply, are genuine promotion contenders, so the group will no doubt learn from this and take it forward into the season. Still learning, they currently retain a place in the top ten, which is testament to their positive start.

In regards to team news for Saturday, the Head Coach stated that Brandon Haunstrup (calf) and Jack Lankester are most likely out, whilst he was more hopeful Harrison Dunk (knee), Shilow Tracey (illness) and Joe Ironside (dead leg) would return to action after featuring in training.

The last meeting between the sides came in the First Round of the 2017/18 League Cup, when the U’s returned home from the characteristic Memorial Stadium with an underwhelming 4-1 defeat. Billy Bodin set the tone with a first-half brace, whilst Uche Ikpeazu bagged the visitors’ consolation. Half a decade on, just Dimitar Mitov, Greg Taylor and Harrison Dunk remain at the club from the selected 18.

On that summer evening, former Head Coach Shaun Derry acknowledged it was a “massive, massive learning curve” and ultimately a “bitter pill that we’ll taste and go forward.”

It’s safe to say that the Pirates boast the more imposing of records between the pair. Since promotion from Non-League, United have lost all three matchups. Remarkably, there was a period between 1992 to 2001 (13 matches) where victory wasn’t tasted once.

The last time Cambridge stole maximum points was in October 2004, when John Turner’s strike was enough to separate the sides at the Abbey Stadium. Notably, Rovers finished 12th that season, drawing just the 21 times, whereas United finished rock bottom, with their 35-year stay in the Football League terminated.

It was another tough outing on the road for United as the U’s fell behind early during a difficult opening period in Bristol. Despite drawing level before the break through Ironside’s penalty and playing an improved second half, it was the home side that came out on top as Coburn scored the winner midway through the second half.

Mark Bonner made just one change from the team that started at Portman Road on Tuesday, as Joe Ironside came in for Liam O’Neil to lead the United attack.

Played in-front of a packed Memorial Stadium, the home side got off to a blistering start, putting pressure on the U’s from the off.

Evans had the first shot on target just a couple of minutes in, but hit his strike down the throat of Mitov from distance. Coburn was next just a few minutes later, jinxing in-between Digby and Okedina before curling narrowly wide of the far post.

The Gas’ main goal threats, Collins and Loft who have 10 goals between them this season, both saw chances go begging before the quarter of an hour mark, as the former forced Mitov to get down low and push the ball away from an effort via the edge of the box before Loft misjudged a close-range header with the goal at his mercy.

It wasn’t long before they made the fast start count. Hoole deemed to get the final touch as an outswinging free-kick caused chaos amongst the United defence to make it 1-0.

Despite the concerning start, United soon got to grips with the contest and began to settle down. Smith acrobatic volley towards goal on 30 minutes was the team’s best sight of goal in the contest so far, but with 10 remaining in the half, the U’s pulled level.

After receiving the ball on the left touchline, Williams drove forward and took the space in-font of him, before zipping in a superb through-ball for Smith, who after taking a touch inside was cleaned out by Belshaw in goal. The referee had no hesitancy in pointing to the spot and Ironside did the rest to make it 1-1, sending the goalkeeper the wrong way.

Smith came a strong left hand of Belshaw away from giving United the lead, after getting off a first time shot following Okedina’s cut-back and whilst clearly not being at their best, Mark Bonner’s men went into the break all square with it all to play for in the second half.

Just two minutes into the second half, United should have taken the lead when Smith’s lofted pass found Ironside inside the box, but after taking a good touch to get the ball onto his favoured right foot, Belshaw was equal to the shot to keep the score level.

The Rovers ‘keeper was called upon moments later to deny Smith a curling effort heading towards the top corner and it felt like the momentum in the game was beginning to turn.

Ironside brought out the best in Belshaw again on 52 minutes with a fine push over the crossbar following the striker’s on-target header and it’s on moments like that where games can change. Shortly after, Coburn gave Bristol the lead by applying the finishing touch to a fine attacking move down the left hand side, instigated by their number 10, Aaron Collins.

Adam May was forced off with injury just after the hour mark as Liam O’Neil came on in his place to help shore up the midfield and Jack Lankester replaced Okedina with a quarter of the game to go as United looked for a route back into the match.

Ironside again headed over the bar with 73 minutes played, as he got onto the end of Williams’ cross but appeared to be unsighted by the covering defender as it seemed to come to him by surprise.

The introductions of Shilow Tracey and Fejiri Okenabirhie aimed to add some extra pace and impetus to United’s attacks, but aside from a Taylor header following an added time corner, United failed to really test the Rovers backline as the home team held out for the win. 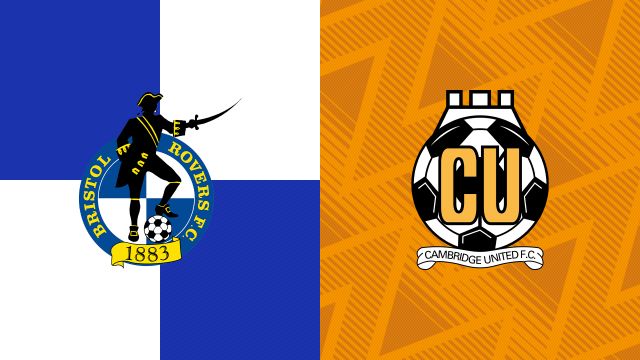 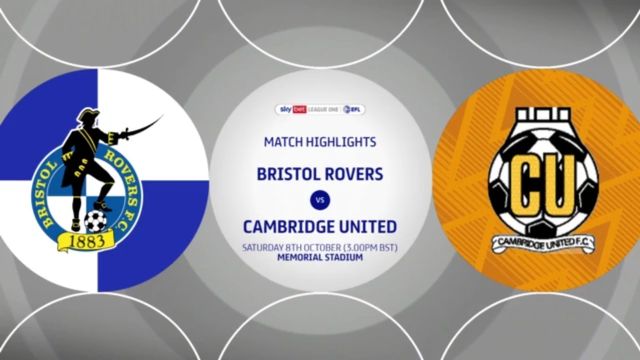 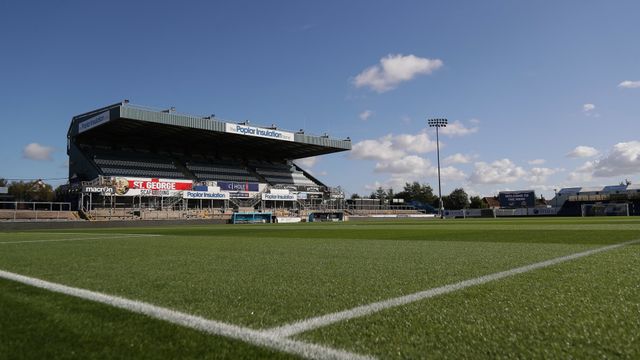