The final clash at the Abbey Stadium in 2022 sees Cambridge United take on top-half Shrewsbury Town in their latest Sky Bet League One outing...

Over two weeks since they were last in action, the sides have had plenty of preparation to help craft the perfect Christmas present – three points. Mark Bonner’s men are out to gain their first victory since October and build on an encouraging draw last time out, whilst Salop arrive off the back of three successive wins.

Monday afternoon’s Boxing Day clash kicks off at 3pm, with tickets available for fans to buy online from cufctickets.com. A bumper home crowd is anticipated, with the Main Stand and the Newmarket Road End expected to sell out, so please secure your place well in advance.

By doing this, you can also save money as all prices increase by £2 when buying in-person on the day of the game.

Not able to attend? Be sure to pick up your iFollow Match Pass so you can follow the U’s from all over the globe. Passes cost £10 and are available to purchase by clicking here.

Regarded by many as dark horses of the division, well-oiled Shrewsbury continue to prove a tough nut to crack under the tutelage of the experienced Steve Cotterill – who knows a thing or two about League One. Building up momentum following a three-match winning streak, the visitors are out to ensure that their eighth consecutive season in the third tier conjures up a second top-half finish.

Biding their time in building up steam, the Shrews scored just the solitary goal from their opening five games, accumulating five points in that time. Gradually progressing, they took a point from Bristol Rovers and dispatched fellow newcomers Forest Green and Exeter City in dramatic fashion. In their following five, maximum points were grabbed against  Burton Albion, MK Dons and Fleetwood, before succumbing to a six-match winless run. In truth, they had all been hard-fought encounters, which included a 1-1 share of the spoils with Portsmouth and Oxford United, giving them confidence to register back-to-back wins last time out at home to Lincoln City and Bolton Wanderers respectively, where they secured a last-gasp win to garner momentum. Occupying 11th, Salop are five points from the coveted top six, but just three from 16th. A congested table, but one they’re more than holding their own in and are certainly looking up rather than down.

Taking pride from a dogged defence full of no-nonsense characters, who also pose a threat in the attacking areas, the imposing Chey Dunkley and former Everton man Matthew Pennington offer security, whilst summer signing Jordan Shipley has impressed down the left flank – contributing to seven goal involvements in 20. Captain, and left-back-turned-midfielder, Luke Leahy is as important to the group as ever, with last season’s Player of the Season breaking up play and engineering attacks impeccably from the middle of the park.

16 days ago, the U’s pushed table-topping Plymouth Argyle to a goalless draw at the Abbey Stadium and ever since, they’ve been eager to build on a creditable performance.

From the first minute to the last, the hosts were defensively resilient, forcing the Pilgrims to very few opportunities, whilst carving out the more dangerous opportunities, but couldn’t beat an alert Michael Cooper and capitalise on some well-crafted movements.

Following the clash, Bonner stated, “We always want to win games of course, but it’s important that we put together some point-scoring days.”

In their proposed last tie before Christmas, the U’s made the trip up to Fleetwood Town, but frustratingly the game was postponed - meaning a further week of rest, but also the chance to implement more work on the training pitch ahead of three games in the space of eight days.

Sitting in 20th position, United are the solitary point ahead of the relegation pack, but do boast a game in hand over a couple of their rivals.

For team news and all the latest updates ahead of Monday’s game, be sure to listen to Bonner’s pre-match press conference on Friday.

A stalemate was played out in March of this year as 5651 fans flocked to the Abbey to witness a battle-hardened performance, particularly in the closing stages, as Bonner’s men secured an 11th league clean sheet of the season. Nevertheless, it was a different story five months earlier as Ryan Bowman’s hat-trick downed 10-man United, who couldn’t spark a comeback despite a Jack Iredale stunner.

The U’s have won one of their last seven vs the Shrews - that success came in the Football League Trophy in 2016 when Joe Pigott’s 20th minute strike separated the teams on a warm August evening.

The last victory at the Abbey, however, was in 2004 as Dan Chillingworth struck moments after half-time to hand Herve Renard’s group their first three points of what would prove to be a challenging campaign.

The U’s did everything but score as they created the more dangerous opportunities throughout the contest, and were therefore made to settle for a point as they failed to find the all-important breakthrough.

The U’s got off to a fast start and made life difficult for the visitors during the early goings. On the front-foot, United came out hungry and forced the Pilgrims to defend their goal as they pushed forward and asked questions of the defence.

The first on-target effort came from Knibbs, who forced Cooper into action from a direct free-kick and soon after, Smith’s eyes lit up when the ball fell to him inside the box, but his right-footed strike was well blocked from finding the bottom corner of the goal.

The away side grew into the contest though and on 26 minutes, Cosgrove headed the ball onto the top of the crossbar which began a spell of pressure for the visitors, but United saw it out well into half-time with nothing to trouble Mannion in goal.

The best chance of the match to that point came two minutes after the break, as Knibbs ran onto a careless pass from James Wilson across the Plymouth defence, but dragged his shot wide when facing a one-on-one with the goalkeeper.

On 52 minutes, it was Knibbs again with his head in his hands, as his volley inside the box was well blocked by Edwards and went spinning off-target for a corner.

It was the best that United had played in many weeks - especially at the Abbey - and it was just a goal that was missing from the performance.

Just shy of the hour mark, Smith burst into the Plymouth area but his shot was blocked again by Gillesphey to thwart the chance. Next it was the side from Devon to threaten the goal, as Cosgrove fired wide after a sharp turn to open up the space for a shot before Mayor showed great composure inside a crowded area before shooting just wide of the mark.

With 20 minutes to go, Lankester did brilliantly well with his back to goal to receive the ball, turn and play in Smith, but he was once again thwarted by Cooper who came out quickly to narrow the angle and make the stop.

Plymouth did little to test Mannion in goal during the second half, but Whittaker came close from a free-kick as his effort whistled past the post with 10 minutes remaining.

Bonner turned to Janneh and Tracey for the remaining moments as United went for one final push to take all three points, but it was to be an afternoon of frustration as a fine showing by the U's only brought home a point. 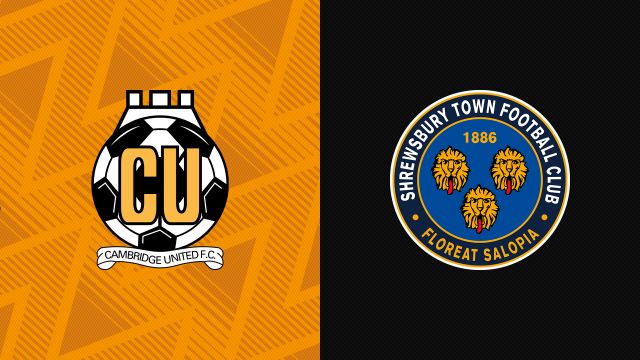 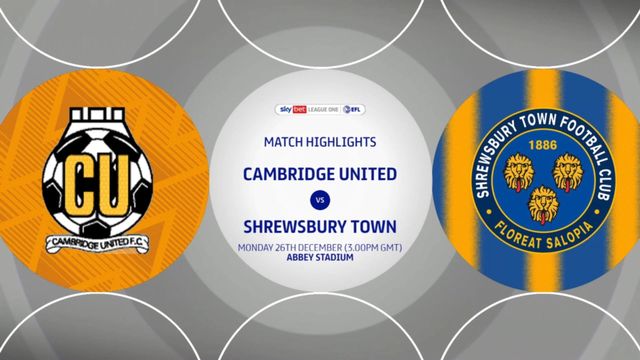 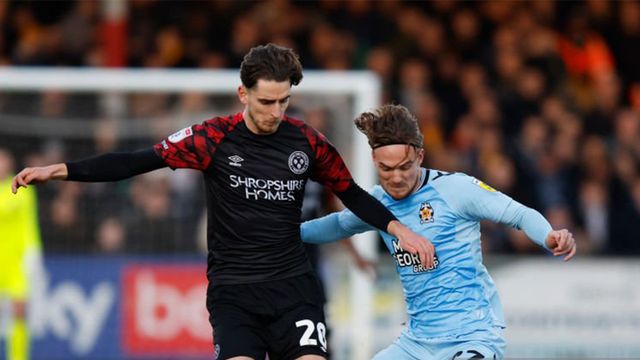