Cambridge United will arrive at Fratton Park aiming to capitalise on their momentum and secure a first victory on their travels of the 2022/23 season when they take on Portsmouth...

The battle under the south coast floodlights promises to be an enticing one. Mark Bonner’s men will look to secure back-to-back wins for the second time this campaign against a resolute Pompey side who are unbeaten and have kept three clean sheets on the bounce.

Just shy of 500 U’s fans have already snatched up their tickets ahead of the 7:45pm tie at PO4. Supporters who wish to join us have until 9pm on Monday to buy their tickets online at cufctickets.com.

If you aren't able to make it to the game, fans from both inside the UK and overseas can stream the match live. iFollow Match Passes cost £10 and are available to purchase by clicking here.

After undergoing a full season of transition since their March 2021 appointments, you get the sense that this is very much Danny and Nicky Cowley’s squad after a busy summer of dissection. After failing to reach the play-offs in their previous two campaigns, the aim is simple – ensure it’s third time lucky this time.

Despite losing key figures in Alex Bass and Marcus Harness, Pompey have acquired astutely. So far, 11 new players have entered the door, offering the perfect blend of potential and experience. Well-known Michael Morrison, Marlon Pack and Joe Pigott offer know-how, whereas Dane Scarlett, Zak Swanson and Josh Griffiths offer sky-high promise. Not many, if any, have had more productive windows.

The curtain raiser dished up an enthralling 3-3 draw at heavily-fancied Sheffield Wednesday, before they held Lincoln City to a stalemate in their last Fratton Park outing. The first success came three days later when a devastating second-half in Cardiff saw Cowley’s men triumph 0-3 in the Carabao Cup to, funnily enough, secure another tie in Wales in the Second Round at Newport County. Most recently, they dispatched Cheltenham Town 0-2 thanks to Colby Bishop’s brace.

Considering the nature of the opposition United have encountered thus far this season, three wins from four is a phenomenal feat and testament to the character within the whole squad.

After tasting defeat in the most sourest of ways a week previously, the U’s flexed their bouncebackability credentials at the first attempt with a determined showing after the break to see off an inspired Exeter City. They’ve made home advantage count too - all of their successes have occurred in CB5. In spite of that, United executed some sublime away day displays throughout last season, so they’ll make the trip confident that they can open their account.

Reflecting on the three points, Mark Bonner stated: “We were good in the second half. I thought we played with miles more intent with two really good goals so I’m delighted to win the game.”

In regards to potential changes given the turnover, the Head Coach admitted: “It might be an opportunity for four or five others to come into the team. We might change quite a few to try and give us a real freshness if we can.”

The U’s ripped up the form book during 2021/22 as they avoided defeat in all three of their matchups against Pompey. In our most recent meeting, further cup heroics saw us reach the Quarter-Finals of the Papa John’s Trophy courtesy of Harvey Knibbs’ brace. A week prior, the sides battled to a 0-0 at the Abbey.

A record was broken, however, the last time United ventured to the coast when Joe Ironside’s header and Liam O’Neil’s sumptuous strike secured a first-ever win at Fratton Park. Before that, the blues had gone 16 unbeaten against Tuesday’s visitors.

“The two goals we scored were outstanding and periods of play were good. Once we got through the first nervy couple of minutes of the game, I thought we played with some control, didn’t get too erratic and showed a lot more control and composure.”

Joe Ironside put the U’s deservedly in front with an instinctive near-post finish on the half hour mark, but when the hosts equalised on the stroke of half-time, it sparked a ferocious comeback from those in Blue in the second half.

Three second half goals within the space of 15 minutes turned the game on its head, as uncharacteristic errors allowed the home side to run away with the contest.

The U’s travelled down to the South Coast in a buoyant and confident mood following a morale-boosting victory against Exeter at the weekend, which improved their record to start the season to three wins and just one defeat.

Mark Bonner named four changes as Taylor, Haunstrup, O’Neil and Tracey replaced the injured Williams, Dunk, May and Brophy. It meant a first league start for the skipper one day short of a year, since breaking his ankle away at Plymouth last season.

It took just two minutes for the first booking of the game to be brandished – O’Neil shown yellow after going in high and late on Tom Lowery. No complaints there.

Tracey was the first U’s player to threaten the Pompey goal - on 15 minutes - capitalising on cumbersome play from Cambridge-born Morrison, to rob him of possession before striking at goal, only to see Griffiths stand firm in goal.

All of the clearest sights of goal were coming from Cambridge and with 27 minutes gone, the U’s saw another brilliant opportunity go begging.

Super play from Shilow Tracey saw the winger break away from his markers and after playing in Okedina down the side, the makeshift right back picked out Smith, whose initial flick came to Ironside but he was denied brilliantly by Griffiths again.

Not to worry. The subsequent corner was swung in by O’Neil and turned in by Ironside at the near-post. U’s 1-0 up.

United almost made it to the break having kept the home side at arm’s length for the majority of the half, but once three minutes of added time were awarded, Pompey came on strong. Moments after forcing Mitov into his first meaningful save of the game, Colby Bishop forced the ball home from close range after a well-timed switch of play to draw the two side’s level heading into the half.

The second half exploded into life right from the off, roared on by a raucous home crowd.

Pompey could have taken the lead within minutes of the restart with Owen Dale firing high and wide from a good position and up the other end, Tracey turned on the burners again to stride past all in blue before seeing a fearsome shot well blocked.

O’Neil came a few yards away from replicating his heroics at Fratton Park last season, with a well-hit strike from the edge of the box stinging the palms of Griffiths and almost skidding under him and over the line.

A rare error from Mitov allowed the hosts to retake the lead on 63 minutes as the goalkeeper failed to hold onto the ball from a deep corner, which allowed Curtis the simple task of scoring from a few yards out.

Bonner rang the changes on 67 minutes as May, Brophy and Dunk soon replaced O’Neil, Knibbs and Haunstrup, but the game soon became out of reach as Jacobs and then Ogilvie scored for the home side to give them an unassailable 4-1 lead.

Janneh and Lankester did their best to make their mark on the game as they came on for Tracey and Ironside during the closing stages, but in the end it was a sombre night for the U’s who came away hurting after 45 minutes of such promise. 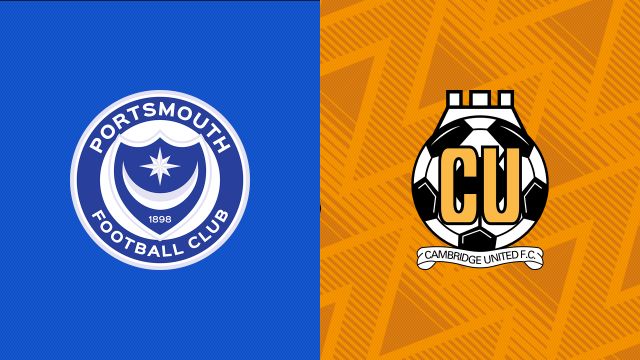 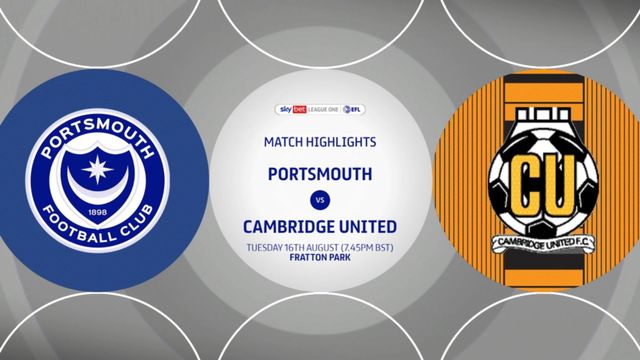 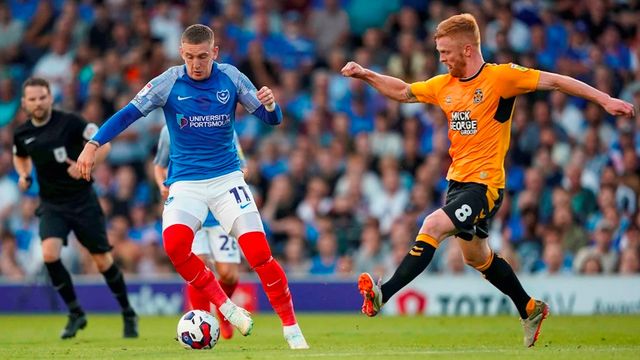