Cambridge United hit the road for the first time in 2022/23 as they take on Oxford United at the Kassam Stadium with the sole aim of continuing their perfect start to the campaign...

Having taken two wins and two clean sheets from MK Dons and Millwall respectively, morale within the U’s camp is sky-high. Despite remaining underdogs, Mark Bonner’s men look to register a third consecutive win, whilst the hosts are out to kickstart their campaign and register some points.

Over 500 tickets have already been snatched up ahead of the 3pm tie in Oxfordshire. Supporters who wish to join us can buy their tickets for the match online at cufctickets.com or over the phone by calling 01223 566500.

Settled under Karl Robinson, the U’s are eager to re-establish their place in the promotion hunt after finishing 8th last season – their first time missing out after securing two successive play-off positions. Possessing energy, desire and the ability to share goals around the squad, a strong core is being shaped up.

Despite losing key cogs in Luke McNally and Mark Sykes, eight signings have entered the building so far to soften the blow. To name a few, wing options Josh Murphy (from Cardiff City) and Jodi Jones (Coventry City) provide trickery and know-how to thrive, as does Yanic Wildschut, the 30-year-old former EFL cult hero arrives from CSKA Sofia. Leeds United prodigy Lewis Bate arrives on loan for the season, he adds bite and drive to the middle of the park. The jigsaw is almost complete for the U’s.

Not the ideal start, Oxford commenced the new season with a narrow 1-0 loss against new boys Derby County last Saturday. Taking the positives, the work rate was evident for the visitors – they’ll get sharper, of course, but early signs were there that they’ll be a match for anyone.

Purring, the U’s are eager to get back on the grass and build on the momentum they’ve generated from a productive seven days.

After dispatching MK Dons 1-0 on home soil in convincing fashion, they followed that up with the same result and relatively similar performance against a strong Millwall side in the Carabao Cup. After carefully managing a below-par first-half, the complexity of the encounter changed within a matter of minutes when Liam O’Neil nestled home a sumptuous strike before a red card for the Lions allowed the hosts to gain control and see out the tie.

Speaking after the game, Bonner expressed: “We wanted to be competitive and we wanted to get through, and to do that is excellent!” Despite ringing 9 changes, United were clinical and professional when it mattered. They obtain that fire in their belly to go again and, frankly, spirits could not be higher.

Speaking to the press, the Head Coach acknowledged that he may be forced into changes. “Who’s fit and who isn’t has quite a big bearing on how we play. We’ll wait and see within the next 24 hours and hope that we’ve got everybody available and I can make lots of them unhappy because they can’t all get in the team.”

Our most recent clash against the U’s fell in February of this year when Robinson’s side edged through with a 4-2 topsy-turvy success at this weekend’s venue. On-song Sam Smith sent the boys in amber ahead twice, but Cameron Brannagan’s brace either side of Sam Baldock’s attempt handed the hosts the points, who vastly improved as the game reached its conclusion.

“When it went to 2-2, I thought Oxford were excellent and got control of the game, causing us huge problems… I actually think there’s a lot to like about the performance for us, and a lot to learn from it as well,” was Bonner’s summary of the tie.

In their league matchups, United are winless in five against the side from OX4 – with their last victory coming in October 2014 when the Sky Sports cameras witnessed a 5-1 thrashing. A repeat would go down rather nicely for the travelling contingent.

Cambridge United received a sucker punch in the dying embers as Oxford United clawed a last-gasp 1-0 win at the Kassam Stadium...

The U’s defensive grit and perseverance looked to have paid off for a third consecutive match – but with moments left on the clock, Tyler Goodrham curled an audacious attempt home to separate the sides.

On cloud nine, United arrived in OX4 full of optimism – rightly so after utilising starts for 20 different members of the squad and being rewarded with two successive wins and clean sheets. Standing in their way was a Karl Robinson side determined to get going by registering their first points of the campaign.

Mark Bonner made nine changes from the midweek scalp of Millwall, with just George Williams and Shilow Tracey keeping their places. Fortunately for the Head Coach, several key men passed late fitness tests, allowing him to opt with a settled squad – whereas Joe Ironside dropped to the bench following successive starts.

Backed by a travelling support in fine voices, the U’s generated the first opportunity on the 4th minute when, after witnessing Simon Eastwood lurking past his line, Sam Smith attempted an audacious 30-yard lob which threatened, but eventually bounced wide of the post.

Assertive when roaming down the wings, James Brophy’s lung-busting run on 17 dissected Stuart Findlay before winning a foul on the edge of the box. The resulting free-kick was headed towards Tracey in acres of space, he cut it back to Harvey Knibbs who poked just past the post – let-off for the hosts.

It was Harrison Dunk’s turn to test his luck from distance on the 23rd minute, handing Eastwood a scare as his effort rifled narrowly over the crossbar.

An encouraging opening to proceedings continued. In the following attack, Steve Seddon pulled off an excellent block to deny George Williams’ cannoned attempt from the outskirts of the penalty area after a well-worked move from his fellow U’s full-back.

Oxford grew from here, seeing plenty of the ball in the final third – United were starting to struggling to contain them at times, forcing fouls as the atmosphere started to heat up. The hosts believed they should have had a penalty on 39 after Lloyd Jones knocked down Marcus Browne.

Applying the afterburners, Tracey scampered down the flanks two minutes later and whipped in a teasing cross, evading Elliott Moore and taking Smith by surprise as the ball bounced off his leg and into Eastwood’s palms.

It proved the last action of a promising first half. Whilst the visitors were unable to capitalise on their chances, yet again there was no faulting the defensive desire.

Adam May’s pinpoint pass found Smith on the 52nd minute – under pressure, the striker cut in slightly but couldn’t keep his shot down.

With the clock creeping past its hour mark, the hosts were gradually turning the screw – their heavy pressing meant the U’s couldn’t become complacent. Nonetheless, they were soaking it up well.

Oxford’s best chance of the encounter fell on the 68th minute when, for the first time, Dimitar Mitov was truly tested. Remaining alert, Matty Taylor met substitute James Henry’s dangerous delivery from the six-yard box, before the Bulgarian tipped the ball behind for a corner. In the midst of a spell of sustained pressure, the U’s rolled their sleeves up.

Ten minutes later, Smith got in behind Elliott Moore and, from a trickly angle at the far left of the penalty area, drilled agonisingly wide of Eastwood’s left post.

On 81, astute moments of brilliance from Mitov prevented the U’s clean sheet when he first tipped over Moore’s demanding header for a corner, and then producing a carbon copy by preventing Taylor’s attempt.

Deep into added time, just when a share of the spoils looked destined, Goodrham’s peach of a strike curled past Mitov to separate the sides and break United’s hearts.

United now have a full week to recuperate before returning to the Abbey Stadium next Saturday (13th August) when they welcome newcomers Exeter City. Back the U’s in their endeavours to bounce back and return to winning ways.

Tickets for Cambridge United's first away game of the 2022/23 Sky Bet League One season are now on sale...

Supporters can buy their tickets for the Saturday 6th August match at the Kassam Stadium online at cufctickets.com, over the phone by calling 01223 566500 (option 1) or by visiting the Abbey Stadium Club Shop.

Advance prices are as follows:

All prices increase by £2 on the day of the game. Wheelchair Disabled supporters should contact the Ticket Office to buy their tickets.

Two Away Credits will be issued upon purchasing tickets for this fixture, which are used to prioritise away ticket sales for games where demand is likely to exceed capacity.

More information on Away Credits and the importance of linking online accounts with friends and family, please use the tabs below.

Away credits are allocated to the supporter who a ticket was assigned to – if this was not done at the point of purchase, this will have been assigned to the ticket buyer and cannot be reassigned to other supporters retrospectively.

Away credits are allocated per person, per game. Buying multiple tickets for a game in one name will not generate additional credits.

Supporters are strongly advised to use existing ticketing accounts and linked contacts, as creating new accounts or contacts will see past purchases and credits removed.

Season Ticket Holders should use their existing ticketing account to purchase all away tickets, if new accounts are created, eligibility criteria will be affected.

Supporters are advised to link accounts with other supporters who they may wish to purchase tickets for this season.

Allocating tickets to linked accounts will ensure away credits are allocated correctly. Supporters can link accounts with others by visiting the my account section of cufctickets.com, edit my details, request new link.

It is extremely important that supporters use the exact email addresses that appear on linked supporters existing accounts to prevent account duplication and deletion.

Season Ticket Holders should use their existing ticketing account in which their Season Ticket is stored. (My account > My current tickets). 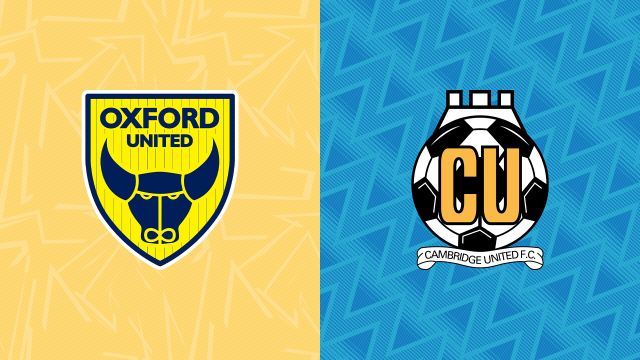 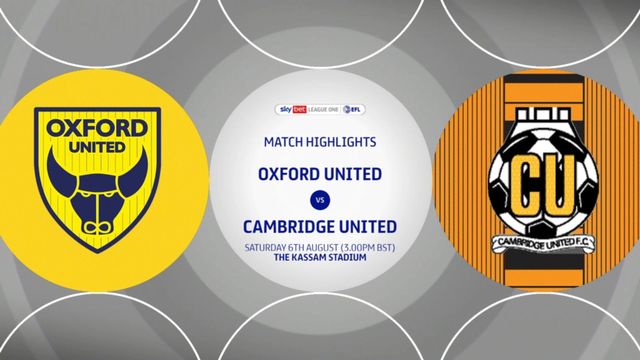 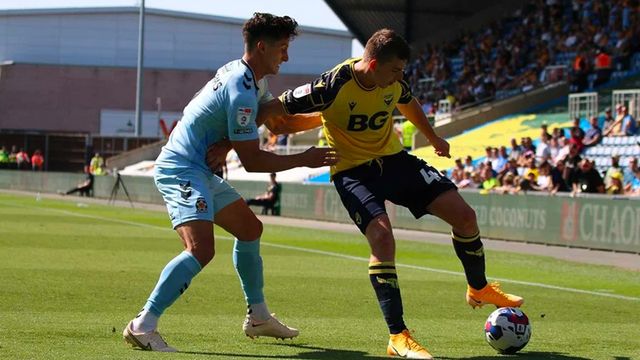