After successful opening day outings, Cambridge United and Millwall turn their attentions to Carabao Cup action as the Abbey Stadium hosts the First Round Clash…

Eager to build on the momentum generated over the weekend, both sides look to continue their winning start to the campaign as they pit their wits for a second successive season. Whilst progression will be the sole aim, a productive evening awaits as more minutes are implemented into the tank for Mark Bonner and Gary Rowett’s fired up men.

Please note, Tuesday's game is not available for domestic streaming via iFollow.

Managed by familiar face Rowett, who was an integral asset in United’s best-ever League Cup run in 1992/93 (Quarter-Finals), the Lions are a tough nut to crack. Disciplined, commanding and tactically well-drilled, their five at the back system makes for a resilient challenge - the hosts will know they’ve been in a game.

After finishing 9th in a consistently sound 2021/22 campaign, one where they flirted with the play-offs throughout, the mantra now is to kick on and break through. Despite last reaching those heady heights 20 years ago, the foundations have been laid this time.

Five new additions have entered SE16 throughout the summer so far – bolstering all areas of the field. Charlie Cresswell and Jamie Shackleton arrived on loan from Leeds United, whereas midfield spark George Honeyman and experienced Benik Afobe added to the attacking ranks. The Lions also made a real statement of intent by luring Zian Flemming to the club from Fortuna Sittard, smashing their transfer record fee in the process.

They kickstarted their 6th season in the second tier with a convincing 2-0 win against Stoke City at the weekend thanks to Cresswell’s double on his competitive debut. The centre-back is evidence of the visitors’ prowess from set-pieces, something the U’s will no doubt pinpoint in their preparation.

Saturday was a first indication that the U’s challenging pre-season schedule will pay its dividends ahead of the campaign.

Although maybe not incredibly inspiring throughout the 90, grit, perseverance and desire was all on show as they retreated in their numbers to protect an early and deserved lead. Clinical when it mattered, Harvey Knibbs dispatched their main chance with aplomb; MK, who many tip to be there or thereabouts come May, obtained 67% possession, but the hosts limited them to no shots on target at all. Frankly, it was the perfect performance.

On account of that, spirits are extremely high. This is a healthy group, an impressive one at that. "This is the best squad I’ve had since I’ve become manager," said Bonner after speaking to the press following Saturday’s victory.

The Head Coach did hint at changes, keen to freshen up his side and draft in some fringe players for valuable game time. He stated: "We’ll get lots of boys 90 minutes on Tuesday night that haven’t had it – that will give us rhythm and set us up nicely going into the next couple of weekends."

Our latest trip actually doesn’t take us too far at all – owing to the sides clashing in the Second Round of this very competition in August 2021. With the Den the venue, it was the visitors who took the lead through George Williams’ first strike in amber, although the Lions roared to victory thanks to a quickfire Murray Wallace brace and Matt Smith’s effort.

Despite the defeat, the U’s made an excellent account of themselves - with Mark Bonner stating after the game, "We were really competitive against a good Championship side. You have to be careful celebrating defeat too much, but there’s so much to like about this side and I’m really positive."

Delving into the past, United are winless in nine vs Millwall – their last victory came in 1992 whilst the sides were in the Football League First Division.

Cambridge United upset the odds by dispatching Championship outfit Millwall 1-0 in a well-handled Carabao Cup First Round clash at the Abbey Stadium...

After an evenly-matched first half, the complexity of the encounter changed within a matter of minutes on the hour mark when Liam O’Neil nestled home a sweet strike before George Honeyman received his marching orders to add to the Lions’ frustrations. Handing the U’s control, they remained composed and saw off some scares to overcome the first hurdle for the fourth year in a row.

Both on cloud nine after impressive opening day victories, it was deemed the perfect evening to gain more minutes and momentum for some of the fringe players at each side. Against a familiar opposition in the Lions, the sides also clashed in the Second Round of last season’s competition, the hosts would have to be at their best to down the dogged Lions.

After hinting that he was keen to freshen up his squad pre-match, Mark Bonner made nine changes - just George Williams and Joe Ironside kept their place from the astute success against MK Dons three days earlier.

The opening to the encounter was a below-par one with limited chances on show. The returning Greg Taylor was forced to block and clear Mason Bennett’s teasing shot from the left wing after confusion at the back.

On the 14th minute, George Saville won the ball in the middle of the park, took a light touch and tested his luck from distance. Ambitious, the drilled effort sailed wide of Will Mannion’s goal.

In their next foray into the final third, Saville’s corner was met to perfection by a scampering Ryan Leonard – who raced towards the edge of the penalty area and nodded behind for a goal kick.

Looking to build on his blistering cameo, Saikou Janneh conjured up the U’s best attempt on 23 when his menacing delivery towards Ironside was met by both the striker and an opposing defender, looping into the air and falling to George Long.

Shilow Tracey’s adventurous drive caused havoc a few minutes later – another excellent cross was this time denied by Leonard, who was on hand to see out the danger and prevent a lurking Ironside.

The tide had slightly turned in favour of the U’s. On the 38th minute, Brandon Haunstrup was allowed space down the left – from here, he cut inside with a touch and pulled the trigger from 25 yards. It was fierce, but just wide of Long’s crossbar.

It concluded a first half where either side were yet to break into their stride and ultimately test the opposing goalkeepers. To United’s credit, they had done everything required of them defensively.

Seconds after the restart, early substitute Isaac Olaofe raced down the right and lashed an attempt which ruffled the side-netting.

United remained resolute when it mattered on the 53rd minute. Pouncing from close-range, an outstanding O’Neil tackle inside the box landed to Murray Wallace who nestled a crisp curler which Taylor headed wide for a corner.

Five minutes later, Bonner’s men drew first blood in some style. Crafted by Tracey, a thorn in the Lions’ defence, Jack Lankester squared to an unmarked O’Neil who cannoned a sumptuous strike into the low bottom corner.

The U’s were in an extremely healthy position on the hour mark when Honeyman was dismissed, receiving a second yellow card after bringing his man down unnecessary. This allowed the hosts to ring a few changes and switch to an authoritative manner.

After a defensive mishap, Olaofe was released in a one-on-one position after 75 minutes – heart-in-mouth, United’s skin was saved by Mannion who raced and astutely denied the striker, who then headed against the crossbar in the next final third attack.

In the dying embers of the match, James Brophy raced down the left in a slick counter-attacking move before teeing up Sam Smith who fired wide of the crossbar from 12 yards. Nonetheless, the damage had already been done

It proved the last damage to contend with – as the hosts remained resilient to ensure their cup journey lives on.

Be sure to join the U’s on their first journey of the campaign on Saturday (6th August) as they travel to the Kassam Stadium and do battle with Oxford United in the hope of extending their winning start to the 2022/23 campaign.

Man of the Match: O’Neil 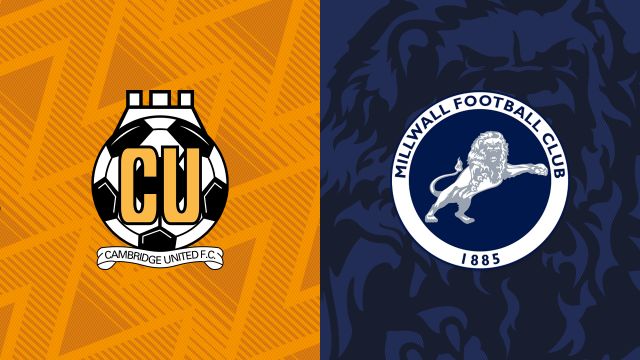 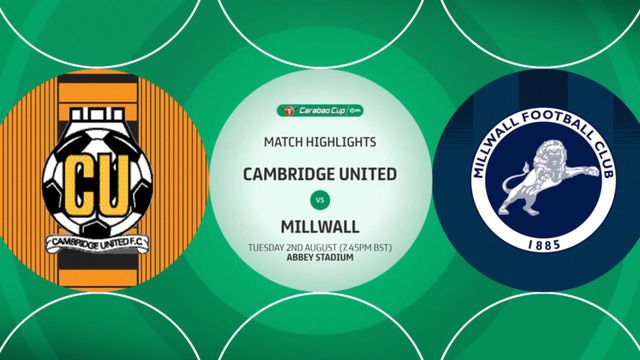 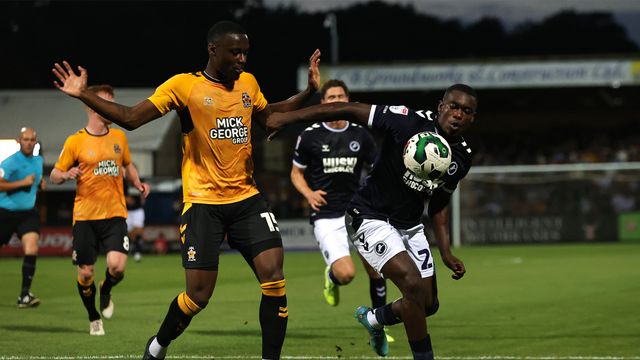