Cambridge United made an immediate return to winning ways in Sky Bet League One with a 2-1 comeback victory over Exeter City at a blistering Abbey Stadium...

The Grecians latched onto an impressive first-half through former U Jevani Brown who poked home from inside the box. After the break, United grew into the encounter and levelled matters thanks to Sam Smith’s expert header. With momentum on their side, Paul Digby capped off his 100th appearance in amber and black by thundering home with his head in the dying embers to secure the points.

The visitors made the trip from Devon in a boisterous mood after an unbeaten start to the campaign, where they scored 12 goals and conceded just the one in the process. It was the same goals against for the U’s, one which was a gut-wrencher but would only make them more determined to bounce back in style.

Mark Bonner named the solitary change from the defeat at Oxford United last weekend – Joe Ironside returned as the focal point with Smith switching back to his right-wing position.

Shooting towards the Newmarket Road End, the U’s enjoyed an encouraging start. Jubril Okedina’s early long ball was pinpoint as it was met by a racing James Brophy whose cut back was well-defended by the Grecians’ backline.

United almost drew first blood on the 6th minute when Ironside’s strike on the turn fell to Digby from 10 yards who fired at goal but was denied by Jamal Blackman’s quick reactions.

The hosts caused havoc once more a few minutes later. Adam May’s delightful quick free-kick found Smith in acres of space through the middle – the winger raced into the box, rounded Blackman and unleashed from an angle but the goalkeeper got a crucial hand to it.

Matt Taylor’s men understandably posed a threat going forwards after their midweek showing of seven goals. On 12, Timothee Dieng played a light touch towards a lurking Jevani Brown outside the box – the former U went for precision in the far corner, but it flew just wide.

Moments after a much-needed water break, Archie Collins’ scampering 29th minute run into the danger zone concluded in the ball falling to Sam Nombe who rattled the crossbar with a fierce shot.

The Grecians took the lead on 37 when a stern dispossession from Nombe down the right side allowed him to run into the box and unselfishly square to Brown who poked home with the goal at his mercy.

Deep into added time, Jack Sparkes’ outrageous outside of the boot delivery was met by the head of Nombe, but the striker got his angles wrong as he directed it wide. A let-off to conclude a half where the visitors had grown into it and obtained the authority.

The first chance after the break fell to Exeter when Sparkes galloped down the left and, from a tight angle, drilled inches wide of Dimitar Mitov’s bottom left post.

Parity was restored on the 59th minute when George Williams’ sublime ball into the mixer was powered home by Smith. The U’s had started to probe and now the momentum was on their side.

Determined to secure a quickfire turnaround, substitute Shilow Tracey danced around on the outskirts of the box on 67 and unleashed a curler which, despite cannoning just wide, Harvey Knibbs flew out of nowhere but couldn’t keep his shot down from a mere yards.

Danger in the Grecians box 10 minutes later resulted in Knibbs and then Digby having similar close-range opportunities which couldn’t pass the dogged defence in their numbers.

When the U’s captain received his next chance, boy did he take it. Applaudable build-up play from Tracey, Brandon Haunstrup and Jack Lankester allowed a peach of a delivery for the number 4 who produced pandemonium on the cusp of additional time with a thunderbolt header to seal maximum points.

Up next, the U’s make the Tuesday night (16th August) trip to Fratton Park as they take on Portsmouth in the hope of securing back-to-back wins once again. 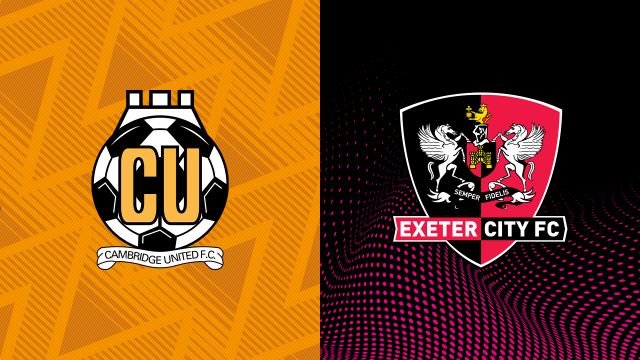 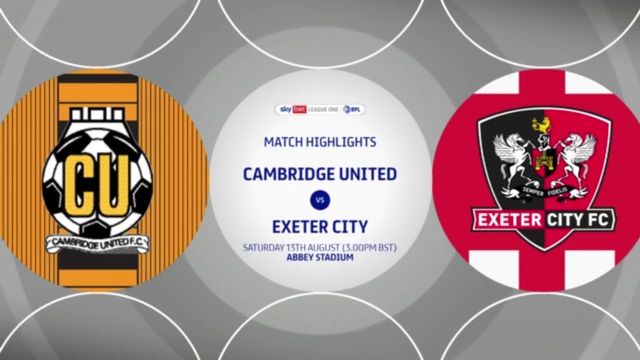 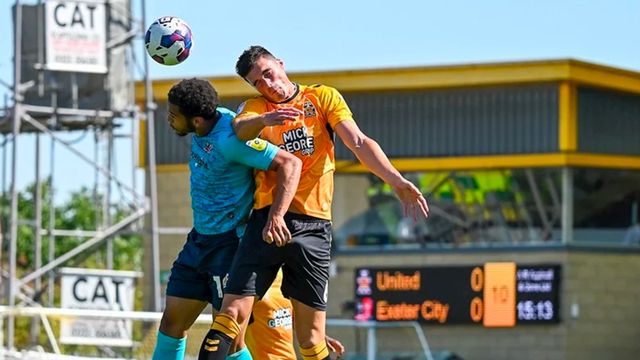