Cambridge United kickstarted their 2022/23 Papa John’s Trophy campaign with a 0-2 defeat to Arsenal U21’s at the Abbey Stadium...

After a quiet start to proceedings, Nathan Butler-Oyedeji fired the Gunners in front with a composed finish. Although the U’s grew into the first-half as it progressed, the livewire secured his brace on the eve of the hour mark to ensure the hosts were downed by a young, energetic side.

Last season’s Quarter-Finalists both prepared for action in similar buoyant moods - eager to stake a claim. Four wins from their opening five matches on home soil, CB5 had very much become a difficult place to visit. As for the visitors, they had enjoyed a free-flowing opening to their Premier League 2 campaign, occupying top of the table after an unbeaten start.

Deeming it the perfect opportunity to heavily rotate, Mark Bonner named 10 changes from the XI that played out a thriller against Burton Albion three days later – Jubril Okedina was the only player to keep his place, converting to a full-back position as Greg Taylor returned to captain the side. Elsewhere, Fejiri Okenabirhie made his first start in amber.

Determined to start on the front foot, the Gunners dished out the first attempt of the evening on the 3rd minute when James Olayinka’s dipping free-kick from under 25 yards was well-tipped by Will Mannion.

The Gunners presented some slight early passages of play, looking to implement a possession game against the U’s. In their first foray forward, a 13th minute cross was met well by Okenabirhie, who headed across goal but Jack Lankester couldn’t lash at the attempt from the six-yard box.

The deadlock was broken on 26 when Mannion mishandled a high ball, allowing Butler-Oyedeji to pounce and fire into an empty net from 15 yards.

Once the hosts found their feet, the opportunities were no longer at a premium. First, Saikou Janneh split upon the defence with a pass to Okenabirhie on the 39th minute, who raced into the box and drilled a shot which was denied by an onrushing Karl Hein.

Janneh caused havoc again moments later. After capitalising on a misplaced pass near the middle of the park, the U’s played it around the right before the Gambian jinked past Lino Sousa and hit a piledriver which shanked wide of the far post.

Bonner’s men tested their luck in the following attack – from the far left, Brandon Haunstrup whipped a delivery-turned-shot which forced Hein to paw over the crossbar before it could trickle in. All in all, the hosts concluded the half with their tails up after the flurry of attempts.

United were dealt a scare minutes into after the break when goalscorer Butler-Oyedeji got onto the end of a long ball, beating the backline for pace but unable to nestle past Mannion inside the area, who remained composed when it mattered.

Butler-Oyedeji was celebrating his second of the night on the 56th minute after twisting and turning in the area and then cannoning a sweet strike into the net from 10 yards.

Arsenal almost wrapped up the points shortly after when Olayinka squared to Jack Henry-Francis from close-range but the midfielder couldn’t convert home.

Knowing they had work to do, United made a triple substitution in order to force their way back into the clash.

A thorn in the U’s defence, Butler-Oyedeji drove into the final third on 66, beating his man by cutting inside and smashing the crossbar from 20 yards.

The North London side were at it again three minutes later when substitute Mauro Bandeira generated an admirable counter-attack from the Gunners – it eventually fell to Joel Ideho who couldn’t poke a curler past Mannion.

Unable to muster up a response, United succumbed to Arsenal’s energy – despite that, they have two more opportunities to make things right when they take on Ipswich Town and Northampton Town.

The Abbey hosts its fourth match in the space of 12 days on Saturday afternoon (3rd September) when Lincoln City make the journey – be sure to back the boys in their pursuit of rising up the League One ladder. 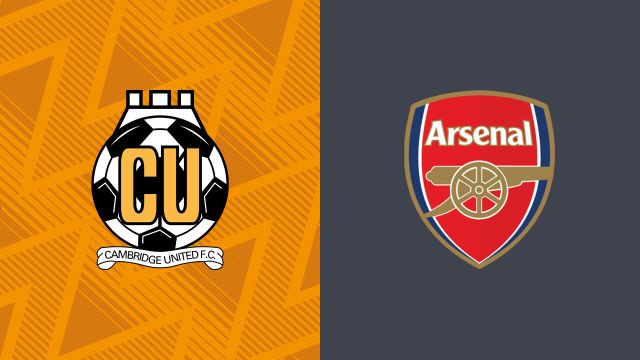 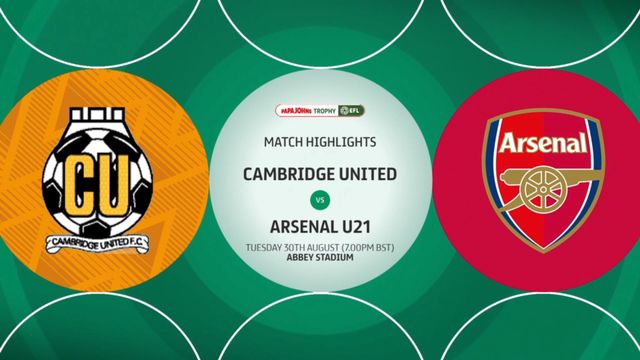 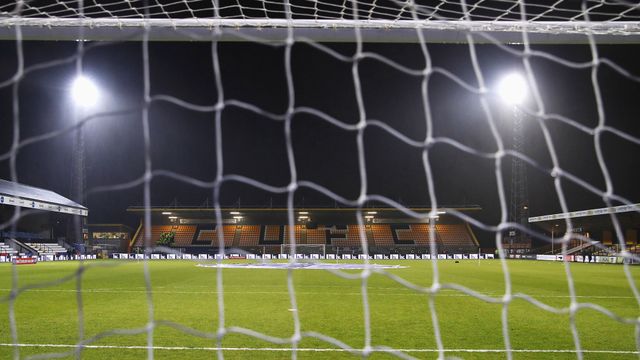