The U’s were given a stern reality check in their last League One outing against Lincoln, with it taking just 24 seconds for Hakeeb Adelakun to silence The Abbey faithful in a game that saw Michael Appleton’s Imps eventually run out as comfortable 5-1 winners.

Prior to Saturday’s defeat, Mark Bonner’s men came into the fixture off the back of successive League One wins, as well as an impressive 4-1 win against Oxford United in the Papa John’s Trophy last Tuesday. A brace from Sam Smith, as well as goals from Harvey Knibbs and Kai Yearn – who in turn became the U’s youngest ever goal scorer, sent the U’s to the top of Group H (Southern).

Pompey themselves also come off the back of a disappointing game week, having gone down to Liam Manning’s MK Dons last Saturday thanks to Ethan Robson’s second half strike.

Defeat to Wigan Athletic the week prior has seen Danny Cowley’s men slip down to 11th in the League One table.

Despite recent poor form, Portsmouth do boast a 100% home record in the league following victories against Shrewsbury Town and Crewe Alexandra in their two opening League One games at Fratton Park.

When The U’s make the trip down to the south coast, history will not be on their side, with the boys in blue boasting a staggering 43-year unbeaten record against The Amber and Black Army.

United’s one and only victory against Portsmouth came in 1978, with Steve Fallon’s volley proving to be enough for the three points in front of 5,869 spectators at The Abbey. Since then, Pompey have won 14 of 16 encounters against The U’s.

The most recent encounter between the two sides came in 2017, with Luke Berry’s late strike only proving to be a consolation as the eventual League Two champions ran out 2-1 winners in front of 18,165 at Fratton Park.

U’s boss Mark Bonner is ready for the challenge of facing Portsmouth at Fratton Park: "We know it will be a tough test for us, and we are going to have to try hard to create chances against such a well organised team. A tough game but one we can really look forward to going to Fratton Park, it is why we are here!

"Some clubs have such reputations for the atmosphere and fan bases, which can really help drive them on, but it can also work the other way, and create a pressure if it is not working so well. We need to try to frustrate them, however we also need to make sure we can cope with the atmosphere there is.”

Danny Cowley isn’t expecting an easy game against Cambridge United on Saturday: “I have an awful lot of respect for their manager Mark Bonner and think he’s done an amazing job at the club. He worked with the academy and then coached the first team, while in his first full season as manager, he won promotion with a Cambridge side who were nobody’s favourites to go up.

“They’ve got a togetherness and spirit about them and have made a good start to the season, although will be disappointed with the result last Saturday. We expect to see a team that fight for one another and still have the confidence that comes when you’ve recently got promoted.”

Gavin Ward makes the step down to League One this weekend, having previously been officiating in the Championship this season. Ward’s last outing saw him lead up Birmingham City’s 2-0 win over Derby County live on Sky – handing out five yellow cards in the process. The Surrey born referee has been trigger happy with cards in recent affairs, dishing out a minimum of five in his last four Championship games, including two red cards. Graham Kane and Nigel Lugg will be his Assistants while Darren Blunden is the Fourth Official.

Tickets for The U’s clash with Portsmouth can no longer be purchased online, however a small number of tickets will be available to supporters to buy on the day at Fratton Park. Prices for the tickets can be found below: 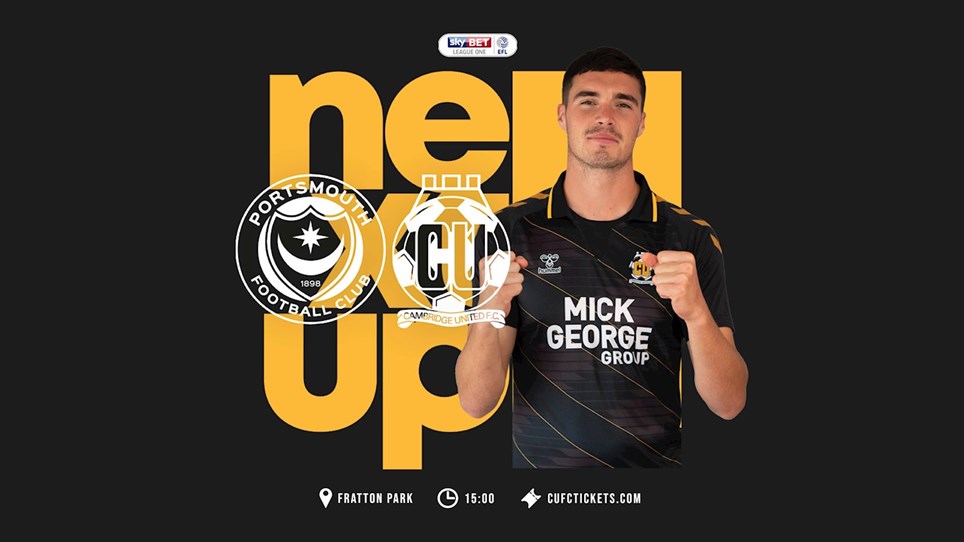 Next Up, U's travel to Portsmouth


Mark Bonner's men will hope to put right the wrongs of their last League One outing by beating Portsmouth next weekend...

Joe Ironside’s header, and an incredible strike from Liam O’Neil earned The U’s all three points against Portsmouth.

Mark Bonner named two changes to his U’s side ahead of their trip to Portsmouth, with Wes Hoolahan dropping out of the side after picking up a slight knock last weekend, replaced by Adam May who made his Fratton Park return for the first time since joining The U's from Pompey last summer.

James Brophy also returned to the side in place of Sam Smith, who dropped down to the bench.

The defence remained unchanged for the fifth league game running, with loanee Conor Masterson keeping his place in the heart of the United defence, with Jubril Okedina remaining on The U's bench.

United found their greatest success in the first half down Portsmouth’s left, with Wiliams and Tracey linking up on numerous occasions. The U’s best chance of the early proceedings fell to Liam O’Neil in the 11th minute, who was found well by Shilow Tracey on the edge of the Pompey area – however, the midfielder’s shot fell straight into the grateful arms of Gavin Bazunu.

Both sided continued to cancel one another out as the first half progressed, with neither side really testing the opposition ‘keeper.

Despite soaking up pressure as the first half concluded, The U’s found themselves in front after George Williams’ excellent delivery was met by the head of Joe Ironside in the 38th minute – sparking pandemonium in the U’s away end.

It got even better for The U’s in the 69th minute, with Liam O’Neil producing a wonder strike to double United’s lead. Adam May’s corner evaded advancing U’s heads, before felling nicely for the midfielder to volley home into the top corner.

Seconds later, Adam May forced an excellent diving save out of Gavin Bazunu – with United looking for the killer third.

Ronan Curtis set up a nervy finish for The U’s, with Ronan Curtis capitalising on Shilow Tracey’s failed clearance, expertly finishing into the far corner on the half volley.

Harrison Dunk was introduced with five minutes left to play, coming on for Shilow Tracey – who had caused the Pompey defence problems all afternoon.

Despite Portsmouth going close on a number of occasions, United survived the seven minutes of added time to seal their third win of the season.

Following today’s excellent win, United turn their attentions to the Papa John’s Trophy, as they welcome Tottenham Hotshpur U21’s to The Abbey.

Next Up, U's travel to Portsmouth


Mark Bonner's men will hope to put right the wrongs of their last League One outing by beating Portsmouth next weekend... 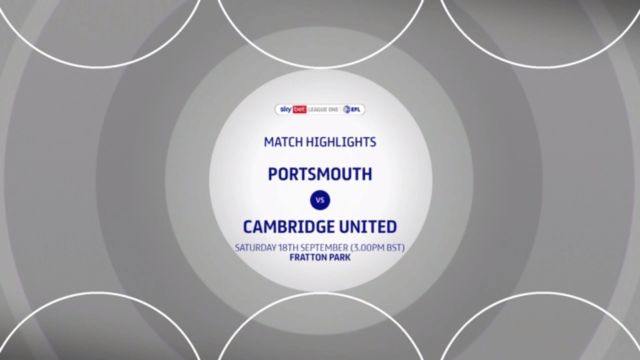 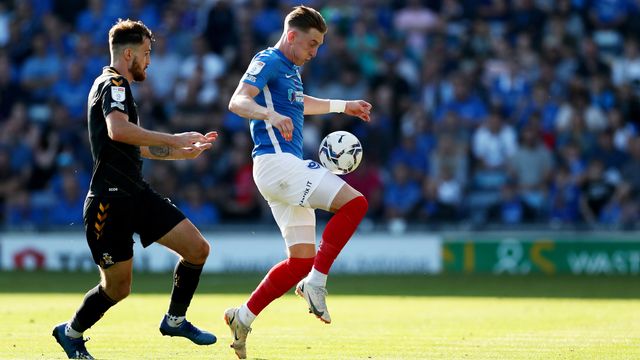