Mark Bonner’s men come into this fixture off the back of successive League One wins, as well as an impressive 4-1 win against Oxford United in the Papa John’s Trophy last Tuesday. A brace from Sam Smith, as well as goals from Harvey Knibbs and Kai Yearn – who in turn became the U’s youngest ever goal scorer, sent the U’s to the top of Group H (Southern).

The weekend before, Shilow Tracey’s first-half strike was enough to earn United all three points against a previously unbeaten Bolton Wanderers outfit.

Despite only missing out on promotion to the Championship last season to a Kenny Dougall brace, Michael Appleton’s men currently sit a point above the League One dop zone – after falling to defeat in all three of their last three league games. Anthony Scully’s late penalty in Lincoln’s most recent League One outing only proved to be a consolation, as a hattrick from James Henry meant the points stayed in Oxfordshire.

The Imps have tasted success in the Papa John’s Trophy, sitting comfortable at the top of Group F (Northern) after picking up maximum points in their first two games. Most recently, goals from Scully, Adelakun and Hopper saw Lincoln cruise to a 3-0 win in Bradford.

A two-week hiatus in the season has come as a welcome break for Michael Appleton’s men, allowing many of his injured stars to return to full fitness, ready to propose a much tougher challenge for The U’s than they may have done prior to the international break.

It’s certainly a tale of ‘less said the better’ when it comes to The U’s recent Football League history against Lincoln, with Saturday’s visitors boasting a 26-year unbeaten record against The Amber and Black Army in matched played in the top four tiers of English Football.

A crowd of just 2,472 attended a wintery Abbey in December 1995 to witness Tommy Taylor’s U’s last victory over Lincoln City. With Cambridge United only tasting victory throughout history on eight of the 36 occasions both sides have battled it out.

Outside of the Football League, The U's have tasted victory against Lincoln as recently as 2013, where Luke Berry bagged in a 1-0 win for United en route to Conference promotion.

Most recently, despite Jabo Ibrehe’s strike midway through the first half giving The U’s the lead, it wouldn’t prove to be enough as Neal Eardley and John Akinde responded to send Lincoln six-points clear at the top of League Two.

Mark Bonner on the challenge of facing Lincoln:

If you look at the team they have available and the players they have got back coming into fitness, they are a really strong side – and they showed that last season, getting to the play-off finals. They have had a small turnover with players this summer after losing a lot of strong loans returning to their parent clubs over the summer.

“Michael [Appleton] has got them playing some good football, and they were a real threat in the league last season – they will this season too. Whilst they will look at the first few games and perhaps have wanted a better points return from it, they have been competitive and strong in a number of games and we know what they are capable of doing.”

Michael Appleton is expecting a tough battle against The U's: "Cambridge have loads of momentum and have picked up some good wins. They’re well organised and it will be a difficult test for us."

Sam Purkiss, who was last put in charge of Plymouth’s clash with Fleetwood, has been appointed as Referee for Saturday’s game. Andy Bennett and Darren Blunden will be his Assistants and Daniel Cook is Fourth Official.

The clash kicks off at 15:00 on Saturday September 11th, with tickets available online, over the phone by calling 01223 566500 (option 1) or by visiting the Abbey Stadium Ticket Office on Tuesdays, Thursdays and Matchdays.

If you can't make the match, listen to live commentary courtesy of BBC Radio Cambridgeshire with an iFollow Audio Pass. 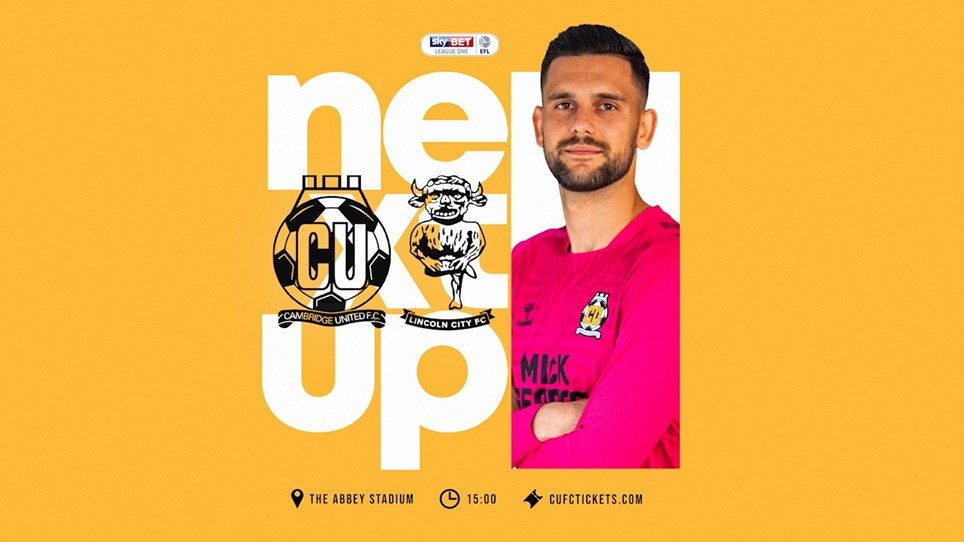 Next Up, U's host Lincoln


Despite there being a weekend of no football to deal with, U's fans can look forward to League football returning to the Abbey after the international break...

It was an afternoon to forget for Mark Bonner’s men, as they were taught a lesson by a rampant Lincoln side at The Abbey…

Despite Joe Ironside bagging his fourth goal of the season in the second-half, United couldn’t find a way back into the game – falling to a 5-1 defeat.

Mark Bonner named just one change going into the clash following Cambridge United’s victory over Bolton in their last League One outing prior to the international break. With Sam Smith coming in to replace James Brophy. Jubril Okedina returned to The U’s bench following his injury lay-off.

United found themselves 3-0 down after 45 minutes following an opening 45 minuets of impressive attacking from the visitors. The U’s afternoon got off to the worst possible start after just 24 seconds, with Hakeeb Adelakun putting the visitors ahead after Dimitar Mitov had previously done well to deny Tom Hopper at the near post – it was a goal that was a sign of things to come for The U’s.

The day got worse for the hosts in the 16th minute, as Lincoln City doubled their advantage through Conor McGrandles, who cut inside of George Williams to then neatly finish past Dimi Mitov at the far post.

Anthony Scully made is three in a very similar fashion after 25 minutes, with Lincoln again finding success down their left. The striker cut inside before excellently finishing into the top corner. Little was to follow in the remaining 20 minutes, as Mark Bonner’s men struggled to deal with Lincoln’s cross field balls and quick breaks – bringing the end to the first half.

It was more of the same in the opening exchanges of the second half, as substitute Lewis Florini added to the visitor lead shortly after the restart – again brilliantly finding Mitov’s top corner.

The U’s were thrown a lifeline through Joe Ironside – who scored his fourth league goal of the season thanks to some brilliant work from Wes Hoolahan in the Lincoln six-yard-box to set the striker up to finish into the roof of the net.

What little hope that was generated after Ironside’s goal were quickly quashed after Anthony Scully bagged his second goal of the game, and the best of Lincoln’s five. Firing into the top corner after 72 minutes form the edge of the area.

A quiet 20 minutes concluded the game, with subsitutes Jack Lankester, Jensen Weir and Harvey Knibbs unable to have any impact on the game. The closest United came to a goalcame after substitute Jensen Weir's late corner directly hit the bar in the latter stages of stoppage time.

Attentions now turn to Portsmouth next weekend, where Mark Bonner’s men will look to rebound from this weekend’s humbling defeat. Tickets for the clash can be bought from CUFCTickets.com, by calling 01223 566500 (Option 1) or by purchasing from the Abbey Stadium Ticket Office during our Opening Hours.

Next Up, U's host Lincoln


Despite there being a weekend of no football to deal with, U's fans can look forward to League football returning to the Abbey after the international break... 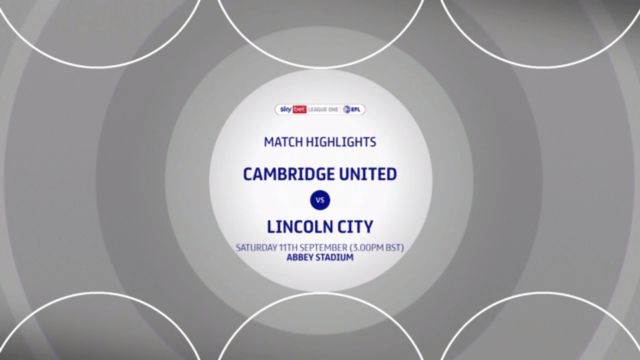 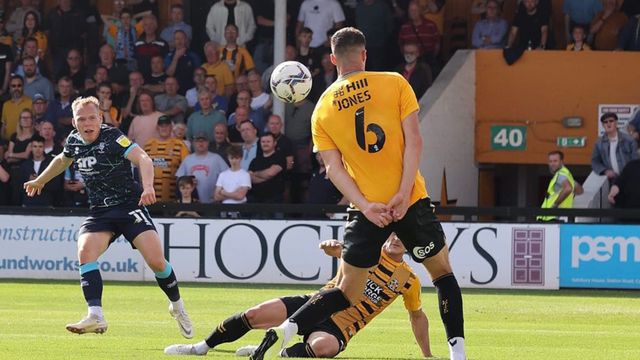