Cambridge United picked up a creditable point at Doncaster Rovers on Tuesday night in a game of contrasting halves...

After taking the lead early through an own goal created by Shilow Tracey, United were pegged back in the second half and conceded their advantage after a wonderstrike from Ethan Galbraith.

With suspensions and injuries plaguing the United squad, Mark Bonner named six changes to the team that lost at Shrewsbury on Saturday with Tomas Holy coming straight into the side following his emergency loan move to the club earlier today, whilst Ben Worman, Sam Smith, Jubril Okedina, Jensen Weir and Harrison Dunk also joined the starting line-up.

It was a dream start for the much-changed U’s as persistent and patient work from Shilow Tracey forced the opening goal, stealing the ball off a Rovers defender before jostling for position and putting in a cross that was turned into his own goal by Gardner.

Doncaster came back strong and forced Holy into a couple of routine but smart denials, but the frustration amongst the home team and supporters was clear to see as Cambridge imposed their game-plan on the opposition.

Tracey was having a big impact in the match and constantly had the Rovers defence on ice when breaking with the ball. On 21 minutes, Smith played the winger through but after getting away from his initial marker, saw his shot blocked by a recovering defender.

Roles were reversed between the United attackers moments later, as Tracey fizzed a ball across the Doncaster box for Smith to attack, who came inches away from connecting to what would have been a point blank header.

Smith did connect on 30 minutes, as after Tracey occupied two defenders down the right, he laid the ball off for Williams who whipped the ball into the path of Smith who could only head over the bar.

United’s direct running approach was giving the home side a headache during an excellent first half which came to a conclusion with the U’s a goal to the good.

There was little in terms of goalmouth action for the opening 20 minutes of the second half and U’s looked comfortable with their one goal lead, despite Doncaster pushing the agenda. Indeed, it took a moment of individual brilliance to draw the team’s level, as Ethan Galbraith struck a stunning long-range effort which rattled in off the post on 69 minutes, leaving Holy no chance whatsoever to make the save.

The goal spurred action on the bench, as Harvey Knibbs and Joe Ironside entered the fray but it was the home side who next came close, on 81 minutes, as Rodridgo Vilca burst into the box only to blaze over on the volley from 10 yards out.

With five minutes remaining, United’s best chance of the half came crashing off the crossbar, as Harvey Knibbs directed Jones’ cross towards goal, before Ironside failed to gobble up the rebound, meaning a share of the spoils between the two sides. 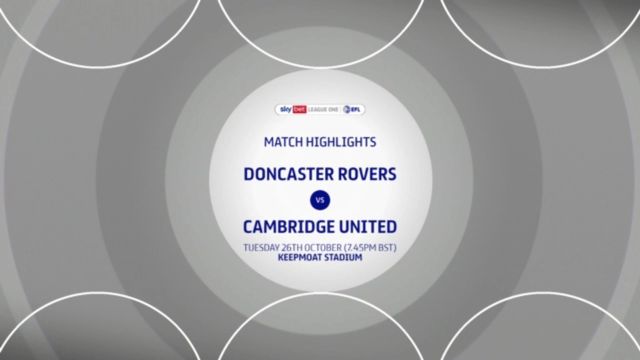 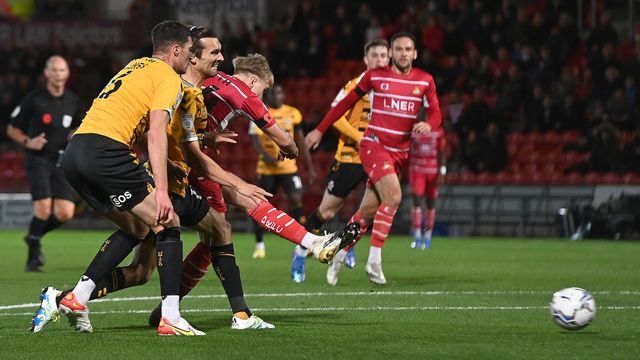