The Amber and Black army will be looking to go one better following their draw with Crewe Alexandra prior to the international break, as they face off against Paul Cook's Ipswich Town in front of a packed out Abbey Stadium.

Kick-off is at 3:00pm with tickets no longer available for fans to buy. Fans are advised to arrive early for today's game to help ease queues ahead of kick-off. More informational can be found in our Matchday Guide.

Get clued up on today's fixture by reading our Match Preview and find out what manager Mark Bonner and goalkeeper Dimi Mitov had to say ahead of the game. Fans can also watch the Pre-Ipswich Press Conference in full over on our YouTube.

Not enough? You can also read our Talking Points in the build up to the fixture.

Make sure to stay across the club's website and social media channels in the build up to kick-off, as we bring you all the pre-match build up from Fratton Park. 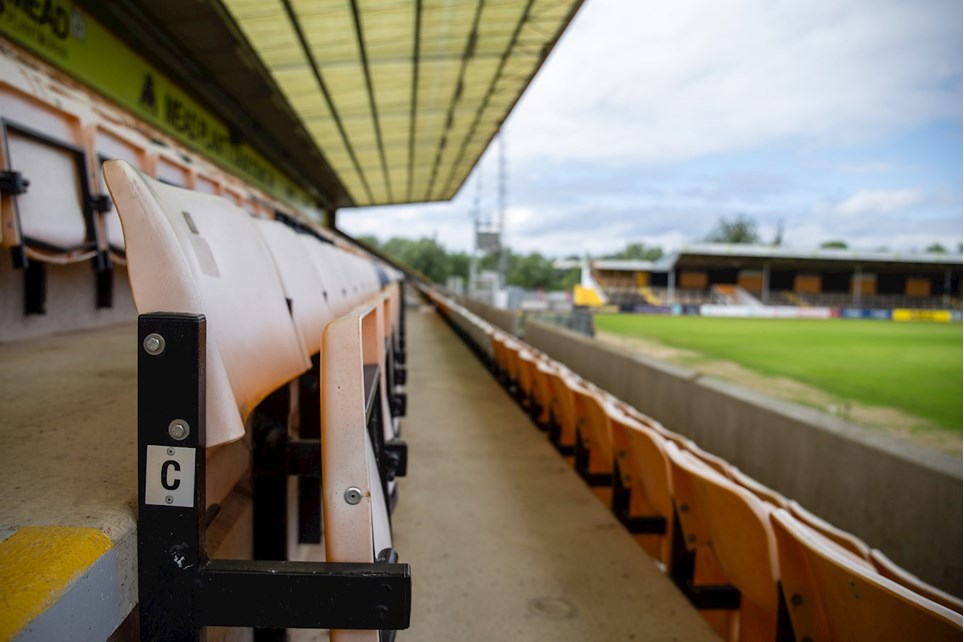 A brace from Sone Aluko put the visitors into the driving seat, before James Brophy grabbed an immediate consolation with his first goal in amber and black. The momentum remained on the hosts’ side after the break, sparking delirium in the dying embers when Joe Ironside headed home to force a share of the spoils.

Mark Bonner ringed two changes to the side that rescued a last-gasp point against Crewe Alexandra a fortnight earlier – with Shilow Tracey and Wes Hoolahan returning to bolster the U’s attacking options.

Anticipation was in the air as the sides prepared to battle it out in a competitive fixture for the first time since 1993 in front of an Abbey packed to the rafters. The hosts were determined to banish a winless run of three games, but would breed confidence from their recent outing. As for Paul Cook’s side, they were steadily improving - one loss in five – and had proved a real attacking threat, scoring in every league game thus far and boasting the division’s top goalscorer in Macauley Bonne (9 goals in 10).

The visitors started in a confident and attacking manner. Conor Chaplin tested his luck with two half chances which both floated wide of United’s goalpost within the opening minutes.

The Tractor Boys drew first blood on the 10th minute with a well-taken finish. After a mishap at the back, Aluko capitalised with pressure to open up the rearguard. The experienced head kept his cool and executed a delicate lob over a helpless Dimitar Mitov, leaving the U’s to lick their wounds.

Eager to conjure up a positive response, United showed intent with some pleasing passing movements that Hoolahan was predominantly at the heart of, but they were ultimately struggling to contain Town’s heavy pressure.

The U’s more than had their work cut out when Ipswich doubled their advantage on the 36th minute. A corner deep into the six-yard box was parried by Mitov and into the path of Aluko who prodded at the ball which trickled in before the U’s number one could claw the danger out. An immediate consolation was now a necessity.

The U’s halved the deficit and breathed further life into the encounter after finishing off a devastating attack on the 40th minute. Ironside did excellent to win an aerial battle which orchestrated the killer move. Fluid link-up play from Hoolahan and Tracey helped set up an unmarked Brophy who rifled his attempt into the net off the crossbar. The first period concluded as a real battle, but it was one that the hosts were very much still in.

Strong application from United handed them a good opportunity five minutes into the second half. A defence-splitting long ball from Lloyd Jones fell towards Ironside, who tussled with Cameron Burgess and got his shot away from 12 yards, but the angle was tricky as Vaclav Hladky smothered away the danger.

Following the attempt, United were forced into periods without possession with their opponents cleverly finding space in tricky areas within the final third. Despite chances being few and far between, they were doing their jobs defensively as the game entered a cagey stage.

An exquisite quick free-kick from Hoolahan managed to engineer a strong chance on 73. Releasing Brophy down the left, the winger’s pace caused havoc before crossing deep towards George Williams who leaped well but couldn’t divert a header goalbound.

United’s tails were up as they pressed for an equaliser - thriving every time they marauded towards the Newmarket Road End. A far cross from substitute Sam Smith on the 81st minute was headed away from a Town defender, evading Hladky and on a plate for Brophy who had an open goal, but couldn’t keep his volley down from distance.

The hosts sparked pandemonium on the cusp of added time when they grabbed a deserved equaliser through the battering ram Ironside. A flick on from Jones deep in the goalmouth was flicked to United’s top goalscorer, who headed home his 6th goal of the campaign.

Deep in its dying embers, Bonner’s men pressed for that winner whilst remaining composed at the back. Ultimately, the shares were spoiled in what was a scintillating afternoon.

Want another taste of that Abbey atmosphere? Then make sure to back the boys here at CB5 once more on Tuesday night (19th October) as they entertain Sheffield Wednesday. 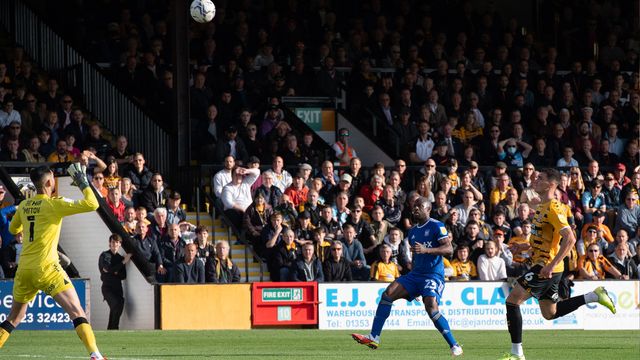