The U’s are back in action looking to build on Saturday’s 1-0 win over AFC Wimbledon, as they prepare for a trip to Morecambe on Tuesday night…

Jensen Weir’s power header just moments into the second half on Saturday ended a run of seven games without a win for Mark Bonner’s side, as his U’s ran out 1-0 victors against AFC Wimbledon.

Despite the recent winless run prior to Saturday’s game, the U’s have become a team hard to beat, only tasting defeat two times in their last ten outings. More impressively, Mark Bonner’s side have only fallen to defeat on four occasions this season – a record only bettered by four teams in the division.

The Shrimps have made a respectable step up to the third tier following a turbulent summer in which saw the Lancashire club lose manager Derek Adams and key player Carlos Mendes Gomes. Victories against Shrewsbury, Crewe, Doncaster and Sheffield Wednesday see Steve Robinson’s side sit 19th in the division.

Despite early season form which saw the Shrimps move up to 11th and just three points shy of the play-offs following a 2-0 victory over Lincoln City at the end of Septemberl, a run of four League One defeats from their last five games has seen Morecambe fall to within touching distance of the drop zone – and only remain out of the bottom four thanks to their superior goal difference. 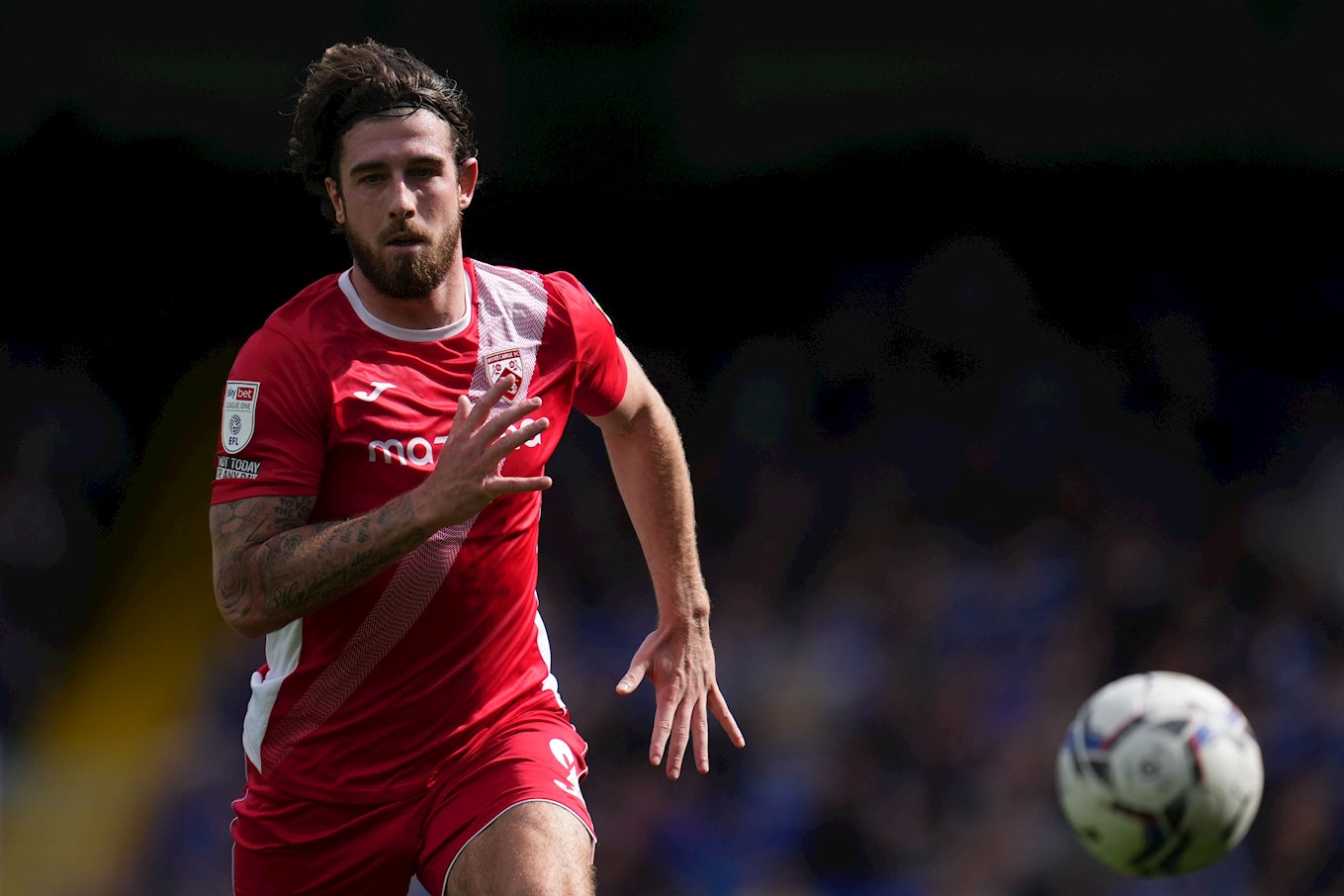 Described as ‘one of Europe’s most inform strikers’ by U’s Head Coach Mark Bonner, Cole Stockton will be hoping to add to his already impressive 11 League One goals and two assists this season on Tuesday. The former Hearts and Tranmere striker was unable to prevent his side from falling to defeat in their last outing on Saturday – despite his goal – as Steve Robinson’s men fell to a 3-1 defeat at the hands of Oxford United.

U’s fans wouldn’t have to hard pressed to remember memorable previous clashes against Tuesday’s hosts – with Cambridge United boasting impressive 5-0 and 7-0 wins over Morecambe within the past five years.

Paul Mullin’s hat-trick, coupled with goals from Wes Hoolahan and Adam May inflicted Morecambe to a 5-0 defeat at the Mazuma Stadium last season at the hands of Mark Bonner’s side en-route to League Two promotion.

Despite emphatic wins over the Shrimps in recent games, neither side hold bragging rights over the other when it comes to historical head-to-head clashes between the two sides – with both Morecambe and the U’s winning on seven occasions.

U’s Head Coach Mark Bonner is expecting a tough match-up against Morecambe on Tuesday: “They are a strong side. They came up with us, but they have had a lot of changes over the summer, a change of manager as well as lots of new players arriving, so some slightly different challenges we will have to prepare for from last season.

“Morecambe will be slightly disappointed with their current run of form but similarly to Doncaster and Shrewsbury, their home form is excellent, and they have picked up some brilliant results. We know how tough of a game it is going to be tomorrow and we have to give ourselves the best chance of going and getting something from the game to keep adding to the total that we are on.”

Robert Madley will head up Tuesday’s clash against the U’s, with Johnathon Bickerdike and Alan Clayton coming in as his assistants. Ollie Yates will oversee the game as Fourth Official.

U’s fans can secure their tickets in person at the ground on the day of the game. Or for fans who are not able to attend, the next best way to get behind the U's is by streaming the action with iFollow.

Match Passes are available to buy now for just £10. The simplest way to do so is by clicking here and selecting the Morecambe fixture. Either log-in to your existing iFollow account or create a free account by clicking ‘Register Now’.

Cambridge United picked up back-to-back league wins for the second time this season with a 2-0 win at Morecambe’s Mazuma Stadium...

Academy graduate Ben Worman scored a sensational volley half-way through the first half to give United the lead, before Joe Ironside scored from the spot with under 20 minutes to put the U’s in a commanding position to pick up all three points.

From the moment the first goal went in the result never really looked in danger, as Mark Bonner’s men exerted a certain level of control over their opponents to move into the top half of the table on 22 points.

The Head Coach named six changes from the side that won against Wimbledon on Saturday, as Mitov, Dunk, Brophy, Masterson, Worman and Knibbs – who was making his first league start of the season – came into the team.

Following his enforced absence which saw him miss the previous two games, Dimitar Mitov was into action early as he clawed away an arrowing effort from Morecambe’s McDonald that looked to be heading into the bottom corner.

It was the hosts who looked the most threatening inside the opening stages of the game, but Ironside spurned a good sight of goal on 23 minutes as he headed over at the back-post from Dunk’s deep cross.

United grew into the contest though and began to dictate proceedings, culminating in Ben Worman’s outrageous first league goal for the club. Positioned on the edge of the penalty box ‘D’, the ball was zipped into his midriff, but a delightful piece of improvisation saw the young midfielder control the pass with the outside of his foot, before volleying the ball home without it touching the ground.

With their tails up, Cambridge went for the kill and on 35 minutes, Ironside could have made it two as he was played through on goal by Digby, only to be denied by Andrésson with the goal at his mercy.

The remainder of the half passed with little incident as United went into the dressing room a goal to the good.

The league’s top goalscorer, Cole Stockton was kept at arm-lengths by the U’s stingy defence but looked to finally have his chance to score just before the hour mark, but after being played behind the defence to be met one-on-one with Mitov, the linesman’s flag was raised.

A minute later, Knibbs should have all but sealed the points as Brophy got to the by-line before cutting the ball back to the attacker, whose on-target effort was turned onto the post by the Shrimps goalkeeper.

Shilow Tracey replaced Knibbs with just over 20 minutes to go and the winger made an immediate impact, as he was fouled in the box to award United a penalty, which Ironside dispatched with aplomb to make it 2-0.

The U’s saw the game out in a professional manner as the hosts failed to create any chances of note to threaten the scoreline, whilst substitute Sam Smith had two opportunities himself to extend the lead, striking wide of goal on both occasions.

Attentions turn to the FA Cup next and the short trip to Northampton Town with a place in the Second Round up for grabs on Saturday. 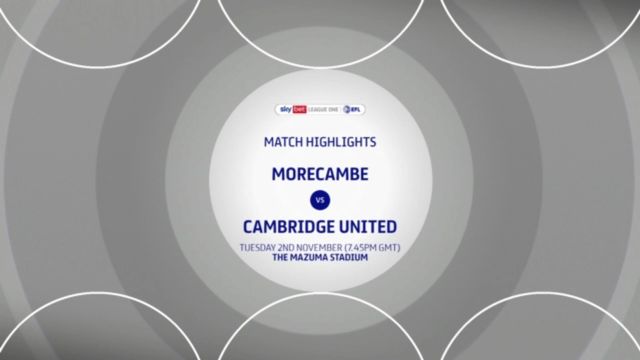 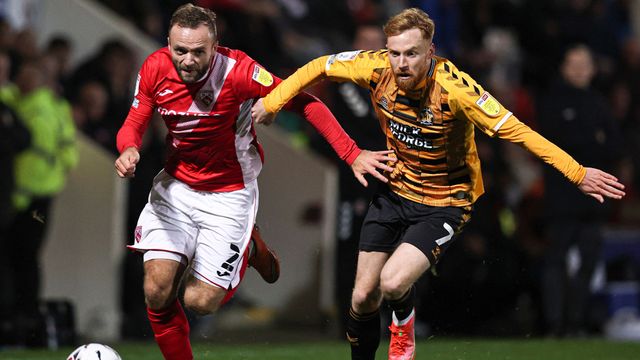