For the first time in 2022, Cambridge United suffered a Sky Bet League One defeat at the Abbey Stadium as MK Dons ran out 0-1 winners...

Despite engineering some well-worked opportunities in a spirited opening hour, the U’s were undone when Warren O’Hara nestled home. Despite endeavour, an equaliser couldn’t be mustered up as the visitors remained firm to ensure the solitary goal was enough to separate the sides.

Tinkering with his squad, Mark Bonner named three changes to the side that fell to a heavy defeat at Sheffield Wednesday a week earlier. Jubril Okedina, Liam O’Neil and Harvey Knibbs, who all injected energy from the bench in the loss, were rewarded with starts.

United headed into the clash winless in four with streaky form since the turn of the year - but the fact they had made CB5 a daunting place to visit of late was a real consolation as they sat comfortably clear of danger. Last going seven league games without defeat in 2020, they were out to match that feat against an opponent with a well-executed style of play vying for an automatic promotion spot – backed up by their possession of an 11-game unbeaten run.

The visitors initially threatened throughout the opening minutes, with the returning Harry Darling blazing a speculative bicycle kick wide before Kaine Kesler-Hayden’s inswinging cross was met by Troy Parrott inside the penalty area whose first-time shot powered over the crossbar.

United were agonisingly close to drawing first blood on the 7th minute with an applaudable passage of play. Engineered from Lloyd Jones, the defender played out from the back and lofted a floating ball to an open Sam Smith down the right flank. After cutting inside, he found Knibbs who clattered the crossbar before Joe Ironside headed the rebound which was denied by the heroics of Conor Coventry on the line.

All in all, the hosts had hold their own well. Although lacking in any clear-cut chances, tenacity and grit was on show in an evenly-matched start.

That continued up until the 43rd minute when the U’s turned on the gas. James Brophy played a good pass into Ironside on the outskirts of the area, who held the ball up impeccably and pulled the trigger that Darling blocked.

It concluded a positive first 45 for the hosts, whose intent in the final third had frustrated Liam Manning’s side. They would perhaps feel quite unfortunate not to have broken deadlock, however, after an encouraging final minutes.

More of the same followed. After Dunk was fouled on the 51st minute, Smith tested his luck from 25 yards out which got plenty of curl but it nestled against the side netting. The chances continued to fall the way of United, with Knibbs and Ironside planting headers wide from well-worked moves shortly after.

MK were celebrating the opener on the 59th minute after the U’s were undone from a long throw-in. After a slight scramble in the box, the ball fell to O’Hora who tucked a delicate strike past Dimitar Mitov.

In response, the hosts continued to keep a stern opposite number firm. On 65, excellent link-up down United’s left side resulted in Dunk delivering a low cross which Ironside couldn’t tuck in from a tight angle.

Wes Hoolahan, Adam May and Jack Lankester were all introduced to the fold in quick succession, but as the clock ticked down MK remained professional defensively to cancel out United in the final third to seal the points.

Next up, the U’s visit AFC Wimbledon’s new Plough Lane home on Saturday (26th March) - tickets are selling fast so be sure to back the boys as they embark on the final stages of the campaign.

Man of the Match: Dunk 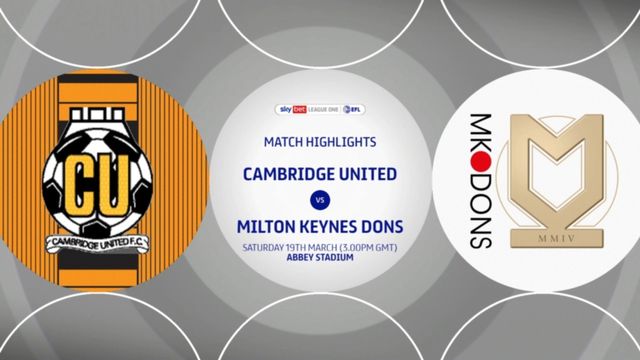 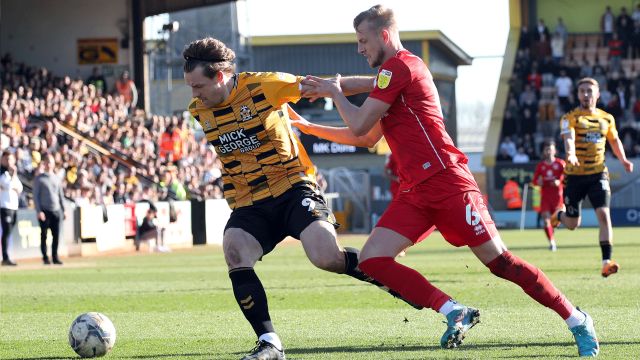