Route to the Third Round

Despite having the luxury of an Third Round tie against Premier League side Newcastle United to look forward to, the U’s FA Cup run was so nearly cut short in the First Round, with goals from Sam Smith and Conor Masterson needed to twice cancel out League Two Northampton Town in November – forcing the Cobblers to a replay.

Despite perhaps riding their luck in the initial clash, a commanding performance in the Abbey replay sealed a home tie against Exeter City in the Second Round. Goals from Harvey Knibbs and Sam Smith, before the interval saw Mark Bonner’s men deservedly lead 2-0 at the break before a thunderous Ben Worman strike sealed the tie just two minutes after the restart.

Exeter themselves, who had controversially booked their place in the Second Round, arrived at the Abbey looking to make it five wins on the bounce against United. However it wasn’t to be as Harvey Knibbs’ 88th header ensured the U’s progression into the Third Round, despite the goal initially being ruled out for offside.

Sam Nombe had given the visitors the lead after eight minutes from the spot after the forward was tripped by Jubril Okedina, however, a spirited U’s comeback started with Adam May firing in from the edge of the area, after good work by James Brophy presented the midfielder with the opening. Before Harvey Knibbs met Wes Hoolahan’s cross in the six-yard-box to complete the U’s comeback.

Monday’s New Year clash against Portsmouth saw the U’s return to action for the first time in 18 days, having seen their previous two games over the festive period cancelled due to COVID-19 and injuries within the United camp.

Nicky Cowley’s Portsmouth arrived at the Abbey looking to make it seven wins in 10, however is resilient United performance denied Pompey returning to the South Coast with all three points. The game, packed full of action - despite finishing as a stalemate - was overshadowed by a medical emergency within the Newmarket Road End, resulting in the game being temporarily halted.

Prior to Monday’s game, United were downed by Rotherham United. Despite plenty of endeavour against the then table-toppers, who in turn made it 21 games unbeaten after the Abbey Stadium clash, a sublime finish from Daniel Barlaser just after the hour mark was enough to separate the sides and to condemn the U’s to their second defeat in as many games.

Saturday’s cup clash will see Eddie Howe’s men return to play for the first time in 2022 – having seen their last two Premier League fixtures either side of the New Year postponed due to a COVID-19 outbreak within the camp. 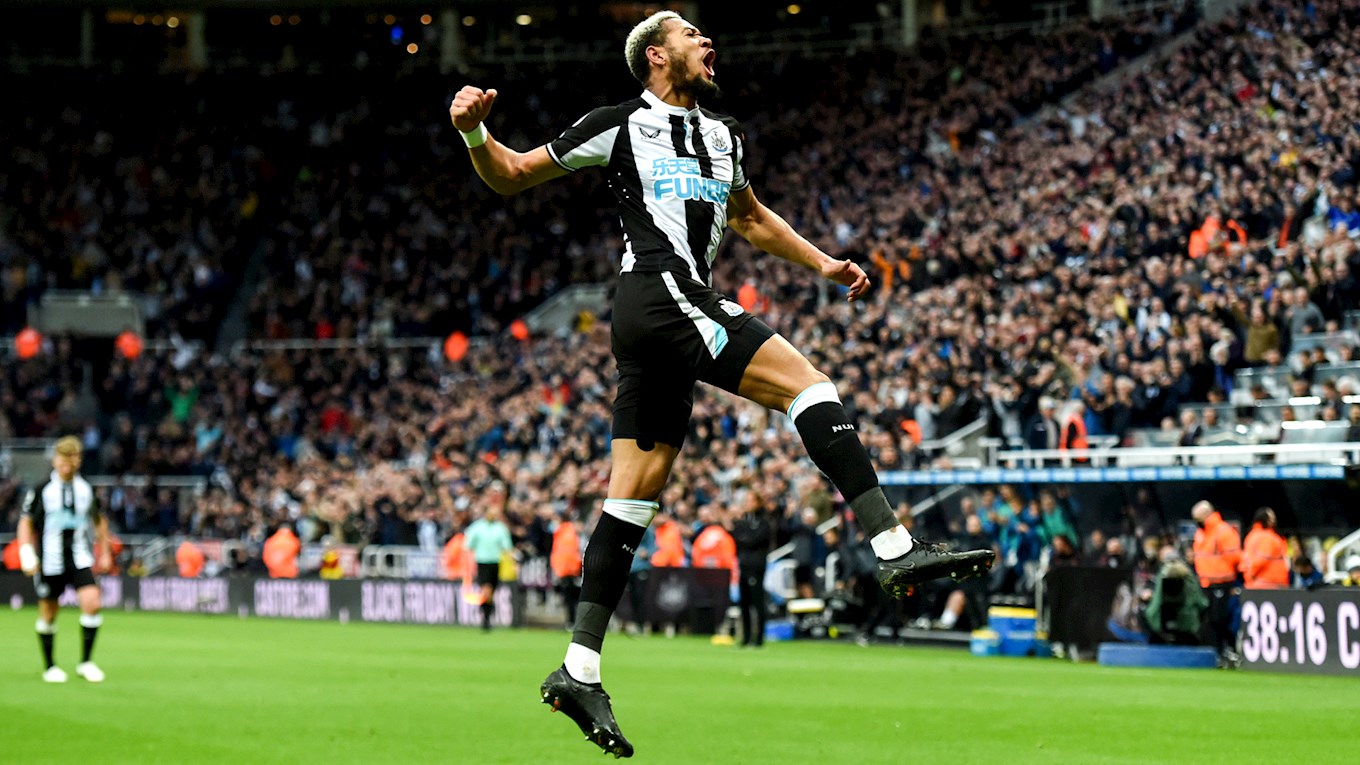 The Brazilian, who arrived at St James’ Park from Hoffenheim for a reported £40m price tag, has been completely reinvented since Eddie Howe’s arrival in November. Having previously been deployed as a striker and winger under Steve Bruce’s tenure, the Brazilian youth international looks revitalized in a new box-to-box midfield role, earning plaudits from national media after the Magpies’ 1-1 draw with Manchester United in December.

Andy Cole’s opener, coupled with goals from David Kelly and Steve Howey condemned Cambridge United to a 3-0 defeat in front of 7,925 at the Abbey Stadium, plunging the U’s into further relegation danger.

Incredibly, Cambridge United’s last victory against Saturday’s opponents came back in 1984, in a game in which ended the U’s infamous run of 31 games without a win throughout the 1983/84 season.

Kevin Smith’s penalty and some impressive defending gave the U’s their first win since October 1st 1983, and in turn put a slight dent in Newcastle’s promotion hopes.

U’s Head Coach Mark Bonner appreciates the challenge of facing Premier League side Newcastle United: “Saturday’s game is certainly above any challenge we are going to face in the league this year. It is a major experience to look forward to for all of us.

“There is going to be an incredible turnout, which is no real surprise, everyone knows how well supported Newcastle are and the fact that they are in a real positive mindset as a club after the takeover, and with the excitement of the transfer window, which hopefully will bring the best out of us and really inspire us to give a good performance.

“As we know, we will need to be at the very top of our game to be competitive against them, but that is something to look forward to. It is games like this that we have worked really hard for.

Michael Salisbury will head up Saturday’s clash at St James’ Park, alongside Mark Scholes and Geoffrey Liddle, who have been appointed as his assistants. John Busby will watch from the side-lines as fourth official. 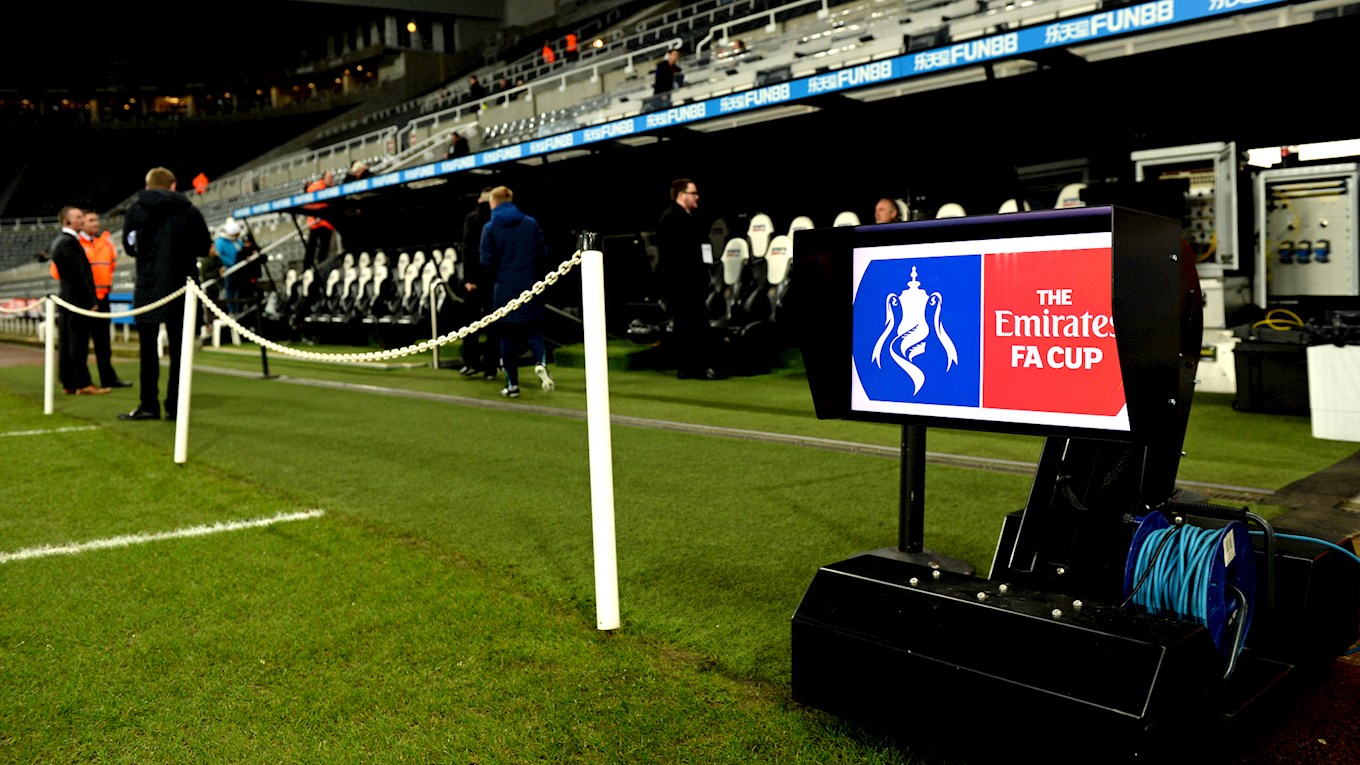 For the first time in U’s history, VAR will be in operation, with Simon Hooper taking charge, with Stuart Burt as his assistant.

Whilst the match is not being broadcasted domestically, U's fans across the globe can watch Mark Bonner's men test their mettle against the Premier League giants.

Coverage of the Third Round clash is being shown in 135 territories, with a list of all available here.

For supporters in the UK who can't make it to St James' Park, listen to full live match commentary of the game via BBC Radio Cambridgeshire or BBC Radio 5 Live.