Following a two-week break in play following two postponements, the U's are back in action against Portsmouth on Monday (3rd January)...

Prior to the double cancellations of clashes against Wycombe Wanderers and Doncaster Rovers over the festive season, the U’s had been enduring a run of three wins in their last five outings in all competitions, however Mark Bonner’s side will be looking to bounce back following a 1-0 defeat at the hands of promotion chasing Rotherham United last time out.

Despite plenty of endeavour against the then table-toppers who made it 21 games unbeaten after the Abbey Stadium clash, a sublime finish from Daniel Barlaser just after the hour mark was enough to separate the sides to condemn the U’s to their second defeat in as many games.

A run of six wins in nine League One games prior to Pompey’s clash at the Abbey Stadium saw Portsmouth rise from 17th – where the South Coast side sat following a 4-0 defeat to Ipswich Town mid-way through October – to 9th and just seven points shy of the play-offs.

Marcus Harness and Connor Ogilvie’s goals sealed all three points against Morecambe in the second week of December before COVID-19 halted Pompey’s December, with games against AFC Wimbledon and Exeter City all being postponed before Christmas as well as the Blues’ first two fixtures after the holiday fell to the same feat. Monday’s clash at the Abbey will see Danny Cowley’s side return to action for the first time since December 11th. 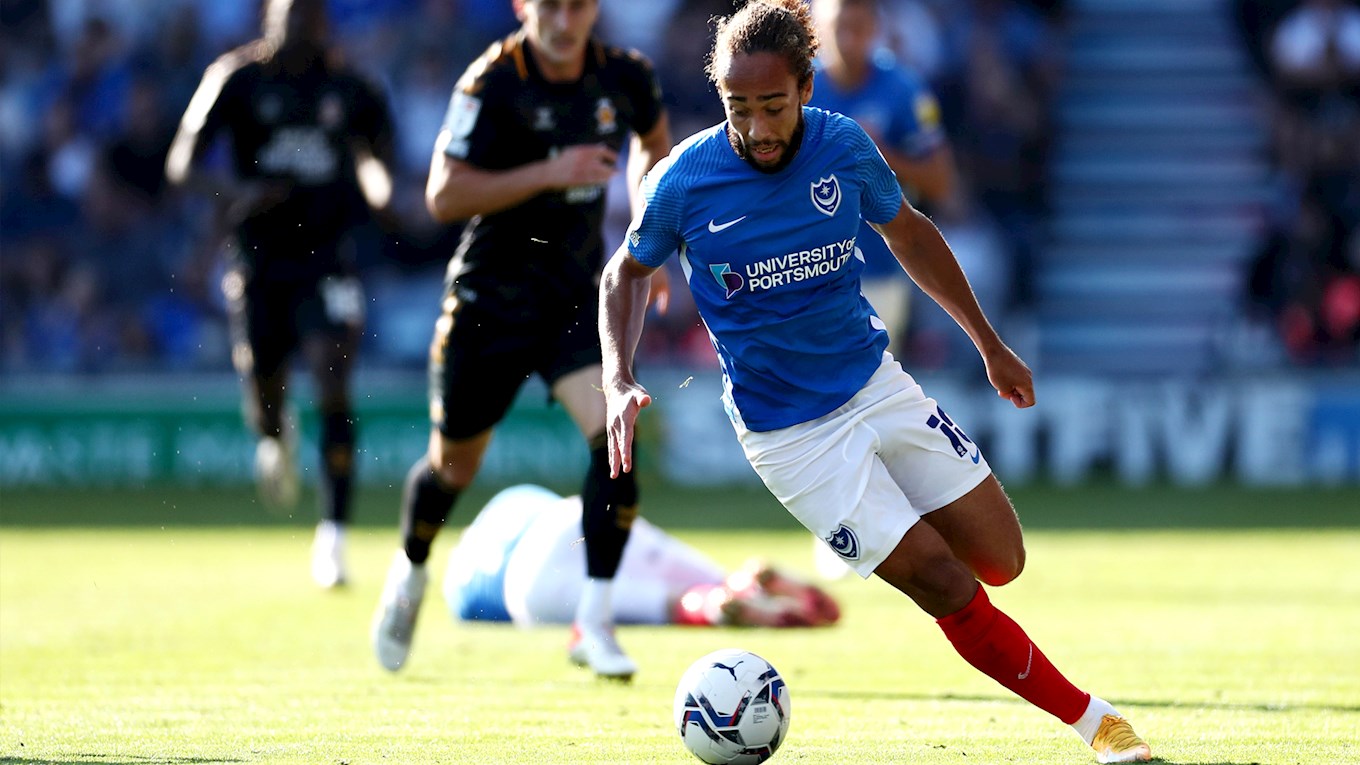 The Burton Albion academy graduate, who made the switch to the South Coast in July 2019 has been Portsmouth’s main output down the right this campaign. The winger has been enjoying a purple patch throughout November and December, scoring five goals in his last eight games before COVID-19 interrupted Pompey’s festive schedule.

Memories of Cambridge United’s 2-1 victory over this Monday’s visitors may be fresh in the minds ahead of the clash, as Joe Ironside and Liam O’Neil’s goals either side of the half-time whistle secured the U’s first ever win over Portsmouth at a sunny Fratton Park in September.

Despite defeat in in the last meeting, history will certainly be on Portsmouth’s side, with Mark Bonner’s side ending an incredible 43-year winless run over Portsmouth in September, with Cambridge United’s one and only other victory coming back in 1978, as Steve Fallon’s volley proved to be enough for the three points in front of 5,869 spectators at The Abbey. Since then, Pompey have won 14 of 17 encounters against The U’s.

Before September’s Fratton Park clash, the most recent encounter between the two sides came in 2017, with Luke Berry’s late strike only proving to be a consolation as Portsmouth ran out 2-1 winners in front of 18,165 at Fratton Park en route to their eventual promotion as champions out of League Two.

U’s Head Coach Mark Bonner appreciates the challenge his side will face on Monday: “Any side managed by Danny and Nicky are always really tough opponents, they are top coaches at this this level and it will be a real challenge for us. I think the atmosphere in the game will be brilliant and that will spur everybody on, so I'm looking forward to it.

“They have ground out some brilliant results and are playing well so if they go into Monday’s game with the same sort of style that they have been playing, we know how hard it will be.”

Danny Cowley while questioned on the COVID-19 issues within his Pompey squad said, “We seem to have come through it, which is obviously very good news. We’re certainly moving in the right direction.

“The change in restrictions from 10 days of isolation to seven has also helped some players return to training quicker. We’re certainly hopeful that we’ve managed to navigate through that difficult period because it’s amazing how it can spread like wildfire once the virus gets into the building.

“It’s been frustrating because we’ve obviously had to postpone three games when we were on a really good run of form.”

Joshua Smith will head up Monday’s clash at the Abbey Stadium, alongside Michael George and Daniel Leach, who have been appointed as his assistants. Trevor Kettle will watch from the side-lines as fourth official.

The clash kicks off at 3pm, with tickets available online, over the phone by calling 01223 566500 (option 1) or by visiting the Abbey Stadium Ticket Office on Monday.

Supporters attending the Abbey Stadium should be made aware that COVID-19 certification is required upon entry, with more information available to read here.

Ten-man Cambridge United kicked off their 2022 Sky Bet League One pursuit with a resolute 0-0 draw over on-song Portsmouth at the Abbey Stadium...

After Sam Smith was dismissed on the hour mark, the hosts had their work cut out. Nonetheless, a gritty conclusion saw United grab a thoroughly deserved share of the spoils as they extended the gap from the relegation zone.

After a disrupted Christmas schedule, Mark Bonner felt no need to shuffle his pack too much from the U’s last outing against Rotherham United two weeks earlier. In the sole change, Ben Worman replaced Jensen Weir as the 4/2/3/1 shape was maintained. Wes Hoolahan and Liam O’Neil made welcome returns to the 18-man squad, softening the blow that Lloyd Jones and Shilow Tracey would remain on the sidelines for the foreseeable future.

Going into the encounter between the recuperated sides, United would no doubt take some heart from some gritty recent performances as they looked to replicate a similar performance level from the reverse fixture at Fratton Park. A run of three wins in five in all competitions made for a consistently sound first half of the campaign. The task at hand was an arduous one against a rejuvenated Pompey side who were on the back of nine games unbeaten, boasting four consecutive clean sheets in the process.

In a steady start to proceedings, the U’s cleared their lines when called upon and acquitted themselves well. They crafted a promising attack on the 7th minute when an excellent twist and turn deep down the right from Smith helped force a rebounded cross that fell to the path of George Williams, who drilled an attempt which Gavin Bazunu claimed.

Moments after a feisty bust-up which involved Pompey’s number 10, Marcus Harness glided around the outskirts of the box and teed up Reeco Hackett on 19 – but his first-time attempt blazed wide of the crossbar.

In response, the U’s marauded up the other end of the pitch and almost carved out the opener. An applaudable Mahlon Romeo block denied James Brophy from 12 yards after Bazunu pawed away Adam May’s ferocious attempt.

Despite the half petering out slightly, United continued to win the all-important individual battles – their physical approach causing the visitors problems. On the counter attack, they were promising, particularly down the right where they found pockets of space in numerous occasions. Finishing on the ascendency, Smith was involved again on the stroke of half-time when, from the tightest of angles, danced into the six-yard box and forced Bazunu into action.

Pompey looked the most liveliest after the break, but there was no clear-cut opportunities as a battle in the middle of the park continued to ensue. The complexity of the game changed on the hour mark when Smith, perhaps harshly, was sent off after receiving a second yellow card due to a lunge on Connor Ogilvie.

Shortly after, play was temporarily suspended after a medical emergency was identified in the Newmarket Road End. Supporters and players alike played their part to ensure a fast response to tend to the matter immediately. Our thoughts and prayers are with the supporter and their family.

After the dismissal of the U’s joint-top goalscorer, they were forced to roll their sleeves up and grind out something from a match where, up to now, they’d been great value for at least a point.

A heart-in-mouth moment was conjured up on the 85th minute when substitute Michael Jacobs picked his spot and unleashed a 25-yard piledriver which Dimitar Mitov denied astutely with a low diving save.

Nonetheless, there was plenty of endeavour from United who hunted for the breakthrough despite their disadvantage. On the stroke of stoppage time, a teasing free-kick from May eventually fell to Jack Iredale who had time to touch it down before cannoning inches wide of the right post.

With an additional 21 minutes left to play, the game was far from over. The golden chance fell with seven minutes to play when the ball fell to Ronan Curtis in a dangerous position but the Irish international blasted wide.

To a man, United played their part in securing a point and the clean sheet from a clash that required real grit and determination.

Up next, the attention switches to Saturday (8th January) as the U’s, backed by a vociferous away support, travel to St James’ Park to take on giants Newcastle United in an FA Cup Third Round tie. Be sure to grab your tickets and support the lads as they lock horns with the richest club in the world.

Man of the Match: Paul Digby 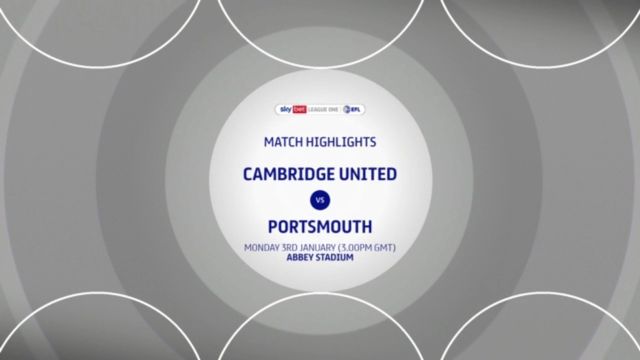 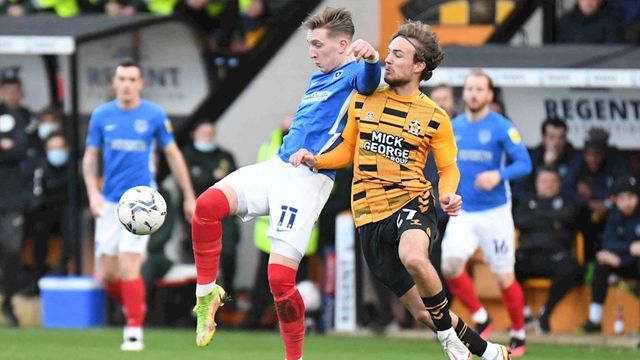