A late goal from Vadaine Oliver see's the U's leave Gillingham with nothing to show for it...

Cambridge United fell to their second defeat of the season against Gillingham in a match that won't live very long in the memory for those associated with the U's.

Neither goalkeeper was very active throughout the game as both sides struggled to create clear-cut chances, but the crucial one came with five minutes remaining as Oliver turned the ball home from just a few yards out following a Gills corner.

Whilst Mark Bonner's team had the majority of the ball and at times looked the more likely scorers, they didn't do enough in the final third to punish their opposition.

Just one changed was named from Saturday’s FA Cup defeat to Luton Town, as Wes Hoolahan made way for Liam O’Neil, who was restored to the starting XI for a league fixture for the first time since sustaining a calf injury against Crewe Alexandra on 2nd October 2021.

On a blustery evening in Kent it was a cagey start to the game from both sides, with chances coming at a premium for much of the first half. Gillingham’s Kelman was first to have a shot on goal, but his strike on the turn was hit into the ground which made for a comfortable save from Mitov.

United grew into the half and forced Tutonda into his first save on 25 minutes, as the U’s recycled an Adam May free-kick which was initially cleared, before May struck from 20 yards which was again, saved with relative ease.

As the first period entered the final 10 minutes, it was all U’s as Bonner’s men began to put their foot on the ball and apply pressure to the Gills defence.

Little was created in terms of clear cut chances though, as a hesitancy when in-front of goal proved to be United’s undoing, as the decision to pass was chosen ahead of shooting on a number of occasions.

The best opening fell to the feet of Knibbs right before the half-time whistle, but with his back to goal and the shot on the turn, it proved to be too difficult of a chance as his effort flew over the bar.

United began the second half as they ended the first – on the front foot and enjoying the lion’s share of possession. After 15 minutes of plenty of territory but little end product, Mark Bonner brought on Jack Lankester to replace Liam O’Neil, hoping that the talented 22-year-old could help create a telling spark.

Just a minute later the U’s finally sent an effort goalwards, but Smith’s glancing header from William’s deep cross flew over the bar.

Gillingham had something of a revival at the midpoint of the half as the home crowd found a new lease of life to try and encourage their team, but despite a renewed enthusiasm in the stands and on the pitch, United were able to their opposition at bay.

Lorent Tolaj came on for Knibbs with just over 15 minutes remaining and another promising situation went begging soon after, as United broke in numbers but after Smith zipped a forward pass into the on-rushing Digby, the midfielder failed to take the ball in as it went out of play.

Right down the other end, Mitov was called into action – beating away a swerving long range strike from Thompson that threatened to find the net as the home side mounted a late rally.

That late rally resulted in a goal, as Vadaine Oliver converted from close range off a well-worked corner routine that saw the U’s fall behind with less than five minutes to go.

Just as they had done for the previous 90 minutes, United laboured in their attemps to create anything that might test Tutonda and result in a late equaliser, as Gillingham held onto a valuable three points in their battle against relegation. 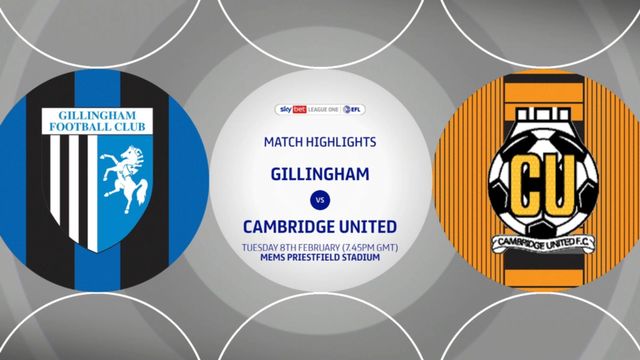 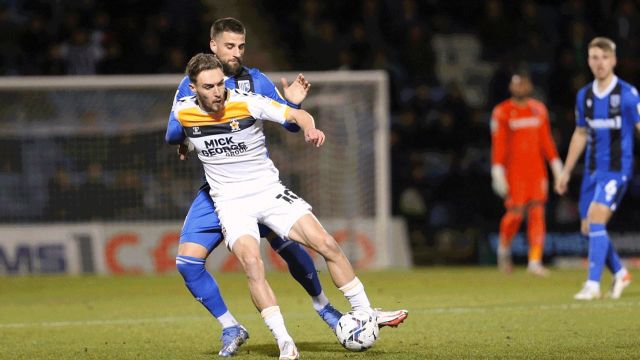