United will be aiming to bounce back following Tuesday night’s defeat, as they prepare to face off against Burton on Saturday (12th February)…

Head Coach Mark Bonner made no secret prior to the U’s clash with Bolton at the start of the month that their next batch of fixtures would be the toughest of the season, having seen key duo Jack Iredale and Joe Ironside added to the growing list of injuries at the Abbey Stadium.

Despite Vadaine Oliver condemning the U’s to their third defeat in as many games just three minutes from time on Tuesday night, five wins, two draws and just the single defeat on penalties against Rotherham United in the Papa John’s Trophy throughout January saw U’s Head Coach Mark Bonner nominated for League One’s Manager of the Month award a day later.

Burton themselves have also enjoyed a mini resurgence, after picking up points in five of their opening eight League One games of 2022. However, much like the U’s have struggled throughout February, losing three of their last four games.

Most recently, despite Gassan Ahadme scoring against his former club to half the deficit five minutes into the second half, Jimmy Floyd Hasselbaink’s men were unable to complete a comeback against Portsmouth, having fallen two-goals behind in the first half.

The U’s and the Brewers have met on 15 occasions throughout history, with United’s most recent win in August seeing the U’s take the edge over Burton when it comes to head-to-head, winning on six occasions compared to the Brewers’ five.

Most notably, both sides faced off in the 2007/08 Conference Premier play-off final, where United overcame Burton over two legs before losing to Exeter in the play-off final.

August’s meeting saw Mark Bonner’s men pick up their first win in the third division in almost two decades, after Sam Smith’s goal, coupled with a brace of own goals from Tom Hamer saw United run out 3-0 winners at the Abbey Stadium.

Back in 2015, goals from Tom Elliott and Robbie Simpson weren’t enough for any points, as Burton, the eventual 14/15 League Two champions ran out 3-2 winners on the day.

This weekend’s fixture will be the second time the two sides have met in the third tier.

U’s Head Coach Mark Bonner is looking forward to Saturday’s clash but expects this weekend’s Burton team to line-up differently to the one in which the U’s beat in August.

“They [Burton] use a different formation from when we last played them. They deployed a back four earlier in the season however have since switched to a back three now. They’ve had a couple of disappointing results, but in the main, they'll be delighted with where they are – similar to us really, I think.

Marc Edwards has been appointed as referee for Saturday afternoon’s Sky Bet League One clash between The U’s and Burton Albion at the Pirelli Stadium.

He will be assisted by Grant Taylor and Steven Plane. The fourth official will be Conor Brown.

Fans who missed the deadline for pre-sales ahead of Saturday’s clash can buy directly at the Pirelli Stadium on the day, with tickets priced at the following:

After getting off to the worst possible start, which saw the U’s fall behind after less than a minute, Harvey Knibbs’ spectacular strike levelled things up before the half.

William Kokolo put the home side in-front again at the midway point in the second half, but United fought right back and equalised through Sam Smith’s close range bundle over the line.

The home side’s best chances came through their aerial assault from set-pieces whilst United could have made more of a number of counter attacks, but in the end both sides had to settle for a point.

Mark Bonner named just one change from Tuesday’s defeat at Gillingham, as Wes Hoolahan came in for Liam O’Neil.

It took just 21 seconds for Burton to be handed the perfect opportunity to take the lead. A straight ball forward down the middle of the pitch undid the United defence and forced Okedina into making an ill-timed challenge on Ahadme, who converted the spot-kick despite Mitov’s best efforts.

The hosts looked to capitalise on their positive momentum as chances from Gilligan and Adadme went begging for the Brewers inside the opening 15 minutes.

United’s best opening came on the 20-minute mark as a swift counter attack led to Hoolahan playing the ball through for Knibbs on the right hand side of the box, but Smith couldn’t turn his cross in after he was well found by his teammate.

It proved to be a turning point in the game as Mark Bonner’s men began to settle down and five minutes later, drew level through a brilliant volley by Harvey Knibbs. As the U’s streamed forward on the attack, Brophy’s cross found the run of Digby at the backpost, who cleverly headed back across goal for Knibbs to take a touch before striking the ball into the roof of the net in acrobatic fashion.

The U’s presented Burton with another gift on 36 minutes, as a mix-up within the United backline saw Hamer run through on goal, only before making a mess of his finish as he tried to scoop the ball over Mitov and into the net, but saw his shot fall wide of the goal.

The first half was full of stoppages as the medical teams were often called onto the pitch to provide treatment to head injuries and with seven additional minutes to play, it was United who were looking the more likely scorers.

Knibbs saw a brilliant chance go begging as the ball fell to him after Brophy went in to challenge for the ball with Burton goalkeeper Garratt committed, but the U’s goalscorer failed to find the target with the goal gaping.

Then, with seconds remaining, United found themselves in a brilliant position to punish the home side on the counter attack, but a heavy pass from May to Hoolahan allowed the Brewers to recover their numbers and get back to defend.

The second half began with the home side on top and looking dangerous from their set-pieces in particular. They made their aerial advantage count in the 62nd minute as United headed away Powell’s whipped corner to the edge of the box, only to see Kokolo fire home through a crowd of bodies to put the Brewers back on top.

Less than 10 minutes later, it was the U’s who scored from a scrappy set-piece goal, as Smith turned it in from a few yards out as the ball ricocheted around the Brewers six-yard box.

With 80 minutes played, Dunk made what could have been a match-saving challenge as he through his body in the way of the on-rushing Gilligan from just eight yards out. It was the U’s who dictated play with the clock ticking down, not content with only a point.

There would be one final chance for United to snatch victory, as Brophy got to the by-line before lofting the ball over to Williams at the back-post, but he couldn’t hit the target whilst striking the ball on the stretch. 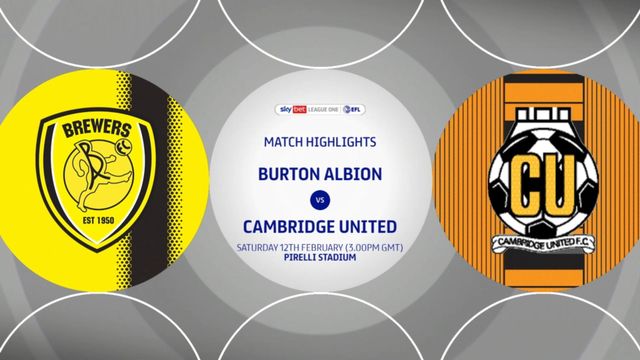 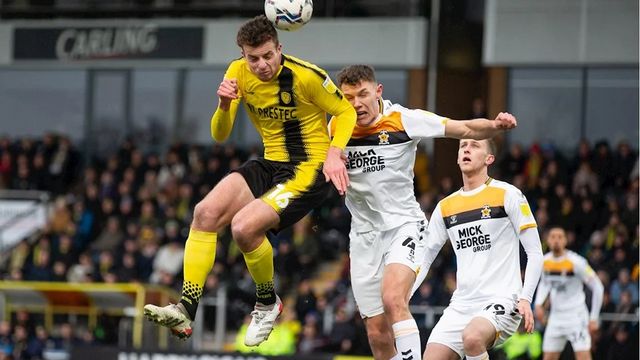