After George Williams opened the scoring for United with a fine set-piece header, Wallace’s brace on the stroke of half-time and Smith’s strike soon after the break flipped the tie on its head.

Despite a valiant effort to get back into the game which brought the best out of Millwall goalkeeper George Long, the home side held firm to see out the match.

Mark Bonner named five changes, as Jensen Weir, Shilow Tracey, Adam May and Harvey Knibbs all came into the team, whilst Millwall made seven of their own following their Championship defeat at Cardiff on Saturday.

Just six minutes in, the Lions came the width of the woodwork away from taking the lead, as Matt Smith’s close range overhead kick came crashing off the crossbar.

The hosts laid down an early onslaught, as cross after cross came flying into the box and United were forced to defend for their lives.

The U’s survived the spell though, and began to mount their own threat around the 15-minute mark, looking for openings on the counter-attack.

Shilow Tracey was first to breach the Millwall defence, as he received the ball in his own half on the left-hand-side and took it the length of the pitch before getting off a blocked shot.

United continued to grow into the half and got their rewards on 32 minutes, as George Williams’ run from a Ben Worman free-kick was left unchecked and the right-back headed home into the far post, sparking wild celebrations in-front of the travelling support.

The lead didn’t last long though as Millwall’s Wallace cut inside from the left to find the bottom corner with his right foot and draw the Lions level.

It was the hosts who finished the half the stronger and they took the lead just a few minutes later, as another dangerous delivery into the box was first met by a Millwall man and after failing to clear their lines, Wallace was in the right place at the right time to turn it in from close range.

The quality of Millwall’s deliveries and the physical presence of their attack eventually took its toll as United went into the break a goal down.

Five minutes into the second half and it was the U’s who showed the first signs of promise, as Tracey crossed the ball towards the on-rushing Knibbs, who flicked a header towards goal and although Long was only able to parry the ball into the six-yard box, a Millwall man was on hand to clear to safety.

53 minutes in and Millwall doubled their advantage as Mahoney broke down the right, before twisting and turning his way past the United defence to feed the ball into Smith, who beat his markers before firing home.

Despite the set-back, Cambridge went back on the attack and it was Williams in the thick of the action again, this time winning the ball with a clean tackle on the edge of the box before firing in a shot on target, which was palmed away by the Lions keeper.

Sam Smith met the resulting corner at the near-post but couldn’t keep his effort on target, and two minutes later, Wallace almost grabbed his hat-trick with a back-post header that cannoned off the woodwork.

With just over 20 minutes remaining, Tracey picked up on loose ball from 30 yards out and played in Smith, who forced a good save from Long once again.

It was the last action from Tracey, who was replaced by Lankester to make his debut, and his first action was almost a decisive one, as he split the Millwall defence to pick out Knibbs, who was denied by Long from point-blank range.

Lankester continued to impress, running at goal on 75 minutes before arrowing in an effort that took a deflection off a Millwall man to wrong-foot Long, but it wasn’t enough to find way through to goal, as he clawed the strike away.

Digby and Ironside soon came on for Jones and Knibbs, but time ran out for United as Millwall came away the victors on a night where the tie turned within the space of just a few minutes. Attention now quickly switches back to the league as a home game with Bolton Wanderers awaits on Saturday. 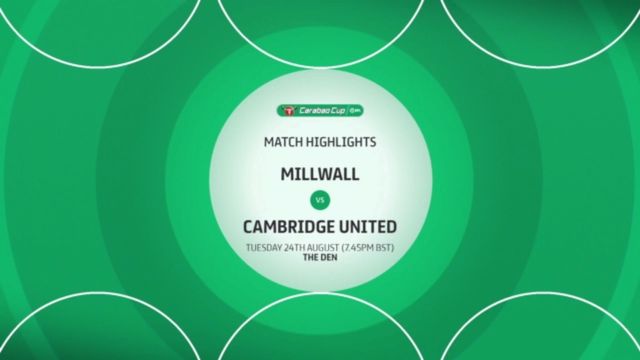 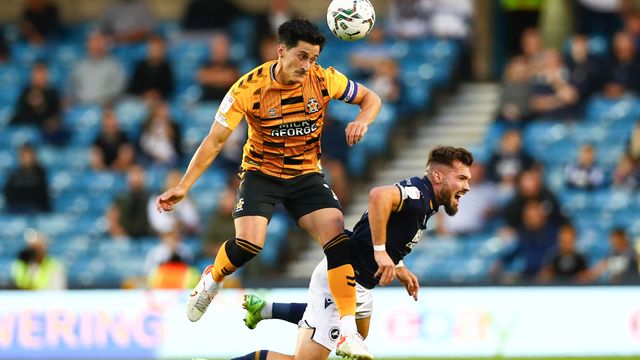