With a 1-1 draw against Oxford last weekend to get the U’s season up and running, Mark Bonner’s team will look to secure a further three points with a win over Accrington Stanley this Saturday.

During midweek, United progressed to Round Two of the Carabao Cup following a penalty shoot-out victory over Swindon Town after a goalless 90 minutes at the Abbey Stadium.

In Accrington’s opening league fixture, Wycombe’s Gareth Mcleary scored a brace inside the first 15 minutes to give John Coleman’s side the worst possible start to the season. Accrington rallied, with 62% possession and an 89th minute goal, but time ran out as they suffered a 2-1 defeat.

It was a different story on Tuesday night as Stanley’s leading marksmen, Dion Charles and Colby Bishop scored at Rotherham to seal a 2-1 win in the Carabao Cup.

Charles opened the scoring in the first half, and despite a 76th minute equaliser for the hosts, Bishop found the net with just a few minutes to go to set-up a tie with Oldham in Round Two.

The two teams haven’t faced off against each other for over three years, when a 1-0 win to Stanley was the final result.

The overall record between the two teams doesn’t read well for U’s, with four wins for Accrington, three draws and just one win for United across eight games.

That lone win was one of the more memorable ones in recent years, as two injury time red cards and penalty saves from Will Norris meat United hung on for a 2-1 win.

Our last win vs @ASFCOfficial...

Tomorrow’s game will be the first time the two sides will meet in League One, with each of the previous meetings taking place in League Two.

Mark Bonner on the challenge of facing Accrington:

John Coleman on aiming to get a positive result:

“You don’t want to go too long without getting any points on the board but there are no easy games in football. Cambridge had a good result on Saturday and they will be looking to build on their positive start to the season. We have to try and get up and running and hopefully our fans will help us on.”

Benjamin Speedie, who was last put in charge of the Round One Carabao Cup tie between Coventry City and Northampton Town, has been appointed as Referee for Saturday’s game. Joe Simpson and Simon Clayton will be his Assistants and Paul Graham is Fourth Official.

Tickets are available from the Wham Stadium via the kiosk situated at the Coppice End of the ground at the following prices:

There is only parking available for pre-paid disability parking spaces but if you haven't yet organised your travel, online bookings for the CFU Away Coach are still being taken for £30 per person.

If you can't make the match, listen to live commentary courtesy of BBC Radio Cambridgeshire with an iFollow Audio Pass.

Despite a much improved second half display from the U’s, they were unable to turn around a 2-0 deficit that they had fallen to in the first half...

Goals from Butcher and Pell in the opening 45 minutes sealed the three points for the hosts – with Joe Ironside scoring what turned out to be a consolation goal for United, who pushed hard in the closing 10 minutes of the match and spurned a number of golden openings early in the game.

Mark Bonner named two changes from last Saturday’s League One curtain raiser against Oxford United – with Jensen Weir and Harrison Dunk coming into replace the Shilow Tracey and the injured Lloyd Jones. Weir came in to fill in the hole left by Paul Digby in central midfield, who had dropped into centre half following Jones’ absence, whilst Dunk came in as a straight swap for Tracey.

In front of a crowd of 2,077 (With 323 making the trip from Cambridgeshire), Stanley almost got off to a dream start thanks to a thunderous strike from Dion Charles, whose neat footwork allowed him some space on the edge of the U’s box, before smashing the cross bar.

United however responded well after 10 minutes, Hoolahan almost slotting Williams’ low cross into the net, with the ball narrowly missing James Trafford’s far post. A well-rehearsed United corner again gave Hoolahan a chance, however the Irishman couldn’t connect with the cross and the Accrington defence survived another scare.

Accrington took the lead on the 15 minute mark thanks to Matt Butcher, with the midfielder firing a brilliant half-volley past Mitov, who in truth couldn’t do anything to stop it. United were struggling to match the physicality of Stanley.

The first booking of the game came after 20 minutes, seeing Harry Pell of the hosts receive deserved yellow following a challenge from behind on Wes Hoolahan.

United’s best chance of the half came through Harrison Dunk, following some great work from Hoolahan playing in a wonderful ball in behind the Stanley defence, setting Dunk one-on-one with James Trafford in the Accrington goal – however the winger couldn’t finish, scuffing the shot from his weaker side.

The hosts doubled their lead after half an hour following some loose United defending, leaving central midfielder Harry Pell free in the middle to head past the helpless Dimitar Mitov.

Accrington’s yellow card count doubled after Joe Pritchard was booked for a challenge on Harrison Dunk, who had been in the wars during the opening 45 minutes.

The first real chance of the second half came in the 57th minute following an audacious half-volley on the turn from Weir, although, despite having the Accrington keeper worried, only landed on the roof of the net.

United made their first changes of the game around 15 minutes into the second half, with Sam Smith and Adam May coming on to replace Harrison Dunk and Jensen Weir respectively, a change that saw Bonner revert to a two-up top.

The U’s best passage of the game came around the 65th minute, following a string on unsuccessful deliveries into the Stanley area, Adam May was able to test Trafford with a well hit strike from the edge of the area – the Accrington number one was up to the challenge though.

United continued to dominate for the next 10 minutes, with much of their best play coming though substitute Adam May, who the Accrington defence struggled to handle.

The U’s pressure finally paid off in the 80th minute as Ironside’s shot from the edge of the area squirmed through the Accrington ‘keeper’s legs and into an empty net – United were really on top at this point.

Liam O’Neil tested Trafford again minutes after with a thunderous volley from the edge of the area, forcing the Manchester City loanee to brilliantly tip over his net.

Bonner’s final throw of the dice saw Williams replaced by Shilow Tracey in the final minute of normal time.

Despite continued pressure up until the full-time whistle, United couldn’t make their chances pay and fell to a 2-1 defeat.

Next up, United head down to Devon on Tuesday to face Plymouth at Home Park. 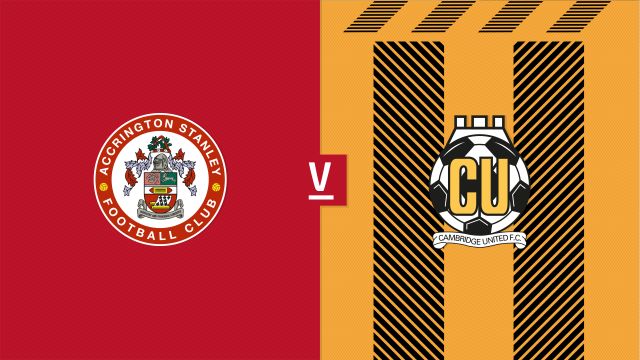 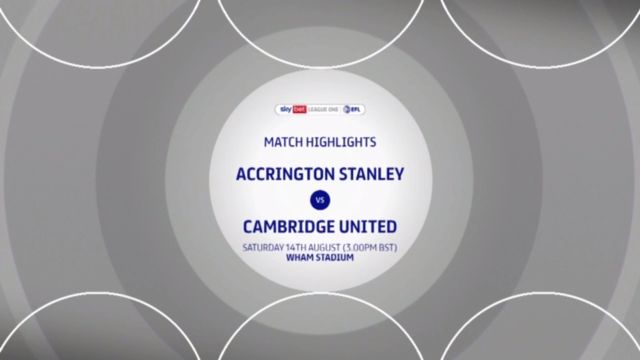 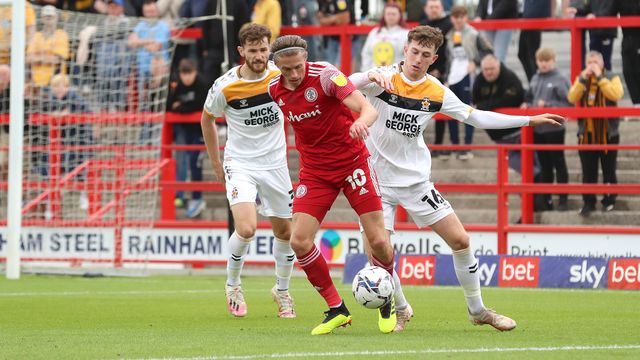