Cambridge United were on the receiving end of a 1-4 loss against a clinical Wycombe Wanderers side in their latest Sky Bet League One encounter at the Abbey Stadium...

Clinical at the start of both halves, Sam Vokes netted in the opening minutes of each to present the U’s with a strenuous task. Although Harvey Knibbs restored hope by prodding home from the bench in response to Josh Scowen’s sweet attempt, another long-range attempt this time from Garath McCleary moments before the whistle dealt the final nail.

Head Coach Mark Bonner shuffled his pack by making three changes from the side that ground out a plucky victory over Ipswich Town three days earlier - injecting fresh legs in Jack Iredale and Ben Worman, both making first starts since February, and Jack Lankester.

Back under the CB5 floodlights, the U’s were oozing confidence after successive wins on the road that had ensured they no longer needed to look over their shoulders. Instead, sitting in 13th, they could embark on the challenge of securing a top-half finish. The task ahead was one of great magnitude against a well-oiled engine unbeaten in six, conceding the solitary goal in that time, and eyeing up an instant return to the Championship.

Finding their feet, the U’s generated the first chance of the game after 2 minutes when George Williams, enjoying freedom to roam, drilled from 25 yards which scraped just wide of David Stockdale’s right post.

The breakthrough arrived the way of the Chairboys on the 6th minute when, after failing to fully clear Joe Jacobson’s corner, the ball trickled to the path of Anis Mehmeti whose long-range piledriver clattered against the post and on a plate for Vokes who stabbed home from six yards.

Purring, they almost handed United with a mountain to climb a couple of minutes later. After picking his spot, Daryl Horgan blasted a fierce attempt from over 20 yards that forced Dimitar Mitov into an applaudable save at full stretch.

Eager to carve out a swift response, the U’s spilled forwards on 15 through Iredale who delivered a cross to Paul Digby – the midfielder got his head to it, dipping well but lacking power as landed on the side netting.

The restored Aussie was at the heart of all United’s best play in the opening proceedings. This time, he picked out Lankester from similar range whose shot was well-blocked, ultimately killing the venom as it floated towards Stockdale.

The crossbar was rattled on the stroke of the half hour mark when, in a flash, Lewis Wing touched down and tested his luck with a speculative 30-yard effort.

As the first half progressed, it was Gareth Ainsworth’s men who conjured the best of the opportunities. After a mistake down the left on 36, the ball generously fell straight to Vokes who took a quick touch and squandered.

In truth, the hosts were fortunate to head into the break with a one-goal margin after prodigy Mehmeti showcased his long shot prowess with a 25-yard execution that lashed the post and out of danger.

The U’s were dealt a heavy introduction to the second period and had to remain valiant. On the 50th minute, they were sliced open in the backline - allowing Vokes to race towards goal and, in a one-on-one position, pulled the trigger from yards which Williams was on hand to deny a certain goal with a last-ditch tackle.

The defence was breached on 53 when Vokes bagged his brace for the night. Jacobson recycled the ball and picked out a floating cross where the Welshman popped up first to convert home with a professional instinctive finish.

Matters worsened two minutes later when the U’s were costly stung with a quickfire second. Despite clearing their lines, the ball could only fall to Scowen from outside of the box who struck with aplomb, slicing straight in the corner of the goal.

With pace to burn, McCleary marauded forwards after skinning his man on the 58th minute and whipped in a cross to a looming Vokes inside the six-yard box whose header couldn’t pass Mitov as it tapped the crossbar.

Unleashing a triple substitution on the hour mark, the U’s showed desire to claw something back after 68 minutes. On a mesmerising surge towards the final third, Lloyd Jones squared it to Knibbs who fired wide.

The aforementioned striker grabbed a consolation on 78 when he was fed by Ironside’s header – which allowed him to rush into the penalty area and dispatch.

Unfortunately for United, it couldn’t spearhead late drama as the Chairboys finished proceedings on the 88th minute through McCleary, who was presented with time to lash into the corner from 25 yards.

It proved the last of the action of a physically demanding evening for Bonner’s men as the visitors secured a rampant double.

The U’s will look to bounce back on Saturday (9th April) when they welcome relegation-threatened Morecambe to Cambridgeshire. Be sure to get behind the boys for the final stretch. 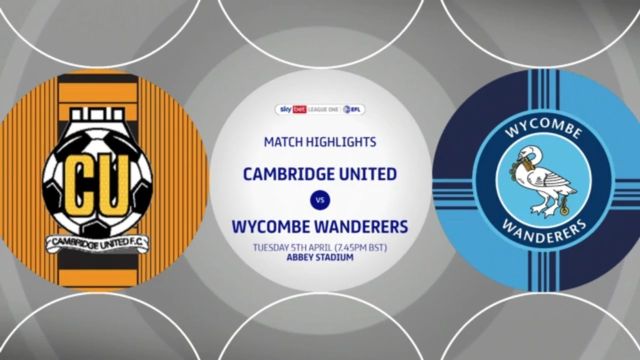 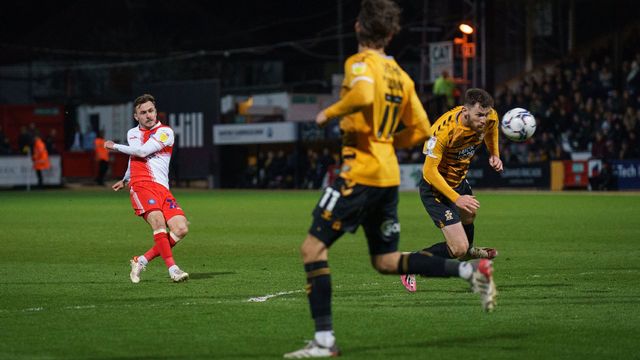