Off the back of Saturday’s win over League One leaders Wigan Athletic, Mark Bonner’s men prepare to host Charlton Athletic at the Abbey…

Fans who can’t make the game can stream the game live with an iFollow Match Pass. Match Passes cost £10 and are available to purchase by clicking here.

Having failed to make the play-offs last season after missing out on goal difference, the Addicks looked destined to be battling it out amongst the top six prior to the new season. However, managing to secure only two wins in their opening 13 games saw Charlton mired in the bottom four midway through October, a run in which ultimately cost Nigel Adkins his job.

Renewed optimism later returned to the Valley after club icon Johnnie Jackson once again impressed while in temporary charge of the club for the second time, with the Camden born manager later being handed the reigns on a full-time basis following a run of six wins in his opening nine, setting the Addicks up in good stead for the second half of the season.

The Addicks will be looking to bounce back at the Abbey on Tuesday night, having lost 3-2 to Morecambe at the Valley on Good Friday, with Stockley and Aneke’s goals not enough to deny the Shrimps picking up a vital three points in their battle for survival.

How United go into the fixture

Harvey Knibbs and Sam Smith secured another memorable win for United as Mark Bonner’s men overcame title challenges Wigan Athletic at the DW Stadium on Saturday; in turn picking up their 15th League One win of the campaign.

United head into Tuesday’s penultimate Abbey showdown of the season having won four of their last five outings, only tasting defeat in their last outing at the Abbey, against Wycombe.

Mark Bonner will be without both Sam Sherring and Harrison Dunk ahead of Tuesday night, who were both out of Saturday’s win. However, the boss did confirm that Wes Hoolahan would return to action.

Conor Washington stole the show in the return fixture in November, scoring both goals as the Addicks ran out 2-0 winners at the Valley, with the home side that day enduring their best run of the season under the stewardship of Johnnie Jackson.

Prior to November’s clash, the U’s had not locked horns with Charlton this millennium, having been separated by as many as five divisions throughout the noughties.

Perhaps surprisingly, history favours Mark Bonner’s side heading into tonight’s game, with the U’s enjoying eight wins over the Addicks since 1973, two more than their counterparts, who have beaten the U’s on six occasions over the last 49 years.

Paul Howard will referee Tuesday night’s game at the Abbey. It will be the first time since the U’s 2-2 draw with Fleetwood Town in September that Howard has taken charge of one of United’s games.

Howard will be joined by assistants Leigh Crowhurst and Josesph Stokes ahead of Saturday’s clash, with Declan Ford being appointed as the game’s fourth official.

As expected, Mark Bonner rang the changes with seven named ahead of kick-off. Liam Bennett, Liam O'Neil, Wes Hoolahan, Shilow Tracey, Jack Lankester, Ben Worman and Will Mannion – who was making his debut – all came into the team.

Despite all of the changes, it was the U’s who looked the more assured and dangerous during the opening half.

Tracey had a great chance to get the game off to a blockbuster start when he was released into space as he beared down on goal, but saw his shot blocked after holding onto the ball for a touch too long.

With 13 minutes played, arms were aloft around the Abbey as it looked like Smith had given the U’s the lead, but after Hoolahan had laid the ball to him on a plate, the striker curled agonisingly wide of goal.

Lankester and Worman both spurned good sights of goal soon after, with the latter’s chance being the most presentable but the youngster couldn’t keep his effort down after hitting it first time.

A rare Charlton attack in the 41st minute resulted in Mannion being made to work for the first time in the game, as Washington fired straight at the goalkeeper when faced him one-on-one.

The visitors increased their threat after the break as Gilbey saw two efforts from outside of the box saved by Mannion before Stockley missed the chance of the match – heading just wide of the post from 6 yards out after his strike partner Washington stood the ball up for him to nod in.

Just before, the ever-dangerous Tracey was played through on goal by O’Neil but tried to pick out Smith in the centre instead of going for goal, and his pass was cut-out by a covering Charlton defender.

Digby, Knibbs and Ironside all joined the action at the mid-point of the second half as the U’s looked to find the goal that would consolidate their top-half place.

Mannion was enjoying an excellent debut between the sticks and made his most important contribution with 20 minutes left in the contest, as he palmed over a close-range Connor Washington strike to deny the Charlton striker.

He could do nothing about the goal that gave the Addicks the lead just a few minutes later though, as Blackett-Taylor worked his way into the box before striking the ball into a crowded six-yard box, which deflected into the net off the unfortunate Worman.

Eager to make a telling contribution at the other end of the pitch, Worman went for goal from 30 yards out in the immediate aftermath, which forced MacGillivray to spill the ball back into the area where Smith was waiting, but unable to pounce as the ball bounced away from the striker.

The second Charlton goal was equally as cruel for Mannion and the U’s as Aneke’s strike on goal from distance deflected off Washington - taking a fierce change of direction – and nestling into the net.

Smith came inches away from his 20th goal of the season as the minutes dwindled down, but his half-volley from a narrow angle was brilliantly saved by the Charlton stopper.

United will now aim to pick up another away day scalp at Sunderland on Saturday as just two games remain in the League One season. 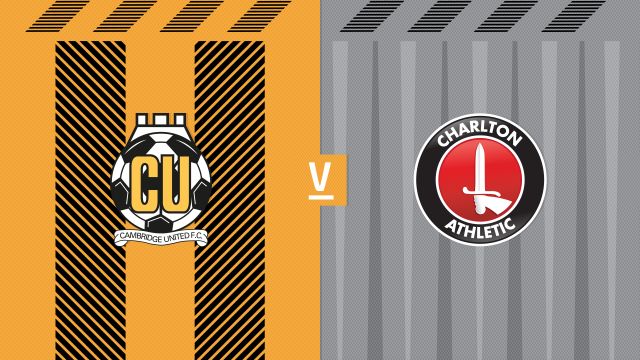 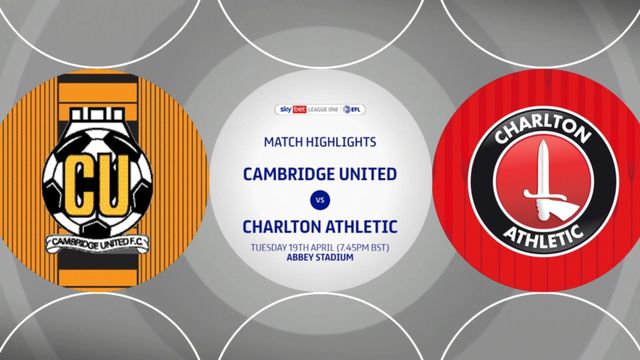 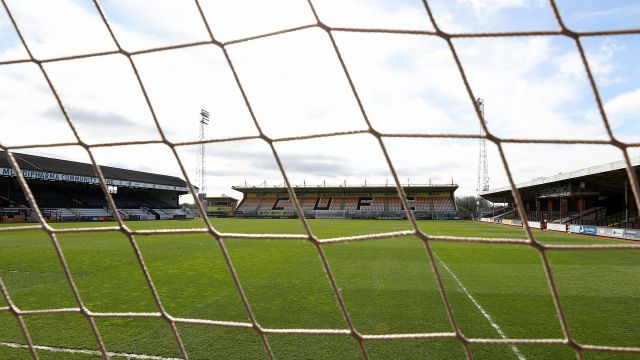