Cambridge United made the perfect start to their 2020/21 Sky Bet League Two campaign, with a comprehensive 3-0 win over Carlisle United at the Abbey.

Goals from Luke Hannant and Paul Mullin set the tone for United, before Joe Ironside completed a fine afternoon in the sunshine for the hosts.

Mark Bonner named an unchanged side to the one that started the fixture against Birmingham City in the Carabao Cup a week earlier.

United’s most notable summer signing Wes Hoolahan, had an early glimpse at the Cumbrians goal on six minutes, but wasn’t quite able to dig a half volley from underneath him and in the end dragged his effort wide from 20 yards.

Mark Bonner’s men looked lethal though, and soon broke the deadlock inside ten minutes. Joe Ironside towered over any Carlisle player within a ten yard radius to flick a long ball forward perfectly into the path of Luke Hannant, who carried possession into the visitor's area and neatly finished past Farman.

The U’s doubled their early season delight on 17 minutes, with Paul Mullin scoring his second goal in as many games, bulleting a header into the Carlisle net from six yards to dispatch Kyle Knoyle’s pristine delivery.

In fact the only disappointment for the U’s in the opening half, was the early departure of Liam O’Neil shortly before the half an hour mark, being replaced by Adam May.

United had to battle hard for long spells for much of the remainder of the first half, and were fortunate not to see either one of a Omari Patrick or Gima Toure’s shots sneak in ten minutes before half time.

The U’s also had the chance to extend their first half lead, but Joe Ironside got caught in two minds as to whether to square a pass to Mullin or take a shot on himself, when in behind the Carlisle defence. In the end the ball was snaffled up by Farman.

United were forced to weather a sustained spell of pressure for the first ten minutes of the second half, but did so well with Mitov untested.

Knibbs and Iredale were both brought on by Bonner to provide fresh impetus, as the U’s defended their 18 yard box and their advantage manfully throughout the half, as they completed their fifth clean sheet in a row.

Joe Ironside wrapped up the job for United on 85 minutes, hammering in his first goal for the Club from another Kyle Knoyle assist, to complete the U’s work for the day. 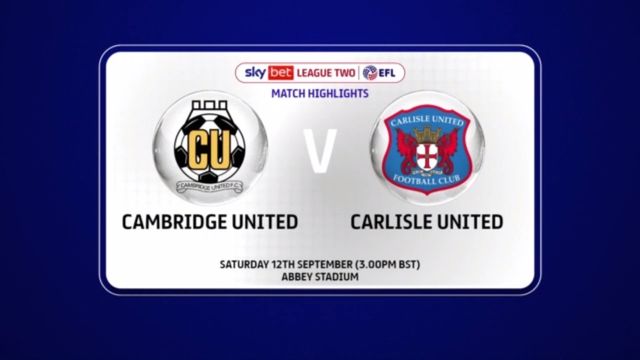 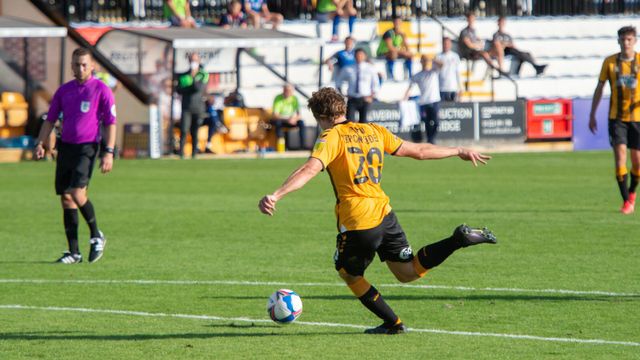