A second brace in two games for Paul Mullin, accompanied by an own goal from Tyler Cordner and a second half brace for Joe Ironside earned United a fully deserved three points which moved them back to the top of the division.

United lined up with just a single change, with Mark Bonner electing to rest Wes Hoolahan and bring Joe Ironside back into a front two alongside Paul Mullin.

After an early opening for Ryan Loft with the Scunthorpe striker finding himself beyond United’s back four but unable to test Mitov before Darling raced back, the U’s dictated the early pace of the game.

Somehow the ball escaped the toe of Harry Darling who looked certain to scramble in an opener on five minutes at the back post on the end of his centre back partner Greg Taylor’s header across the target, but the hosts managed to nudge it away for a corner.

Mark Bonner’s men were denied a strong penalty claim from the resulting set piece when a Hannant shot from the edge of the area looked to have clattered a raised arm by the Iron, but referee Chris Sarginson was not interested for now.

In a frantic opening 15 minutes, Scunthorpe looked a threat themselves and spurned perhaps the best chance through Ryan Jarvis, whose first touch in the U’s area was good enough to create time for a shot, which he duly lifted over the bar.

Joe Ironside had an effort chalked off midway through the half, with the flag raised against the striker who had ghosted in to finish a spilt save from Rory Watson.

Greg Taylor recycled a half cleared corner excellently on 30 minutes, clipping a cross into the path of a clever run by Mullin, who wasn’t quite able to get over his header at goal to keep it on target.

United’s offensive persistence paid off though and they deservedly took the lead through Mullin, who made no mistake with a powerful effort from the penalty spot, after Paul Digby had been hauled to the ground.

Harrison Dunk was unfortunate not to extend the advantage soon after, keeping great composure to hit Kyle Knoyle’s cut back cross from 18 yards, but Watson snaffled up the low shot in the centre of his goal.

The U’s would go down the tunnel at the break with a two goal cushion. Paul Mullin winning a penalty himself with quick footwork, before getting off the turf and applying the same method past Watson, rifling a low shot up the centre of the goal to round off an exceptional half.

Those expecting United to sit back on their lead in the second period were quickly put right. A typically determined run into the box from Luke Hannant, who had been a thorn in the side of the Iron throughout the opening half, followed by a stab at goal made its way into the back of the net to make it three on 50 minutes.

Myles Hippolyte gave United a man advantage too with a pair of quickfire fouls which gave Chris Sarginson no choice but to send the Scunthorpe man off with 35 minutes still to play.

Joe Ironside quickly got in on the goalscoring, taking the ball on his left foot and powering a shot through the fingers of Watson, marking his 27th birthday in style with his second goal of the season.

Mark Bonner elected to give Harvey Knibbs, Idris El Mizouni and Hiram Boateng a 30 minute run out for the remainder of the match.

Knibbs was a lick of paint away from registering when the striker made contact on the stretch to direct a sublime cross by Harrison Dunk goalwards, but it clipped the top of the goal frame with 18 minutes left to play.

Bonner’s men were utterly dominant for the remainder of the fixture, and they converted that with fifth goal six minute from time. Joe Ironside was perfectly placed to meet a cross off the left from Iredale and flick it with his header into the net from eight yards. 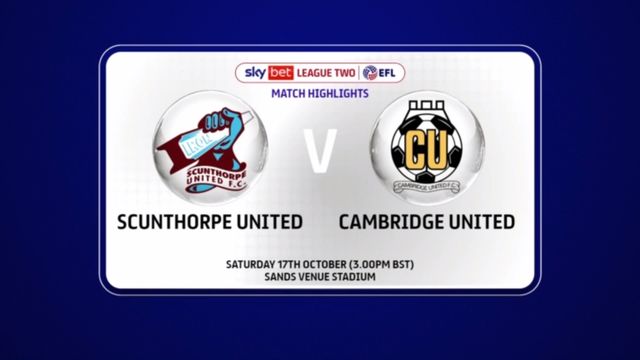 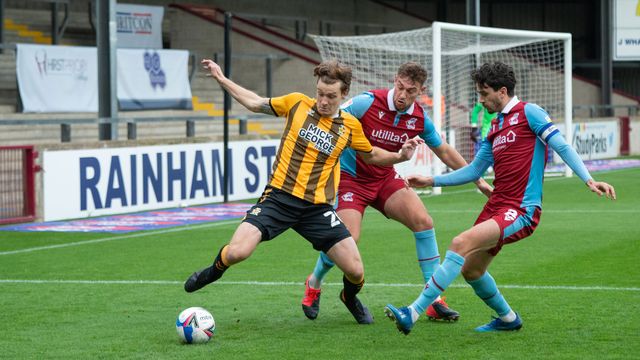