Cambridge United fell to their first defeat of the season, as Exeter City sunk the U’s 2-0 on a wet and windy afternoon at St James’ Park.

The U’s were unable to recover from a pair of first half goals from Matt Jay and Joel Randall.

United actually began the game the livelier of the two sides. A clever flick around the corner by Wes Hoolahan released Kyle Knoyle one on one, but Lewis Ward in the Exeter goal was quick to shut down the shot from the U’s right back. Robbie Cundy forced another early save from the Grecians keeper from the resulting corner with a header at close range which was tipped over the top.

Paul Mullin was also played through on goal by a similarly neat pass from Hoolahan on eight minutes, but the U’s striker also came out second best with Ward one on one.

It was the hosts who then broke the deadlock from the penalty spot on 17 minutes, Matt Jay registering the first League goal past Dimitar Mitov, after Randell Williams had been brought down by Harrison Dunk.

An expertly timed sliding challenge by Paul Digby provided possession for Wes Hoolahan to cross from the left on the half hour mark, but neither Mullin or Joe Ironside were quite able to make the contact required to poke in a leveller.

However, the U’s task doubled in severity ten minutes before the break, when Joel Randall pinched possession from Robbie Cundy, before charging into the box and squeezing a shot beneath Mitov.

United were fortunate not to be three behind when Williams spurned a chance on the counter attack, blasting an effort over from inside the U’s area shortly after.

A shot from Knoyle which curled away from the target was as close as the U’s came to pulling a goal back before the break, whilst Matt Jay would have been disappointed not to have extended his goal tally for the afternoon when his side foot from six yards was stabbed wide.

Mark Bonner’s men dictated the play for much of the second half, but found the Grecians a tough nut to crack in the tricky conditions, with the hosts seeing out the result. 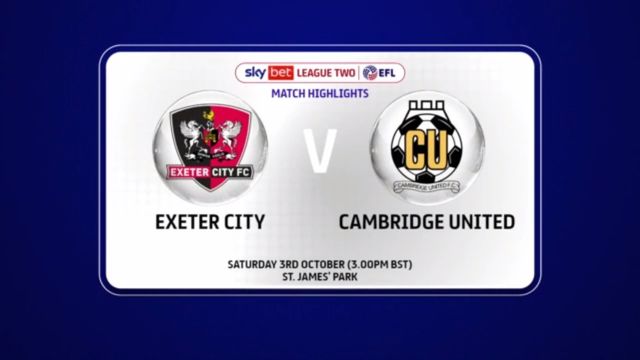 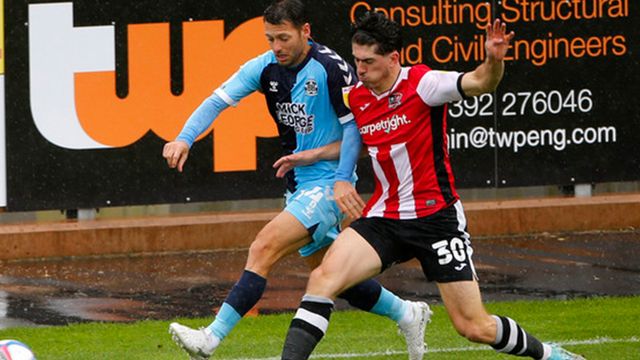