Paul Mullin's sublime strike sparked pandemonium at the death as Cambridge United secured a 1-0 victory over Walsall at the Abbey Stadium.

With the encounter looking destined for a stalemate, the striker cannoned in his 25th goal of the season in added time to ensure United retain their position in the Sky Bet League Two automatic promotion spots.

Aiming to banish memories of successive defeats on home soil, Mark Bonner named two changes to his side. A fully-rested Wes Hoolahan returned, alongside Hiram Boateng who was deployed in the heart of midfield as the U’s tinkered with their shape. It was a game too soon for Luke Hannant however, whose neck injury ruled him out.

Eager to gain a first win in seven, the first chance of the afternoon fell the Saddlers way on the 10th minute. A Max Melbourne cross found the head of Caolan Lavery inside the penalty area, but the striker couldn’t direct it towards goal. Their intent continued moments later when a speculative Sam Perry effort blazed wide of the crossbar.

After spending the opening quarter of an hour dealing with a lively strike partnership of Lavery and Josh Gordon, United enjoyed a heavy spell of possession and went close through Harrison Dunk on 18 who pulled the trigger from outside of the area, drilling just wide of Liam Roberts’ far post.

Callum Burton was on hand to deny former U Emmanuel Osadebe three minutes later, whose delicate touch and acrobatic attempt from 12 yards was impeccably pawed over by the sharp shot stopper.

Full-back Hayden White proved menacing for the travellers on the 34th minute, jinking past amber colours down the right before firing his angled attempt right at the side netting.

A defence-splitting pass from Osadebe found Tyreik Wright deep down the right on 39, with the substitute attempting a curler which steered wide of Burton’s right post.

It concluded a scrappy first half where opportunities were at a premium for the hosts, who were yet to generate enough in the final third but had done their job defensively in a game which remained in the balance.

United’s reaction after the break was positive, possessing an improved attacking intensity. Mullin found the space down the left on 46 to deliver a dangerous cross towards the aerial threat that is Joe Ironside, the striker latched onto it with power but it was straight at the palms of Roberts.

As the encounter reached its latter stages, it had become increasingly clear that both attacks had been nullified equally well. It was the U’s who had seen more of the ball in the dangerous positions, with Ironside on hand to fight for every ball. Their best chance of breaking the deadlock came on the 73rd minute when Hoolahan engineered a ball to Adam May, who couldn’t hit the target from 20 yards. Shilow Tracey was introduced to the field of play shortly after to add speed and width to a side who were starting to pepper the Saddlers goalmouth.

Gordon was handed a couple of opportunities for Brian Dutton’s side. Firstly, cannoning high and wide from the right and then on 83 a menacing drilled attempt was thwarted by Burton who dived well to see out the danger.

With virtually seconds left of the encounter, Mullin picked his spot from over 20 yards and rifled home the sweetest of strikes to secure a last-gasp victory for the U’s and ensure a double over the Saddlers, and a precious three points. 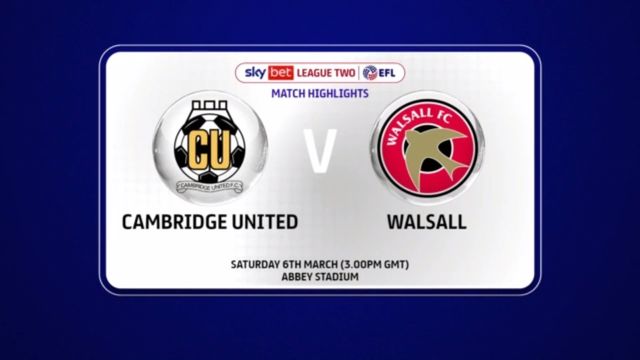 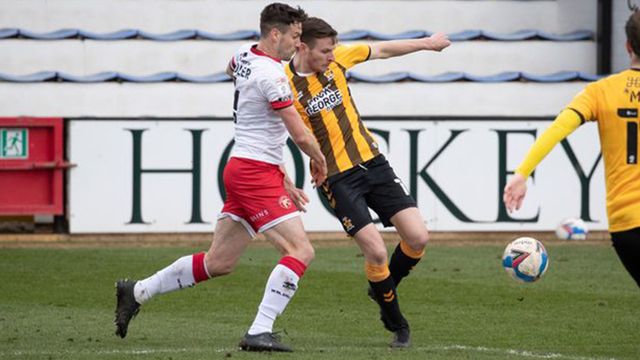