Cambridge United were unable to muster a late fightback against Bolton Wanderers, who claimed the spoils 2-1 in Sky Bet League Two.

The damage was done for the U’s in a first half which saw Eoin Doyle and Antoni Sarcevic put the Trotters two goals clear, which proved an unassailable lead despite an improved second half display and Kyle Knoyle’s second goal of the season.

Mark Bonner made two changes as Luke Hannant and Shilow Tracey stepped in on either side of a four man midfield, whilst there was also a notable return of Paul Digby to the U’s bench.

United were up against the division’s in-form side with the Trotters unbeaten in nine games, winning seven of those, but Mark Bonner’s men accustomed themselves well in the early stages and opened up the first shot on goal. Shilow Tracey displayed his pace to burst into the Bolton area before firing a left footed effort on target, which Matt Gilks awkwardly parried away om 11 minutes.

The U’s were dealt a warning of the host’s undoubted quality shortly after when Declan John delivered an exceptional cross from deep to find Eoin Doyle on the volley, but Callum Burton was on hand to make an equally impressive save to keep the game scoreless.

John went extremely close himself for Bolton midway through the half, but his free kick from 20 yards just cleared United’s cross bar. Burton was down quickly to deny Oladapo Afolayan ten minutes before half time, but the U’s resistance to a highly threatening Bolton side didn’t last much longer.

Eoin Doyle finished expertly on 37 minutes from ten yards when he received a pass into his feet from Gethin Jones, and six minutes later United were two behind after Antoni Sarcevic hammered in a half clearance from a similar distance with both Burton and United’s defence scrambled across the goalline.

The task was clearly a significantly uphill one for the U’s in the second half. Paul Digby made his return from injury on the hour mark, as Mark Bonner provided fresh legs in midfield in a double substitution with Liam O’Neil.

Callum Burton made an excellent save on 66 minutes to keep the deficit to just two goals, throwing himself across his goal to get a glove on MJ Williams effort which looked destined for the bottom corner. He was called into action again soon after to close down Afolayan one on one, with the U’s keeper standing tall and using his body to stop the Trotters wide man in his tracks.

The U’s stuck in the game though and set up an interesting final ten minutes when Kyle Knoyle’s shot was bizarrely spilt by Bolton keeper Gilks and somehow made its way over the goal line.

United applied pressure for a late leveller, but the closest they came was on the end of a long Jack Iredale throw in which caused a scramble in the Bolton area but ended with Paul Mullin looping a shot over the bar. 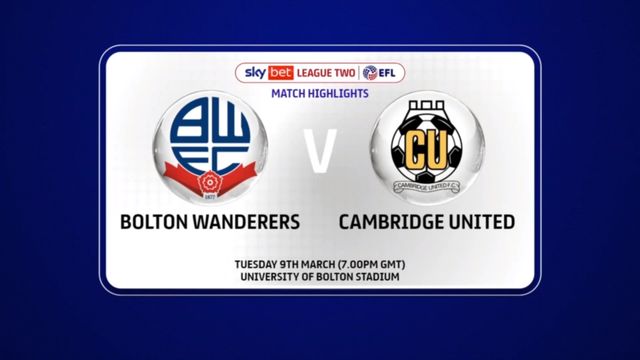 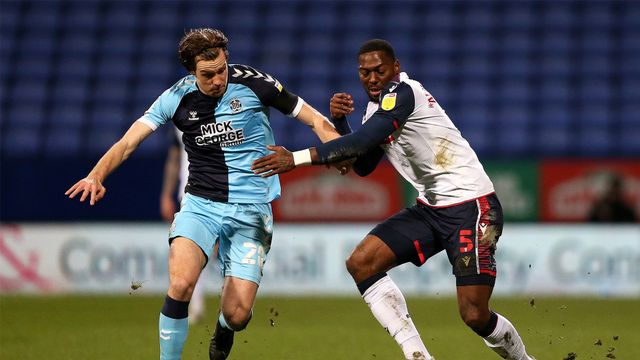