A second half Paul Mullin brace and late Knibbs goal ensured Cambridge United returned to winning ways in Sky Bet League Two with a physical 0-3 victory over Mansfield Town at the One Call Town.

Mullin moved to within two of David Crown’s club record of 24 League goals before Harvey Knibbs smashed in a third in stoppage time, as Mark Bonner’s side solidified their place at the perch of the League Two table.

Mark Bonner made a pair of changes with Liam O’Neil making his first start since September, and Harrison Dunk returning having missed the previous fixture with Southend United.

On a challenging soft surface both sides looked to get to grips with the pitch in the early stages which saw little goalmouth action.

Joe Ironside powered in a header from a Kyle Knoyle cross on six minutes at close range, but referee Sam Purkiss rightly chalked the effort off for an overzealous wrestle to win the ball on Farrend Rawson.

Jordan Bowery had the first clear cut chance of the game on 23 minutes when invited to shoot on his right foot by the U’s defence inside the 18 yard box, but the Mansfield striker fired beyond Burton’s far past.

The game continued to be brutally competitive with the pitch really dictating it could only really be about which side could physically compete stronger than the other. Joe Ironside epitomised this in the way he made himself a real handful for the Stags defence all half.

The best chance fell the way of Wes Hoolahan five minutes before the break, the Irishman picked out in an unmarked position at the back post by Greg Taylor’s chipped pass, but Aidan Stone used his shin to great effect in the Mansfield goal to deny United an opening goal.

The U’s did however earn themselves the lead just before the hour mark with an excellently worked goal.  The outstanding Joe Ironside battled with Rawson to free up Luke Hannant in possession on the halfway line who played a precise pass into the path of an overlapping Dunk down the left wing. He crossed neatly into Mullin who as expected provided a composed finish to register his 23rd goal of the campaign in all competitions.

He made it 24 shortly after, this time Liam O’Neil the provider with an exquisite cross for Mullin who had time to take a touch and score past Stone from the tightest of angles.

From there Mark Bonner’s men managed the game expertly and went close to registering a third ten minutes from time but Knoyle’s firm effort on target was palmed away by Stone at his near post.

The U’s would get another though through Harvey Knibbs in stoppage time, who popped up at just the right moment to hammer home his second League goal of the season underneath the Stags keeper to round off a sublime afternoon. 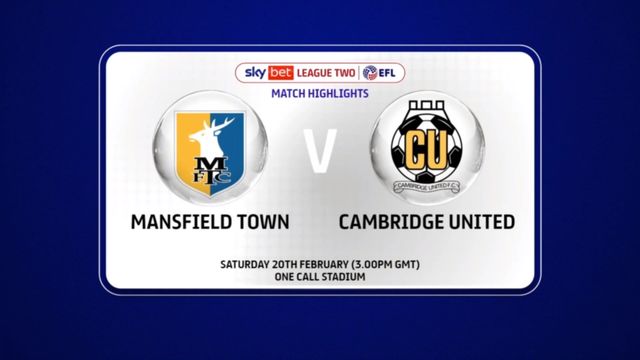 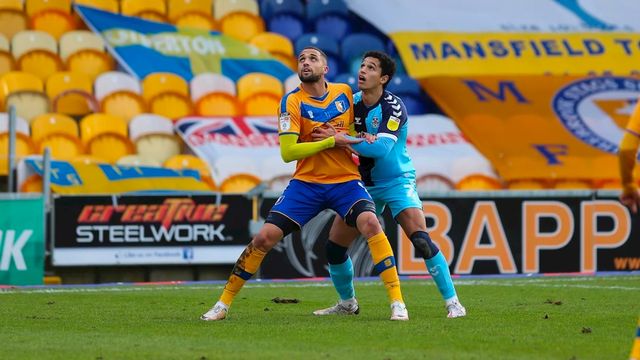