Cambridge United recorded back to back League Two wins, with Liam O’Neil’s second goal for the club deciding a tight tussle with Newport County at Rodney Parade.

The midfielder calmly despatched the only goal of the game midway through the second half, as United ended their drought on the road and picked up their first three points against the Exiles in three years.

The U’s lined up with just one change, with Mark Bonner feeling the game would be more suited to Harvey Knibbs as the striker moved back into the starting eleven after his match winner against Colchester a week earlier, in place of Idris El-Mizouni.

It became hugely evident in the early stages what sort of game the hosts would be favouring, as they hurled a pair of long throws and a series of hopeful deliveries into the U’s box where they were looking to cause havoc on the end of the unpredictable bounce from a cut up playing surface. United held firm through the opening quarter of the match though, with Burton completely untested.

The Exiles were forced into an early substitution with the injured Josh Sheehan departing on 25 minutes, and replaced by Padraig Amond who had proved a lethal opponents for United before.

However the U’s then opened up the clearest opportunity of the game when Kyle Knoyle fired a whipping cross on to the head of George Maris, who directed the ball back into Victor Adeboyejo but the striker stabbed a volley fractions wide from six yards out with everyone in Rodney Parade expecting to see the net bulge.

Bonner’s boys remained ugly but efficient right up to half time to keep the Exiles out, with Burton extending his right leg in first half stoppage time to divert away a Jamille Matt drilled shot and keep the score goalless at the break.

When the U’s returned, George Taft was amongst their ranks as the centre back replaced Harry Darling with the youngster having picked up a knock.

Newport skipper Joss Labadie fired well over from 12 yards under pressure from O’Neil and Knibbs ten minutes after the break, when a corner for the host had bounced around the United area.

Mark Bonner introduced Paul Mullin shortly after to give the Tranmere loanee his first run out since arriving at the Club, and provide additional legs for the U’s up top.

And Mullin played a key role in the game’s decisive moment, with his speculative effort from range seeing Newport keeper Tom King only able to parry as far as Adeboyejo, who after a skewed shot laid the ball back to Liam O’Neil to calm roll in United’s goal on 68 minutes.

It sparked a reaction from the hosts but neither Padraig Amond, who glanced a header wide, nor substitute Tristan Abrahams, who was denied by outstanding defending from Dunk, could pull the Exiles level from promising positions inside the United area.

The U’s still offered a threat on the counter with Mullin fizzing an excellent shot inches wide with Tom King at full stretch as the game moved into the final ten minutes.

The closing stages were a touch hairy for the travelling United fans, but the U’s defended their 18 yard box admirably with a late Labadie bobbler of a shot dribbling wide to ensure the points travelled back to Cambridgeshire.

Get behind the U’s as they look to make it three wins on the spin in League Two away at Scunthorpe United, on Tuesday evening (K.O. 7:45pm).

Having shaken off their drought on the road at Newport on Saturday, Mark Bonner’s boys look to continue their upturn in form at Glanford Park.

Ticket are priced as follows:

The Club will be putting on away coach travel, which will depart Ely at 2:15pm and the Abbey Stadium at 3:00pm. Places are priced as follows: 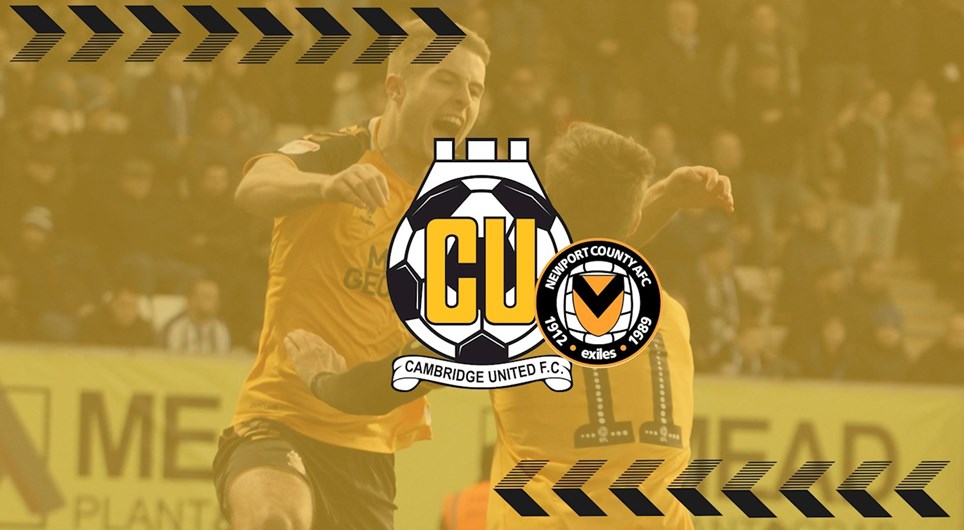 AWAY TICKETS AND TRAVEL | NEWPORT COUNTY